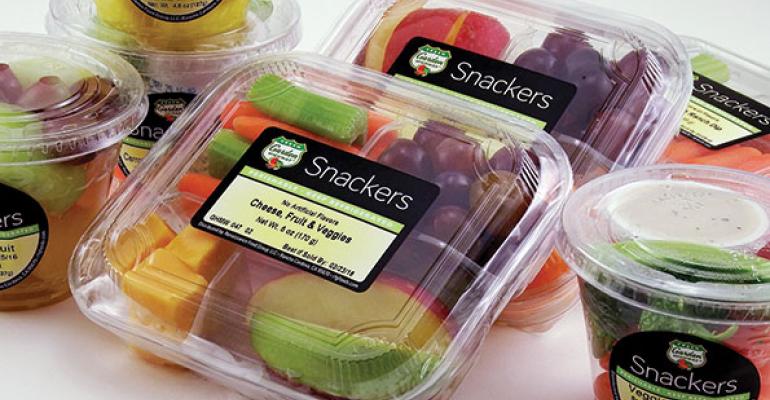 Fruit-and-vegetable medleys on the cutting edge

There’s more to value-added produce these days than just bagged salad and celery sticks. With consumers increasingly seeking out convenient yet sophisticated meal solutions, retailers have begun offering culinary accompaniments that give their shoppers a leg up in the kitchen.

At Buehler’s Fresh Foods, Wooster, Ohio, a special value-added case inside the produce department carries all sorts of fresh meals and snacks. Lunch samplers that combine fruit, cheese and pretzels inside a single tray have proven popular, as have packages of fruits and vegetables with dip.

The star performer of late, though, is a line of meals called “Ready. Chef. Go” that combines vegetables, seasoning and sometimes a protein like chicken, shrimp or salmon, all inside a microwaveable bag. Selections include a California medley, asparagus stir fry, and broccoli and cauliflower with cheese.

Jeff Tomassetti, Buehler’s director of produce and floral, said the retailer purchases the microwaveable bags, fills them in-store and attaches preparation instructions to each bag.

“The convenience factor has been a big win for us,” he said. “More families have two incomes now, and they want those healthy offerings even if they don’t have the time to prepare them.”

Convenience is also a big selling point for value-added produce at Rouses, Thibodaux, La. Side dishes like bags of diced and seasoned potatoes are selling well, as are accompaniments like Green Giant’s Cauliflower Crumbles, which can be sprinkled over salads, pizzas and other dishes.

Patrick Morris, Rouses’ produce director, said he’s also seeing a lot of interest in items that require some prep work by the consumer, like packages of cut greens that come with a seasoning packet for sautéing.

Overall, Morris said he’s seeing dramatic sales growth with his value-added selections. Not only have they boosted his bottom line, but they’re also drawing in valuable customers, like Millennials, who might otherwise avoid the produce section.

“We’re really targeting that younger customer, and we think a good way to do that is to make meal preparation easier for them,” Morris said.

Indeed, sales data shows that at-home cooking is a driving force in value-added produce. According to Nielsen Perishables Group, Chicago, sales of value-added vegetables devoted to meal prep increased 17% over the past year, and volume increased 13%. Pre-cut peppers and onions lead growth within the segment, followed by vegetable medleys.

Overall, sales growth of value-added fruits and vegetables are twice that of regular produce, according to Nielsen.

“Consumers are changing the way they’re eating, which is elevating the importance of fresh and changing the way fresh is being sold,” said Jennifer Campuzano, director with Nielsen Perishables Group.

Some retailers are taking the opportunity a step further by adding value-added services to their produce departments. Lowes Foods, Winston-Salem, N.C., offers a “Pick & Prep” station where an employee will slice, dice and prepare customers’ fruits and vegetables while they shop. Eataly, a gourmet market with locations in New York and Chicago, offers a similar service with its vegetable butchers.

Others, meanwhile, are  committed to offering fresh takes on trending ingredients. Stew Leonard’s, Acme and other stores carry packages of noodles made from squash, zucchini and other vegetables. According to Campuzano, veggie noodles like these are an emerging trend at supermarkets throughout the country.

Tomassetti pointed to Brussels sprouts and kale as two popular vegetables that perform very well as value-added options. Avocados, too, are a popular commodity used in innovations centered on convenience. Tomassetti said he’s considering a shrink-wrapped avocado half that customers can use with salads and sandwiches.

“Whatever is trending in the produce world, like avocados and Brussels sprouts, I think those are the things you need to be bringing into your value-added section,” said Tomassetti. “People want what’s hot.”

Morris echoed that sentiment, pointing to the popularity of the shaved Brussels sprouts he carries at Rouses.

“Value added is starting to trend away from the mainline commodity items to more of the fringe items,” he said. “Nobody ever used to eat Brussels sprouts, but now people can’t get enough of them.”

At the same time, retailers agreed, it’s important to excel at the basic categories, like cut fruit and value-added products for kids. Rouses features a special kids’ set in its value-added section that offers sliced apples, carrots with ranch dip and other products — all merchandised low, where tiny fingers can grab them.

At Buehler’s, Tomassetti said he has a lot of success merchandising cut fruit in with the commodity items. Watermelons, which he’ll offer whole, in halves, quarters and chunks, are a notable example.

“I think you’re appealing to different customers,” said Tomassetti. “You can offer that whole melon for $4.99, but when you cut it up into halves, quarters and chunks, that melon more than doubles in price, and people are willing to pay it.” 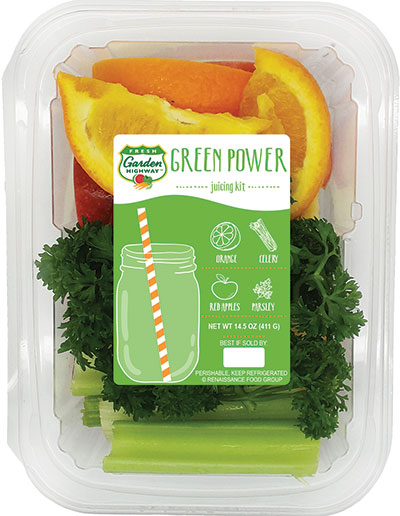 With demand high for cold-pressed juices, Renaissance introduced this at-home kit that provides all the produce necessary to make a fresh 8-ounce cup of juice. The line is available in seven different retail-ready varieties and four foodservice varieties. 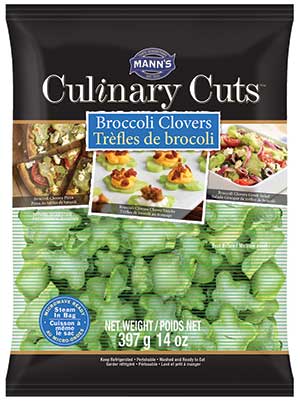 Mann’s has expanded its  Culinary Cuts line of bagged, pre-cut produce to include three new varieties: Shaved Brussels Sprouts, Cauliettes and Broccoli Clovers. Marketed as a healthy snack or side dish, each bag contains four to five cups of vegetables that can be microwaved, steamed or sautéed according to on-pack instructions.