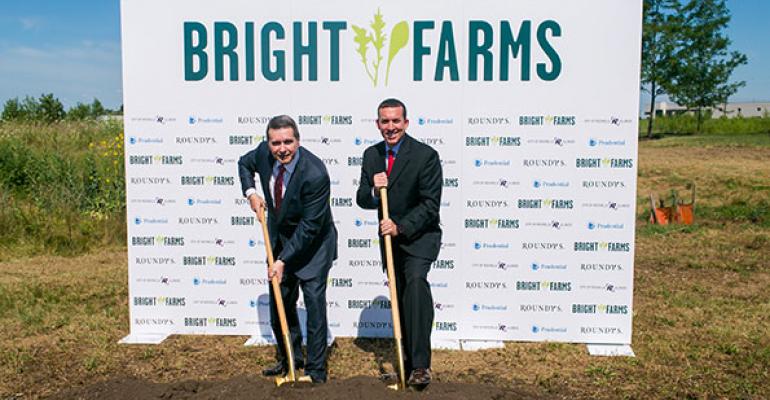 Greenhouse to supply Roundy's with 1M pounds of produce

BrightFarms broke ground Thursday on a 160,000-square-foot greenhouse that will exclusively supply Roundy’s stores with 1 million pounds of produce a year.

“We're thrilled that our stores will be able to deliver consumers the freshest, most local greens, herbs and tomatoes possible,” Bob Mariano, CEO and chairman of Roundy's, said in a press release. “BrightFarms is a model for the future of food and we look forward to exemplifying, together with them, what that future should look like.”

The greenhouse is expected to be complete in early 2016.

BrightFarms currently sells produce from other greenhouses at McCaffrey’s and various A&P banners.