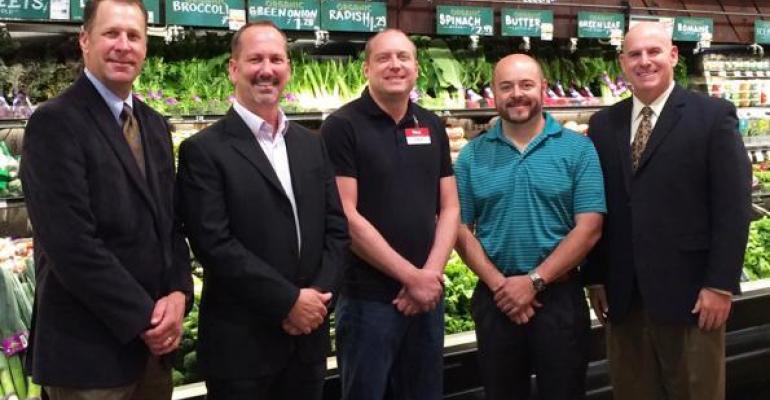 The United Fresh Produce Association has begun the nominating process for its 13th Retail Produce Manager Awards program, which will honor 25 individuals at the association’s annual show in Chicago June 13-15, 2017.

Northgate Gonzalez Market first nominated one of its produce managers for the award four years ago, and it has nominated one employee every year since. Two of its nominees were selected as winners.

Alfonso Cano, Northgate’s director of produce, called it a “game changer” for the winners, who sometimes do a “thankless job.”

“The main thing for me is these guys getting recognition,” said Cano.

For its nominees, Northgate looks to produce managers who take initiative to try creative ideas in the department.

“They do things above and beyond. They start where everybody stops. There’s a minimum to do the job right, but there’s no maximum,” said Cano.

Northgate’s two winners have been promoted since earning the United Fresh award.

Fellow California retailer Raley’s Family of Fine Stores has had a winner every year since the program started.

“This program is a powerful way for retailers to recognize their outstanding produce managers for their hard work and commitment to the industry,” Greg Corrigan, senior director of produce and floral for Raley’s and chairman of United Fresh’s Retail-Foodservice Board, said in a statement. “The winning produce managers are recognized as leaders in their field and excellent representatives of the produce industry for our customers. We have made this a very important aspect of staff development at Raley’s.”

“A lot of winners from this past year would invite schools to come and do field trips of the produce department,” said Oberman. Others promoted the availability of fresh fruit and vegetables to WIC recipients.

The deadline for nominations for the 2017 awards is Jan. 6. The association moved up the nomination deadline last year so that it could announce the winners during the first week in March. United Fresh then toured the stores of each of the 25 honorees during March, April and May, a process the association will continue this year.

“We were able to really see firsthand what the winners — what made them an exceptional retail produce manager. We also were able to see their customers, the demographics they served, their communities, [and] meet their exec team, some of whom you might not traditionally see at the stores,” said Oberman.

Each year, the selection committee names five grand prize winners from among the 25 honorees at the United Fresh show. Executives from each company come to the show with their produce managers.

United Fresh wants to make the program and recognition more year-round, rather than just handing out an award at the show in June.

“It’s all about what have they done with their careers. And in some cases, these winners have gone on to become district supervisors. Some have gone into the procurement side of the business. Most have stayed within produce,” said Oberman.

Dole is sponsoring the awards program for the third time this year.

“Dole is very excited to enter our third year as sponsor of the United Fresh Produce Manager of the Year Award program. It is such a worthy recognition for these men and women who do so much to promote our industry, and it also gives us a chance to meet with them face-to-face, to learn of their motivations and passions, and just say thank you,” Bil Goldfield, Dole’s director of communications, told SN in an email.