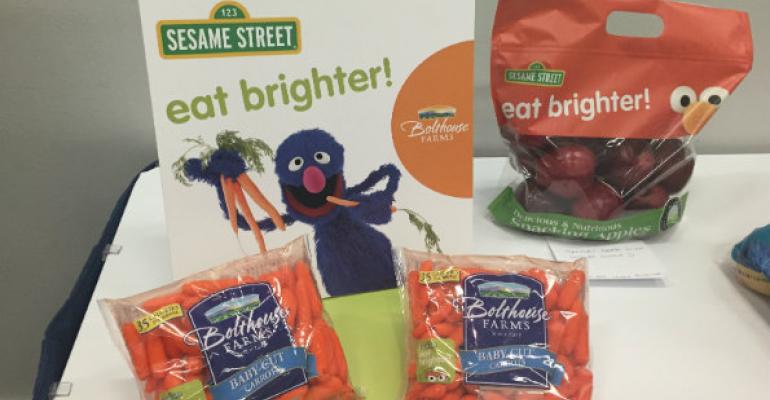 Three retailers using “Eat Brighter” promotional materials with Sesame Street characters in the produce department report that fruit and vegetable sales are higher this year than the same period last year, according to a new survey from the Produce Marketing Association.

Currently, four retailers are actively using the Eat Brighter materials in a total of 259 stores in nine states, according to PMA. One retailer has not been using the materials long enough to report sales.

Among suppliers participating in Eat Brighter, there was an average reported sales increase of 3% in the second quarter compared to the same period a year ago. The average sales increase for suppliers in the market for three quarters was 5.3%.

“This is an encouraging sign, and we’re thrilled that participants are able to take the eat brighter! assets, available through an unprecedented program agreement with Sesame Workshop, and turn it into results like these. Now that the program has been extended through 2018, we look forward to seeing positive growth in this trend as more kids and families experience eat brighter! in stores,” PMA president Cathy Burns said in a letter to members.