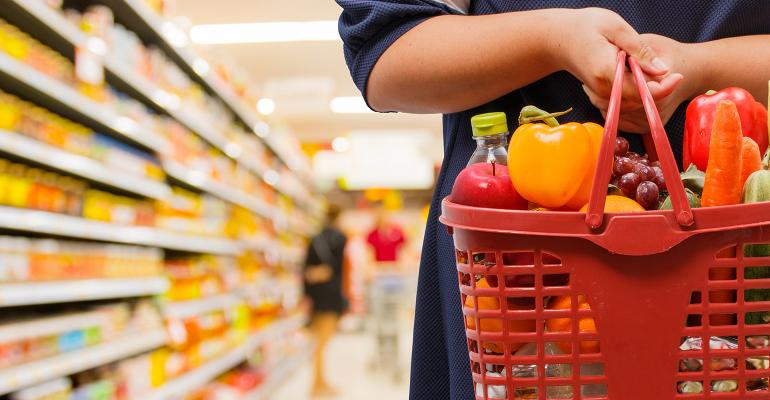 Grocery index for year down 2%, first consecutive year decline since 1954-55

Retail grocery prices fell for the eighth consecutive month in December behind deflation in produce, beef and eggs, the Bureau of Labor Statistics said Wednesday.

According to the Bureau’s Consumer Price Index, Food at Home, a proxy for grocery store prices, declined by 0.2% in December, marking the eighth straight month that retail prices fell on a consecutive basis. For the calendar year, Food at Home declined by 2%, following a 0.4% decrease in 2015. That marks the first time the index has declined in consecutive years since a four-year decline between 1952 and 1955, the Bureau said.

For the calendar year, the overall food index, which includes restaurant food, declined by 0.2%, its first yearly decline since 2009. Food away from home increased by 2.3% for the year.

Analyst Shane Higgins of Deutsche Bank in a note to clients Wednesday said the pace of deflation eased a bit in December and continued to predict that it would moderate through the spring of this year, based on easing of producer price pressures. “Deflation at the grocery stores continues to moderate – though it’s doing so at a very slow pace,” he said.

Four of the six major grocery store food group indexes fell in December. The fruits and vegetables index posted the largest decline, falling 1.1% as the index for fresh fruits declined 2.2%. The index for meats, poultry, fish, and eggs fell 0.4% in December as the beef index fell 0.8% and the index for eggs decreased 3.9%. The index for nonalcoholic beverages fell 0.3%, and the cereals and bakery products index declined 0.1%.

The index for dairy and related products increased 0.4% in December after falling in November, and the index for other food at home rose 0.3%.

The index for food consumed away from home also increased, rising 0.2% following a 0.1% increase in November.