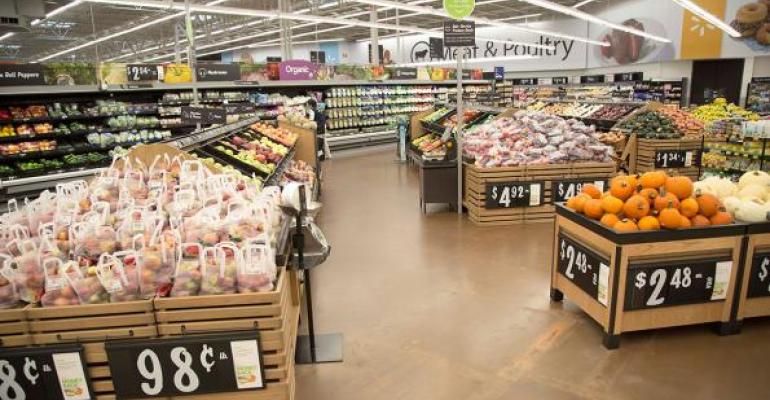 Walmart's efforts to improve fresh presentation in stores includes a layout initiative known as "Fresh Angle" coming to 3,300 stores this year, as well as the addition of market-level "fresh experts" to oversee training of department employees, chief merchandising officer Steve Bratspies said in a presentation Tuesday.

Bratspies, who was named CMO in October following a stint as the retailer's EVP of food, in a talk at the Raymond James Investment Conference Tuesday, described fresh foods as "a huge priority for us, because it's a big traffic driver, and it's very important to our customers. We know when we get fresh right, the entire box benefits from that business."

He described "Fresh Angle" as a new layout initiative now in 180 Walmart Supercenters, with plans for 3,300 stores by year-end. The program reorients fixtures and lowers profiles for produce displays providing for better presentation and visibility to other departments.

"It's going to change dramatically the look and feel of our produce department," he said. Walmart is also adding what Bratspies called a fresh operations manager — "an expert in every market to teach, train and build capabilities in the stores on an ongoing basis."

Bratspies said Walmart was "optimistic about our growth in this [fresh food] area" citing market share gains of 44 basis points in produce over the last 52 weeks and 80-basis point market-share gain in organics over the same period.

"We expect these investments to payoff in the short-term and the long-term and we're pretty confident about what we're doing, and the customer perception improvement that we're seeing across the department is the best measure to tell us, that we're working on the right things."