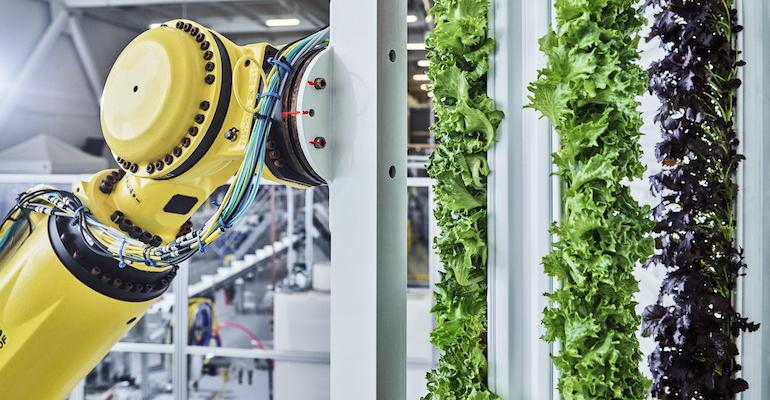 Indoor-grown produce to be supplied to all California stores

Walmart has made an equity investment in indoor vertical farming‌ ‌company‌ ‌Plenty‌ ‌Unlimited, whose technology platform also will be used to deliver fresh produce to Walmart stores.

Under an agreement announced Tuesday, Walmart is participating in a $400 million Series E funding round in Plenty that’s led by new investors One Madison Group and JS Capital and includes existing investor SoftBank Vision Fund 1. Plans call for representatives from Walmart and One Madison Group to join South San Francisco-based Plenty’s board of directors when the transaction closes, pending regulatory approval.

Walmart said that, through the long-term commercial deal, all of its California stores will source leafy greens from Plenty’s farm in Compton, Calif. — currently still under construction — starting later this year. The companies didn’t quantify Walmart’s funding but said its capital infusion marks the first large U.S. retailer to “significantly invest” in vertical farming.

“At Walmart, we are focused on identifying and investing in innovative food solutions to bring our customers the freshest, highest-quality foods at the best prices,” Walmart U.S. Chief Merchandising Officer Charles Redfield said in a statement. “We believe Plenty is a proven leader in a new era of agriculture, one that offers pesticide-free, peak-flavor produce to shoppers every day of the year. This partnership not only accelerates agricultural innovation, but reinforces our commitment to sustainability, by delivering a new category of fresh that is good for people and the planet.” 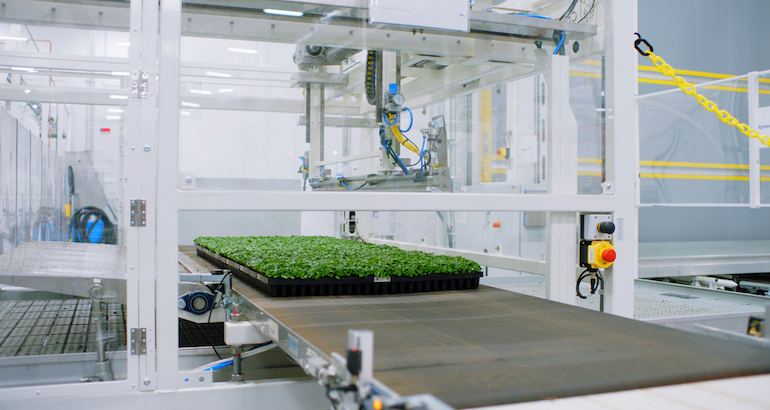 “Plenty’s unique farming system unlocks industry-leading crop versatility and unit economics by enabling indoor growing year-round,” according to Arama Kukutai, CEO of Plenty Unlimited. “Our farms can be sited anywhere, allowing us to put fresh fruits, greens and vegetables on shelf at all times, at speed, for maximum freshness. As a long-time market leader in retail innovation, Walmart is an ideal partner to test and scale access to our quality produce for their customers. This is a game-changer for the agri-tech industry.”

Plenty Unlimited already supplies indoor-farmed produce to another large grocery retailer, Albertsons Cos. Under a partnership unveiled in August 2020, Plenty began rolling out a selection of leafy greens to more than 430 stores in California, starting with Safeway‌ ‌and‌ ‌Andronico’s‌ ‌‌locations‌‌ ‌in ‌the‌ ‌San Francisco Bay‌ ‌Area and then Albertsons, Vons and Pavilions supermarkets elsewhere in California.