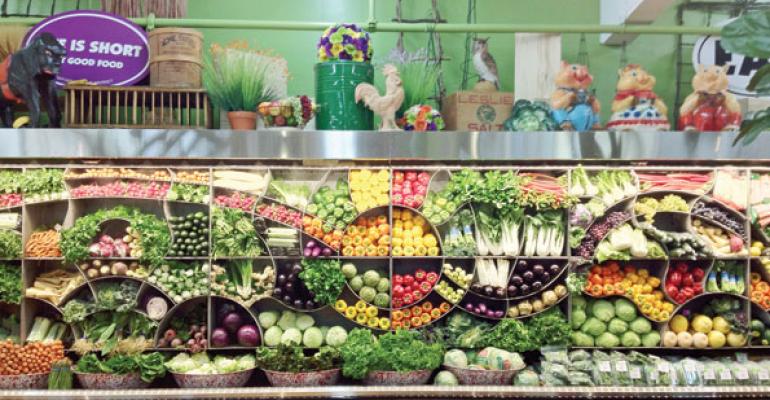 &ldquo;Just about every day we have someone photographing the display,&rdquo; produce team member Mike Gray said. 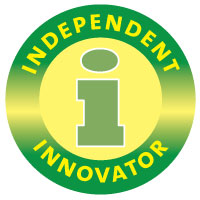 “We can’t ever afford to stand on our laurels. We want to be first, best or different, and that means we have to be constantly innovating,” owner Rudy Dory told SN.

Right now, the 22,000- square-foot store is undergoing its biggest renovation in the last 13 years, Dory said.

The first and most visible department to get a do-over this time is produce.

“We’re merchandising produce in a very different way,” Dory said. “We had had just the ordinary produce cases, but our business is changing and we feel that we have to change, too. We’re always thinking of how to excite the customer, or get them to come in here.”

One of the store’s regular customers told SN that shopping at Newport Avenue Market is always an interesting experience, and that’s exactly what Dory and his wife Debbie are striving for.

“My wife is a florist by trade and she has a great feel for design. She definitely doesn’t want the ‘stacked aisles’ look, but instead something that’s nice to look at,” Dory said.

At this moment, that can best be illustrated by the produce department’s new merchandising set-up. It is so eye-catching that customers come in and take pictures of it.

“Just about every day we have someone photographing the display,” produce team member Mike Gray said. “Some want their picture taken with the produce in the background.”

With its modules of curved stainless steel holding the most colorful and fresh produce Dory can find, the display deserves the attention it’s getting. The modules are different sizes and ribbons of color run through them.

“We like the ribbons of color. We did that with some narrow spaces that we fill with especially colorful items, often fruit, but sometimes red radishes or carrots laid on their sides,” Gray said. “The LED lighting we’ve added, too, really makes the colors pop. You can see the department from the other side of the store.”

Gray built the 24-foot span of metal modules and installed them. As recently as four weeks ago, he put the last one into place, making that customized section the centerpiece of a 60-foot stretch of produce along the right side of the store, just beyond the floral department.

Gray, who worked in the construction industry before joining Newport Avenue Market two years ago, cut and welded the pieces of perforated, stainless steel to make the modules.

“The [curved] pieces were hand bent,” Gray said, and added that the perforations in the steel allow for good airflow and drainage of water. 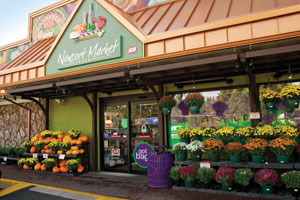 For 13 years in a row, Newport Market has been voted the best supermarket in central Oregon by a regional paper.

“Each module can be popped out so we can change the configuration — even during the day — as we sell down a particular product.”

The design was a group effort, Gray said.

“Rudy and Debbie had seen something similar somewhere else when they were traveling, and they asked me if I could sketch something out that we could start with, and we worked together on how it would look, improving as we went along.

“We had to figure out all the measurements and how deep to make some sections to accommodate the longest vegetables or fruits we might want to display that way.”

Previously, the entire produce department had conventional five-deck shelves, fancied up a bit with baskets and other containers for certain items, but now customers say they see things in the new, customized section they hadn’t noticed before.

“They say it makes them hungry and they’re buying more produce,” Gray said. “What I like most about it is everything is at your fingertips. There’s no reaching in for things. It’s really easy to shop.”

Not only that, but it is also easy to maintain. The modules can be easily taken out, one by one. They’re hosed and scrubbed with steel barbecue grill brushes.

Next up for a redo is the meat department, Dory told SN. It and the deli and meal departments both will get a new look — and some new products.

“We’re not the same store we were 13 years ago. We’ve made so many changes.”

But expansion is not possible. There’s no room to go.

“We have to work with what we have,” Dory said. “But don’t come in seven or eight years from now and expect to see the same store. It’ll look entirely different.”

Take produce, for instance. No space was added. The department still stretches only 60 feet but it can accommodate more product and more variety, especially since 40% more refrigeration has been added.

Newport Market started out as an ordinary neighborhood store, Dory said. “We’ve been in this locations since 1983, and in 1992, we stripped the aisles down to bare bones and asked ourselves what we could do to make ourselves even more of a neighborhood store.”

Dory said he and his wife wanted to make their store a place people would like to come to and a place they knew they could find whatever special item they wanted.

“We thought about what people were driving out of this area to buy, and we wanted to have it. We went to the Fancy Food Show and we hired someone with a natural foods background, and we followed the food trends closely.”

That was the beginning of innovation that has not ended and won’t end.

“Wherever we go we look for ideas. While some retailers are beating their brains out trying to have the cheapest green beans, we’re looking to see how we can be different, how we can excite our customers. We’re not inexpensive but what we do has worked — usually.”

Dory conceded he’s made lots mistakes and jumping on trends sometimes backfired. One could say he might sometimes have been just ahead of the times. Take this, for example.

One trend that worked to Newport Avenue’s advantage was steel coffee mugs.

“We sold tons of them, but just for six months. Then we saw them in Costco. They were selling two for what we were getting for one. So we stopped,” Dory said.

“That was a lesson we learned, to ride a trend until it becomes mainstream and then quickly be done with it.”

When the meat department gets its turn for a makeover, the focus will be on value-added meats and a new sausage program, Dory said. 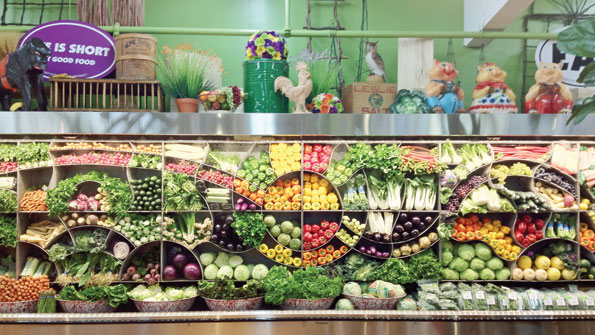 Attuned to customers’ quest for ready to cook and for ready to eat meals, Dory said the deli will soon be offering many more grab-and-go meals and meal components.

“We’re putting in 12 feet of five-deck for those, more than triple what we have now.”

Sandwiches, too, will get their due. “We’ll create some big, unique sandwiches. I saw some displayed recently in a supermarket in Baltimore that caught my eye. We’ll do some like that but make them even better — like a sandwich you’d get at Carnegie Deli in New York. They won’t be cheap, maybe $10 or $12.” But Newport Avenue Market will be the only one in its area to have them. That’s the point.

The Source, an Oregon alternative newspaper, has voted Newport Avenue Market the best in central Oregon for 13 straight years.

Being the best or first or different has served Dory’s business well — even through the darkest days of the recession.

“We didn’t cut inventory and we didn’t cut staff. In fact, we added more and better products and tried to be the best even if we did get hit, “ Dory said. “We were dealing with unknowns but we figured we could personally live on less money.”

Now the sales picture is brighter.

“It took a long time but we’ve turned the corner. We got beat up in 2008 and 2009, but in 2011, we had the best fourth quarter in the company’s history. We were up 6.8% from the same period a year earlier [when sales had already started to rise], and then up again in the first quarter of this year — up 8.4% over our largest first quarter.”

Consumers like mom-and-pop markets and this literally is one.