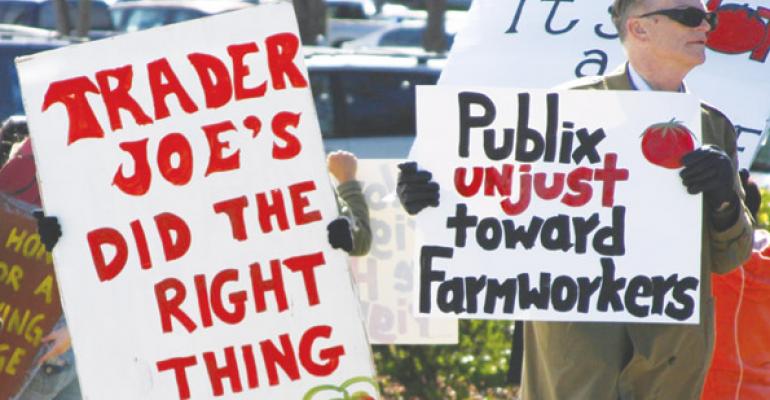 IMMOKALEE, Fla. — Following a several year campaign by the Coalition of Immokalee Workers, Trader Joe’s signed an agreement this month to work with CIW’s Fair Food Program for tomato farmworkers.

The Fair Food Program requires retailers to pay a premium of penny more per pound for tomatoes, as well as use growers and suppliers that abide by CIW’s Fair Food Code of Conduct. The standards include a clock-in system, elimination of requirements to overfill buckets, access to shade and water, and a complaint resolution system.

“We are truly happy today to welcome Trader Joe’s aboard the Fair Food Program," said Gerardo Reyes of the CIW, in a written statement. “With this agreement, Trader Joe’s reaffirms that commitment and sends a strong — and timely — message of support to the Florida growers who are choosing to do the right thing, investing in improved labor standards, despite the challenges of a difficult marketplace and tough economic times.”

To convince Trader Joe’s to participate in their program, CIW had held protests at retailer’s locations starting in 2009. 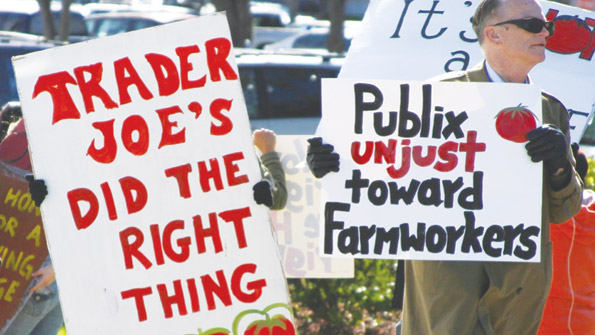 After reaching an agreement with Trader Joe's the group is going after Publix.

After the agreement was signed earlier this month, the organizations called off demonstrations in over 40 cities, according to a statement on CIW’s website.

The competition between Trader Joe’s and Whole Foods may have been part of Trader Joe’s motivation to sign on to the program, according to one industry consultant.

“With both companies viewing the other as direct competition, I think Trader Joe’s made the strategic decision that they could not be at a disadvantage to Whole Foods in the eyes of the consumer,” said Jay Jacobowitz, president of natural product industry consulting group Retail Insights, Brattleboro, Vt. “And the larger context around this decision is the growing clout the consumer has with digital communication and the immediate, broad-based distribution of information. Consumers can very quickly and effectively mobilize to bring pressure around causes.”

Consumers desire transparency around where their food comes from, Jacobowitz said, noting that consumers are not only looking for the origin of food, but the knowledge that the food has been brought to market in a fair way.

Although only two supermarkets have committed to CIW’s program, many large quick service and food service groups have made commitments, such as Aramark, Sodexo, Burger King, Subway, McDonald’s and Taco Bell. Additionally, the Florida Tomato Growers Exchange — a group which, according to CIW’s website, encompasses 90% of Florida’s tomato farmers — signed the agreement in 2010.

CIW has also been campaigning for supermarkets to participate in the program.

“Supporters have been writing letters to Kroger and Ahold to ask them to join the Fair Food program as well, and this coming season we will organize large, spirited demonstrations to coincide with their shareholder meetings in order to highlight consumer enthusiasm for Kroger and Ahold doing their part to create a new day in Florida’s tomato industry,” said Darinel Sales, a CIW farmworker leader.

Publix Super Markets in particular has been a focus of CIW’s campaign, due to the retailer’s significant presence in Florida; next month, the group is holding a five-day hunger strike at Publix’s Lakeland headquarters.

Publix spokesperson Shannon Patten said Publix remains willing to pay a penny more per pound, but emphasized that the retailer does not pay employees of other companies directly, and asks that growers or packers resolve the dispute, and set the price increases themselves.

“We do not have a conflict with the CIW. The CIW is seeking to negotiate wages and working conditions of employment with the growers and the CIW is trying to drag Publix into these negotiations,” she wrote in a statement, noting Publix does not intervene in disputes between suppliers and their employees, since Publix offers more than 35,000 products that could lead to countless potential disputes.