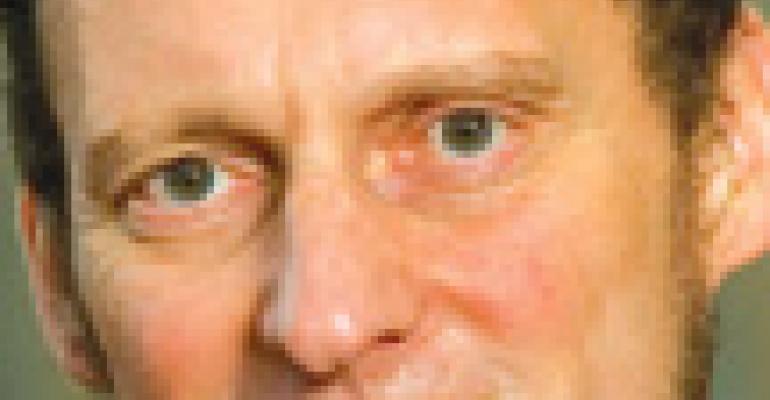 Way to Grow: An Interview With PMA's Silbermann

Retailers and produce industry leaders are preparing for the Produce Marketing Association's annual Fresh Summit International Convention and Exposition in Atlanta, October 14-17. And it's been a good year in terms of the industry's marketing efforts.

This summer, the U.S. Department of Agriculture unveiled its new ChooseMyPlate.gov campaign, along with a new MyPlate icon that urges everyone to make fruits and vegetables half of every meal they eat. The icon was met with near-universal praise by nutritionists and produce industry executives alike. Federal agencies continue to emphasize that fresh fruits and vegetables are among the healthiest dining choices people can make.

Following are excerpts from a conversation with PMA President and Chief Executive Officer Bryan Silbermann, in which he discusses the upcoming show as well as other issues currently impacting the produce industry. He notes that convenience and flavor appear to be common themes among many of this year's exhibitors, as growers and suppliers work to develop new and exciting ways to appeal to today's consumers.

In addition, Silbermann addresses topics such as the ways in which PMA has addressed consumer misconceptions regarding the cost of fresh produce, and the ways the association is addressing consumer concerns regarding the use of pesticides.

And, whether you are reading this special annual supplement at Fresh Summit, or in the September 19 issue of SN, be sure to check out our stories on the new ways retailers are promoting the category. There's live cooking contests, scent marketing, new local food initiatives and even a children's summer gardening program outside a store. It's an exciting time to be involved with the produce business.

SUPERMARKET NEWS: In last year's State of the Industry presentation, you argued that the produce industry was doing too little to fight misconceptions that could be hurting sales, citing consumer concerns about pesticides and misunderstandings regarding the price of fresh fruits and vegetables as two key examples. How have PMA and its members addressed these problems during the past year?

Bryan Silbermann: The research that we've done — and the awareness that we've created around that research on the tremendous value that produce has on a per-serving basis — has reached all kinds of ears that we never thought it would reach, and has had a huge impact. For example, take a look at the messages that you've seen coming out of [the U.S. Department of Agriculture]. You've got [Deputy Secretary of Agriculture] Kathleen Merrigan debunking some of the people who say that produce is too expensive, or that people can't afford to buy more nutritious food.

So, I think the message has really gotten out. You've seen it reflected in media pickup. I don't see it yet in terms of the marketing programs directed to consumers from our industry, but then again, I'm not sure I would expect to see that. But, in my presentation this year, I will talk a little bit about some of the simple comparisons that we can draw, that I saw used in Australia when we had our Fresh Connections event there in June. When you compare a fat-laden meal that someone might eat with a similar amount of money spent on fruits and vegetables, whole grains and low-fat proteins, you really can get a much better value from the latter.

So, some simple graphics to get people thinking about the messages they might incorporate in their own marketing programs might be helpful.

I never expected that companies themselves would really focus [marketing efforts] on the price of produce. But, it's been an issue of addressing media misperceptions, as well as wanting to get key influencers like the government to acknowledge the fact that every time they say ‘produce is expensive and that's why people don't eat it,’ it's simply a myth. And, it's continuing to spread this misunderstanding.

[SN] has covered Jeff Brown and his [Brown's Super Stores] in Philadelphia. He was honored at the White House recently, when the First Lady had her event focused on what retailers were doing to address the availability of nutritious food in food deserts.

I was really struck, when I spent the day with Jeff, listening to a guy who is obviously working to make a profit, but who sees this involvement with his community in the way that he does. It's a fabulous way to get people engaged with the store, treating the store almost as a focal point of their community. Offering the fresh foods they want based on their ethnic backgrounds, and then selling two or three times the amount of produce that was being sold by stores that were previously in the same location. It completely debunks the idea that people in inner cities don't want fresh, nutritious foods. They haven't had opportunities to get them.

By turning the supermarket into a center for wellness, a center for community and a center for activism in a sense, people like Jeff Brown have done a wonderful job of getting more produce and more affordable foods into the hands of people for whom those foods were out of reach until now. That's something that has really excited me on the retail side.

SN: PMA helped launch the Alliance for Food and Farming's “Safe Fruits and Veggies” campaign last year. How has that program progressed?

BS: I think that's been a good start. I think you're seeing a much greater willingness by the media to engage and seek out the facts. While some advocacy groups seem disposed only to misused data, I think the consumer press has been far more evenhanded, in many cases, when dealing with the issue of pesticides on food.

We had to put a stake in the ground, and we have. The Alliance of Food and Farming campaign has done a lot to address that. There's still a lot more to be done, and we'll continue to push for support of that. In fact, our board back in June voted for us to increase our support of the alliance in coming years.

SN: This summer, the U.S. Department of Agriculture unveiled its new MyPlate icon, which recommends making fruits and vegetables half of every meal. What do you think of the icon and the new campaign?

BS: It's one of the best things to come out of the federal government in years. They took what was a confusing, seldom read and barely understood graphic [the Food Guide Pyramid] and turned it into something that is instantly recognizable, immediately understood, and really, hugely beneficial to the fruit and vegetable industry in my opinion.

It's not too often that you see the leaders of an industry grab on to a government graphic and make it part of the signature line of their e-mails. The U.S. government scored a home-run on this one. I really have to tip my hat to the USDA. They did a fabulous job.

SN: More broadly speaking, the USDA and other federal agencies have been trying to encourage better eating habits for several years, and First Lady Michelle Obama has adopted the fight against childhood obesity as her personal cause. How effective are government programs in boosting fruit and vegetable consumption? How can the industry do its best to work with these programs?

BS: Changing people's eating behavior is a long-term process. You don't flip a light switch and suddenly have people eating better. That's point number one. Point number two, I think it's admirable what the First Lady has done. She's used her role as a very credible spokesperson to get parent's attention about the issue of childhood obesity.

It's very effective in getting people's attention. Getting them to change their behavior takes longer. I think where the government can help is by using the bully pulpit of the White House to raise awareness, which Mrs. Obama has done so well. Also, the impact the government can have on school lunch programs is obviously direct through USDA. Number three, government can be a catalyst for boosting fruit and vegetable consumption, but government is never going to be the engine of change. That is up to industry. The real engine of change has to be the industry in terms of enhancing flavor, improving convenience, connecting with consumers, focusing on the message of sustainability and environmental stewardship. All of those are really things where the industry has to take the bull by the horns.

BS: The Sensory Experience Contest was such a huge hit at the foodservice conference that we decided to introduce it at Fresh Summit as well … It's really a focus on flavor — getting exhibitors to think of the products that they're offering from the standpoint of flavor first, before anything else.

In terms of helping people connect, I think there are a number of things. Certainly, the amount of online connections we're making [available] for our members in advance of Fresh Summit, and also in the year ahead, is going to increase exponentially. One way is the exhibitor blogs. It's all about engaging the buyers and sellers and providing a linkage online for the exhibitors to hear directly from buyers regarding what they are looking for on the show floor. It's a great way of giving the exhibitors a better ROI and making them more prepared for the show … It's about engagement and community.

The other thing that you're going to see is the rollout of our online community, which will be called PMA Xchange. That's a year-round community, and we've put a lot of time and effort into developing that platform. It enhances the value of Fresh Summit, but it's really ‘in addition to.’ It's not intended to focus exclusively on Fresh Summit. It's a way for members to communicate. …

The other thing that I think people are going to see even more of than ever before is the focus on value-added products. [National Restaurant Association President and Chief Executive Officer] Dawn Sweeney and I discussed that at the [PMA] Foodservice Conference. We talked about how McDonald's recent announcement — that they were putting sliced apples into happy meals — is an indication of the huge changes you are seeing, and the acceptance of value-added, fresh-cut items across the industry in all kinds of outlets. Ten years ago, if somebody had said that your kids would be having apples in their happy meals, you probably would have laughed at them.

But then again, as Thomas Friedman recently pointed out, when he wrote The World is Flat, there was no such thing as Skype, there was no Facebook, there was no Twitter. And that was just seven years ago. Things are changing dramatically.

I think that is going to be something you are going to see [at Fresh Summit]. I've seen so much information from exhibitors about new value-added products. That is clearly going to be one of the major themes on the show floor this year, in terms of convenience and in terms of flavor. New sauces, new mixes, new dressings, which tie beautifully with the Sensory Experience contest as well.

SN: One final question. The Produce Traceability Initiative seems to be progressing well. What is the latest news?

BS: I've been very pleased with the level of commitment. Some companies are obviously further along than others. It reminds me of the PLU code adoption in the early 1990s. It takes a handful of cutting edge companies who step up and say ‘we see the need for this, and we're going to implement it in our companies,’ and their suppliers follow suit … Within 2 years, almost everyone was using those standard PLU codes, and now you see them everywhere.

Over the course of the next year, you're going to see a major implementation push [with PTI].