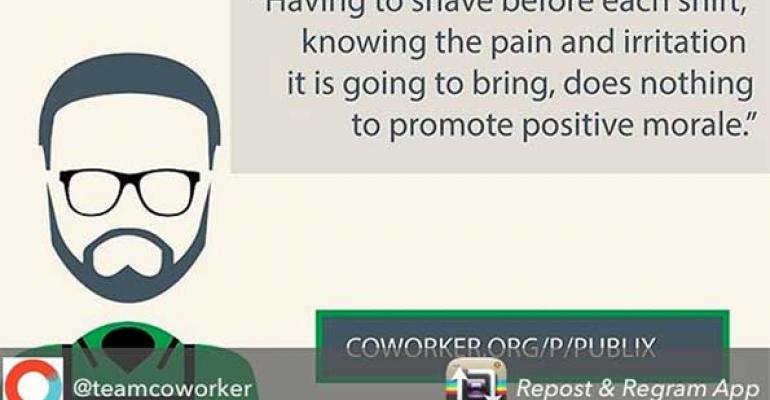 A group of Publix Super Markets employees petitioning the company to allow workers to wear beards intends to address the retailer's annual meeting in Lakeland, Fla., Tuesday in hopes of having the company dress code changed.

Help us reach 15,000 signatures before I bring the petition to the 2016 Publix Stockholder's meeting in April. @publix #freethebeard

"I want Publix Super Markets to review its dress code on its facial hair policy, which will also allow them to look at the other dress code policies in affect that may need modernizing (hair length, earrings policy, etc.)," the petition reads. "I believe that the majority of the people I work with at Publix also believe that we should be allowed to have some facial hair besides only a mustache. We should be allowed to have a beard, with limitations on how long it can be and a beard net for the employees who work with food."

Wesley noted the chain's GreenWise stores do allow workers to wear beards, "so why not implement this new dress code policy in the overwhelming majority of its business?"

A spokesman for the supermarket chain told the Tallahassee Democrat newspaper last year that its grooming policy “best aligns” with the Publix brand and customer expectations.