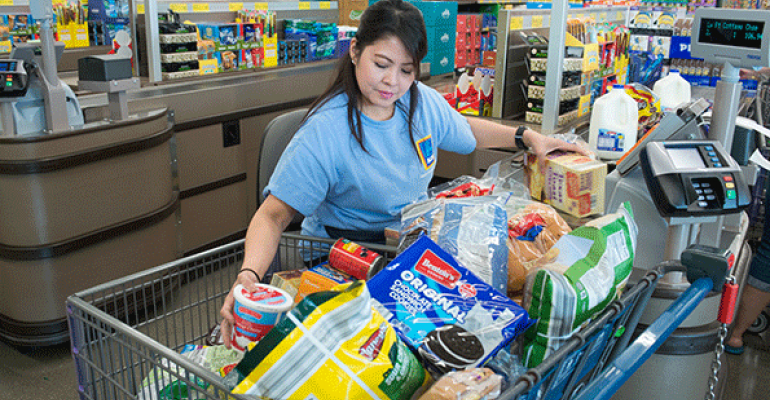 German firm bullish on the U.S.

Aldi was founded by reclusive brothers Karl and Theo Albrecht, whose retailing history dates back to postwar Germany, when they took over stores run by their mother Anna.

Their partnership broke up in 1960, reportedly over a disagreement on whether the stores should sell cigarettes.

The rift led to their creating separate companies to run what would become known as Aldi (a short form of Albrecht Discount). Karl took control of stores operating in southern Germany (Aldi Sud) while Theo took over the northern Germany sites (Aldi Nord).

The divisions remain separate entities to this day, with different logos and separate control of Aldi stores in other countries. Aldi’s U.S. stores fall under the Aldi Sud parent, along with stores in Austria, Hungary, Slovenia, Switzerland, Ireland, the United Kingdom and Australia. Aldi Nord has a U.S. presence through ownership of Trader Joe’s, which was purchased by a family trust of Theo Albrecht in 1978, two years after Aldi Sud opened its first U.S. store in Iowa.

Aldi Nord and Sud combined for $87.9 billion in revenues in 2014, making it the 10th largest food retailer worldwide based on Planet Retail’s projections for 2015 sales based on U.S. dollars, according to SN’s Top 25 Global Retailers report. That total includes an estimated $10.1 billion in U.S. sales for Aldi stores and $13 billion in estimated sales for Trader Joe’s.

According to Mike Dawson, an editor with the German trade publication Lebensmittel Zeitung, Aldi officials in Essen, Germany, view the U.S. as an important market due to its size and relatively high growth in relation to saturated European markets. “They’re bullish on the U.S. and determined to expand their footprint before arch-rival Lidl arrives.”

Lidl runs a similar format to Aldi, and is operated by German rival Schwarz Group. Schwarz has established U.S. headquarters in Virginia with eyes on opening the first of around 100 stores before 2018.

Officials say Aldi U.S. is run as a standalone entity, but with operating principles imported from its parent.

“Anyone that visits Aldi stores in other countries can recognize the similarities between those stores and U.S. stores,” Aldi U.S. CEO Jason Hart said. “I would say there is an appropriate level of collaboration on many aspects of the business. However, the operations decisions are made on a country by country basis. What you’ll find in every Aldi around the world is the same unmatched combination of high quality and low prices.”

Theo and Karl, listed as two of the world’s richest men during their lifetimes, both passed away in recent years; Theo in 2010 at age 88 and Karl last June at 94. The brothers were known to be extremely secretive — the company to this day doesn’t share sales or profitability figures or a balance sheet publicly. Some say Aldi’s famous silence dates back to a 1971 kidnapping of Theo Albrecht. Befitting Aldi’s nature, Albrecht was said to have bargained hard over his ransom and later reported the payment as a business expense to save on taxes.