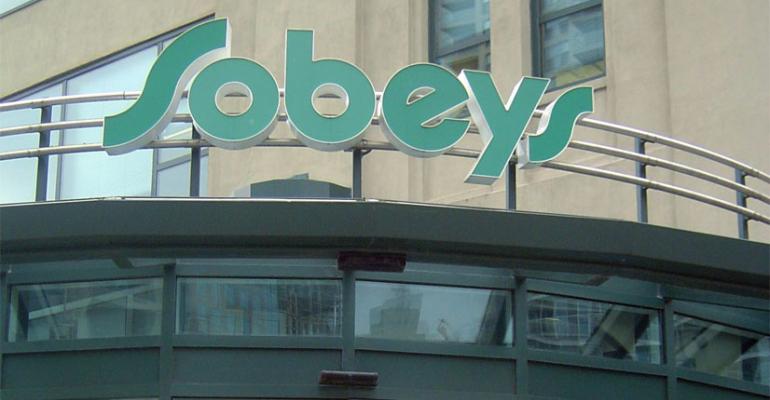 STELLARTON, Nova Scotia — The addition of acquired gas stations and convenience stores helped Sobeys to boost sales and profits for parent Empire Cos. during the fiscal second quarter, the company said last week.

The retailer made those gains in an increasingly competitive environment sparked in part by competitive openings of Wal-Mart Supercenters and by responses from traditional and discount competitors — including  Sobeys’ own fledgling discount banner, Freshco.

Those conditions have continued into the current quarter, which began Nov. 4, Marc Poulin, Sobeys chief executive officer, acknowledged in a conference call discussing the financial results.

Net earnings in the quarter improved 19.5% to $94.7 million (U.S.) on an overall sales gain of 9.1% to $4.5 billion (U.S.). Excluding the effect of 236 acquired gas and convenience locations, revenues improved 2.7%, with same-store sales improving 1.3%. The sales gains came amid a “slightly deflationary” environment, while earning gains and a slight increase in non-fuel gross margins resulted in larger average basket sizes and greater customer loyalty, Poulin said.

Sobeys continued the rollout of its Freshco banner during the quarter, with three new openings including two new builds. When asked by an analyst whether Freshco was contributing to positive same-store sales, Poulin said only that the company was pleased with its results.

“We’re clearly gaining share with this offering. It’s a program that resonates more and more with consumers,” he said.