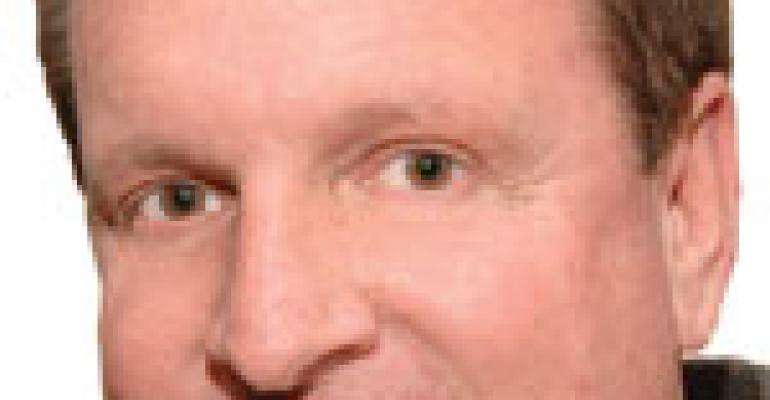 MONTVALE, N.J. &#8212; A&P, the iconic food retailer that once ruled the supermarket industry, filed for protection under Chapter 11 of the U.S. Bankruptcy Code last week, citing troubled stores, soaring costs and more than $1 billion in debt.

MONTVALE, N.J. — A&P, the iconic food retailer that once ruled the supermarket industry, filed for protection under Chapter 11 of the U.S. Bankruptcy Code last week, citing troubled stores, soaring costs and more than $1 billion in debt.

The company, which operates 395 stores under five banners in the Northeast, filed for protection after a failure to renegotiate terms with its supplier unraveled a $200 million loan agreement from its banks, and days before a payment was due on bonds. The company secured an $800 million debtor-in-possession facility and sought protection from creditors while it addresses the issues that brought it to last week’s filing, including rent obligations from stores that long since went out of business; high labor, pension and welfare costs; and burdensome contracts, including a supply agreement with C&S Wholesale Grocers and a transportation deal with Grocery Haulers Inc.

Sources last week said the bankruptcy is likely to end the reign of Germany’s Tengelmann Group, which has owned a majority of A&P since purchasing it from the family of its founders in 1979, and Tengelmann’s longtime U.S. operator, Christian Haub, currently A&P’s executive chairman. Ron Burkle, the A&P investor who sold the Pathmark chain to A&P only to see the combination go toxic, is likely to lose millions in the bankruptcy but has angled to retain a piece of the reorganized company with a large position in A&P’s debt.

Frederic “Jake” Brace, the veteran turnaround artist hired as A&P’s chief administrative officer this summer, was named chief restructuring officer concurrent with the filing. Brace filled a similar role for United Airlines during that company’s Chapter 11 stay from 2002 until 2006.

In a declaration filed in court last week, Brace said the company intended to continue its turnaround plan that it had begun earlier this year while using Chapter 11 to “right-size” its cost structure. “It is critical to bring the debtors’ costs in line with their revenue and with market reality,” Brace said.

The company wasted no time seeking court approval to exit lease agreements for more than 73 stores it no longer operates. Mainly remnants of A&P’s 1980s acquisitions in since-abandoned Midwest markets, the leases were expected to impose $77 million in costs in fiscal 2011 alone, the company said. Landlords for numerous properties where A&P owed rent brought suit in recent months alleging that A&P had stopped paying rent. A&P in its filing acknowledged it had unilaterally surrendered keys to most of its dark stores.

The filing capped a tumultuous and chaotic year, even by the standards of A&P, a writer of much of the industry’s history. While a poor integration of the Pathmark acquisition signaled the beginning of A&P’s troubles, observers said, sales and earnings declines spread companywide and intensified while the company rotated its top executives. A&P fired Eric Claus last October, then went several months before naming a successor, Ron Marshall, in January. Marshall was subsequently replaced in July by another new hire, Sam Martin.

“They shouldn’t have fired Eric without having a replacement ready,” Karen Short, an analyst for BMO Capital Markets, New York, told SN. “That cost them valuable time, and by the time they hired Ron Marshall it was turning into a bit of a disaster. They’d gotten themselves on a trajectory where Ron Marshall — whether he was or was not the right person for the job — was stepping onto a landmine.”

Working quickly as resources dwindled, Martin hired a new executive team, revised an ongoing turnaround plan, and appeared close to securing a $200 million loan from banks to implement it. But that deal evaporated when A&P couldn’t wrest cost concessions underpinning the turnaround plan from C&S or Grocery Haulers, the company said.

“It became clear that out-of-court efforts to restructure the C&S contract … would not be successful,” Brace said in the declaration. “Without these concessions, the entire turnaround plan could not be implemented.”

C&S took over distribution from A&P in 2005, and renegotiated its agreement in 2008 following A&P’s acquisition of Pathmark. A&P officials at the time lauded the “innovative” deal, which consolidated three separate contracts and called for the parties to negotiate annual budgets against actual costs periodically. Neither C&S, based in Keene, N.H., nor Grocery Haulers, Avenel, N.J., responded to requests for comment last week.

One source, who spoke on the condition of anonymity, told SN last week that C&S had recently stepped up payment demands from A&P. “Terms that originally were supposed to be 10 days had gone down to a day and a half,” the source said. “What company can handle their biggest supplier shortening terms like that?”

Industry observers contacted by SN said they felt the Chapter 11 filing did not make A&P any more attractive of an acquisition target but noted that much could be determined by the posture of its creditors, a group including bondholders, landlords and product suppliers. Wilmington Trust, trustee for four separate groups of bonds totaling $633 million, is listed as its largest creditor. A&P’s largest trade creditors are listed as McKesson Drug (owed $15.1 million), Haddon House Food Products ($10.6 million), Coca-Cola Enterprises ($7.1 million), Frito-Lay ($4.5 million), Nabisco ($3.9 million) and Pepsi-Hasbrouck Heights ($3.2 million). In all, 25 creditors including banks, unions, consumer goods manufacturers and utilities are owed more than $1 million each.

Founded by entrepreneurs George Gilman and George Huntington Hartford in the 1850s, the Great Atlantic & Pacific Tea Company was once the largest food retailer in the U.S., operating more than 15,000 stores at its peak in the 1920s. It introduced or brought to prominence the concepts of private label, self-service stores, fresh departments and discount formats. It pioneered store design and advertising strategies.

The company, however, was late to adjust to the postwar suburban boom and spent much of its most recent 50 years readjusting to the times and to its competitors. A&P enjoyed spurts of growth in the 1980s and again earlier this decade but often struggled to maintain its momentum.

Robert D. Drain is the judge in the case, which was filed in U.S. Bankruptcy Court for the Southern District of New York in White Plains, N.Y. The judge as of late last week had approved A&P’s motions for the $800 million DIP facility and other first-day requests authorizing pre-petition payments of critical suppliers and employees.