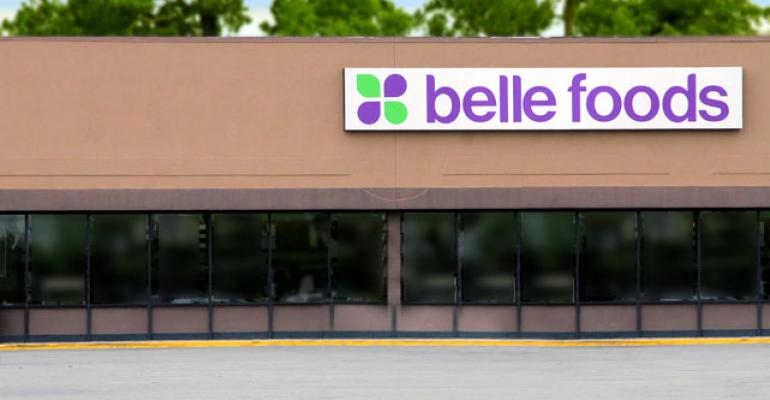 <p> Belle Foods is scheduled to auction off its remaining 44 stores next month.</p>
News>Retail & Financial

DECATUR, Ala. — An attorney for Associated Wholesale Grocers pressed the bankruptcy court here to exclude damages related to breaking a supply agreement from consideration in an auction for Belle Foods.

Mark Benedict, the attorney representing Kansas City, Kan.-based AWG, said during a hearing that hidden charges related to Belle Foods’ potential termination of its supply agreement with C&S Wholesale Grocers could be weighed in the auction process to favor bidders who are C&S customers or to favor C&S itself.

“These stores are a portion of the stores that were involved in the Bruno’s bankruptcy five years ago,” Benedict explained. “We appeared at that auction, and we thought we were the high bidder, but the sale of the stores went to C&S because the rejection damages for the supply agreement were taken into account to determine the best bid, not necessarily the highest bid.

“If there are tens of millions in liabilities, that means it is an unlevel playing field that my client is being used as a shill to drive up the bid.”

SN heard the proceedings via an audio recording available through the Northern Alabama District Bankruptcy Court.

In a tense, back-and-forth exchange, Richard Cobb, the attorney for C&S, accused Benedict of trying to get a look at the supply agreement with Belle Foods, something he said C&S would never allow.

Benedict finally withdrew his objections after Cobb said there would be no rejection damages after it received its $38.3 million in debtor-in-possession financing and an additional $3 million in claims.

Benedict said he was also concerned that C&S would continue to supply the stores through the closure of any sale, and that efforts would be made to maintain sales volumes at the stores until the new owners take possession.

“Hopefully we will not continue to see sales in free fall between now and the auction, and of course between the auction and the closing,” he said.

Attorneys for C&S promised the wholesaler would continue to provide adequate supply, even if the stores are sold to a competitor.

“If Mr. Benedict’s client is the successful bidder, I am confident we get the supply to the stores that they would like to see through the closing date for their sale,” said Cobb.