LUFKIN, Texas — Brookshire Brothers here said it has acquired a small-format store in South Lake Charles, La., and converted it to a hybrid format with a range of fresh, prepared and convenience offerings. 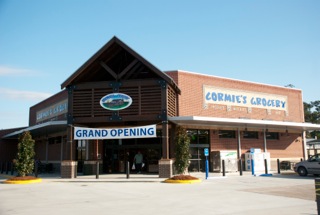 The 7,800-square-foot Cormie’s Grocery, which had been damaged in a fire in 2011, was described as “part deli, restaurant, part bait shop, gas station and superette.” It was long known for signature offerings such as bread pudding, chicken salad and marinated meats, Brookshire Brothers said.

The company said it hopes to “translate the unique aspects of Cormie’s into marquee items” for its other stores, which include traditional supermarkets and the Polk’s Pick It Up convenience-store chain. 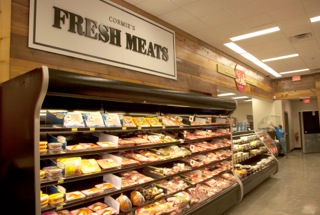 “With Cormie’s, we have stellar recipes based on family tradition, that we can brand company-wide,” said Eric Johnson, director of construction at Brookshire Brothers, in a statement.

“Cormie’s is the new normal in retail,” he said. “It carries what customers in that area want — amazing home-prepared convenience foods, the staples, gas and a wide variety of fishing supplies. Shopping there is a social experience. Everyone knows everybody and it feels like home.”