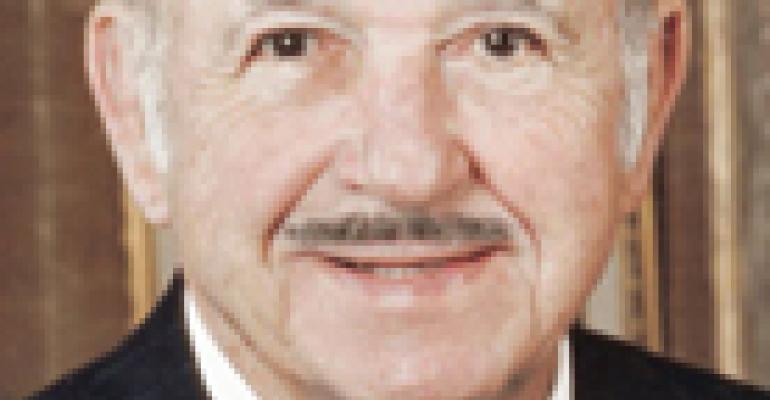 A Culture of Giving

Giving back to the communities where it operates has been woven into the culture at Publix Super Markets since its earliest days an integral part of the organization instilled by founder George Jenkins. The Lakeland, Fla.-based operator not only contributes to a myriad of local projects, it also supports five organizations through companywide campaigns: Special Olympics, March of Dimes, Children's

Giving back to the communities where it operates has been woven into the culture at Publix Super Markets since its earliest days — an integral part of the organization instilled by founder George Jenkins.

The Lakeland, Fla.-based operator not only contributes to a myriad of local projects, it also supports five organizations through companywide campaigns: Special Olympics, March of Dimes, Children's Miracle Network, United Way and Food For All.

“It is really just part of the culture of our company. George Jenkins and others did everything they could to instill that spirit among our employees,” Ed Crenshaw, chief executive officer, told SN.

During training of all new employees, Publix explains the philosophy of giving that Jenkins instilled and the reasons for giving back to the people in the communities they serve.

Several years ago, George Jenkins' secretary asked him how much he would be worth, had he not given away so much money in his lifetime. He replied, “Probably nothing.”

“That story is told frequently within our company, as a reminder that every time you give, you receive,” Crenshaw said.

“One of the first things they see in the orientation program is the legacy that Mr. Jenkins started,” said Maria Brous, director of media and community relations for Publix. “We also introduce them to United Way; it is our only employee-driven campaign.”

Employees can choose to donate to United Way by deducting money from their paychecks. For every dollar that is donated to United Way, Publix Super Markets Charities matches a dollar for the charity. In 2008, Publix projects that it will have raised more than $20 million for United Way.

Despite the difficult economy, Publix associates increased their giving to United Way in 2008.

“They are committed to giving back to the community, and understand that people are in tougher times,” Brous said.

The philosophy of Publix executives, passed on to employees, is that the company's success is dependent upon a healthy, vibrant community. Workers are encouraged to get involved in their communities and give time, not just money.

“It could be donating time to their church or United Way. When people see the personal satisfaction that associates get from that, it is contagious,” Crenshaw said.

For example, Publix workers have been instrumental in facilitating the March of Dimes' “March for Babies” walks held every spring, according to Debbie Dawson, state director for Florida March of Dimes.

“Publix associates have been the backbone of helping set up for the walks, and providing manpower, food and entertainment. We literally could not have the great walks that we have without their support year after year,” she said.

“The Publix Super Markets team ranks fourth nationwide among all the companies that support March of Dimes. Because this company is only in five states in the Southeast, this is an amazing feat,” Dawson said.

While associates and executives are very involved in charities, Publix customers have also been very generous to the retailer's causes. Crenshaw believes customers in Publix's operating area give in part because they see the good works that the money raised does in their communities, and Publix tries to ensure that they don't feel pressured to give.

“We try to be pretty passive about collecting money for our four main charities. We try to be careful not to badger the customers,” Crenshaw said.

In the past, Publix executives set a financial goal of how much the chain wanted to raise for that charity during the drive, but has stopped doing so.

“We quit that. We do not want customers to feel badly if they don't give,” Crenshaw explained.

Customers also feel inclined to give, he said, because they believe the money that Publix collects really goes to those charities.

“We make sure our customers are aware of how much money they collected, which has made them feel confident. Also, they can put the donation right onto their grocery order,” Crenshaw said.

Despite an extraordinarily difficult economic climate in 2008, charitable giving from Publix Super Markets and its customers was projected to increase, to more than more than $27.5 million just for the primary programs that the company supports.

Publix, which operates 988 stores in Florida, Georgia, South Carolina, Alabama and Tennessee, began supporting the Special Olympics in 1972 — a charity that was of particular interest to founder George Jenkins. It was the first year of incorporation for Florida's Special Olympics program, and Jenkins paid for the entire Florida team's travel to the national Special Olympics Games.

That commitment has continued. Funds for Special Olympics are raised at the registers — $1.7 million in 2008 — and some employees volunteer for the organization.

In addition, Publix seeks to hire people with disabilities.

“It is part of our philosophy in giving back to our community, by hiring people who want to work and be a part of the community,” Brous said.

Food For All, Falls Church, Va., is one of the charities that is important to Publix because of its responsibility as a food retailer.

“It is about what we do and is about helping people locally. The money stays in the local communities,” Crenshaw said.

Customers can choose to donate $1, $3 or $5 to Food For All at registers, and the funding goes to charities in the communities that those stores serve. While Publix did not have figures available for 2008, the chain raised more than $1.7 million for Food For All in 2007.

“Publix does one of the best jobs in the country of getting the food out to the community,” said Denis Zegar, president and CEO of Food For All. For example, Food For All donates to about 100 different foundations and charities in Miami alone.

“These charities ultimately depend on companies like Publix to do the work that they do. I can't imagine what the communities that Publix serves would look like without their help,” Zegar said.

Before the six-week drive each year, Publix stores ensure that materials about Food For All are displayed, and cashiers talk about the program at the registers. Customers who ask about where the money goes can be given a list of organizations that Food For All supports.

“Publix is very transparent about this. That's why it [Food For All] has garnered the support of people in their communities,” Zegar said.

Publix is also successful with fund raising because of the commitment by its leadership, according to Zegar. Hollis was very involved in Food For All, and Crenshaw sat on its board of directors.

“What differentiates them [from other retailers] is that none of this could occur on the level that it does, if it were not for the commitment at the very top,” Zegar said.