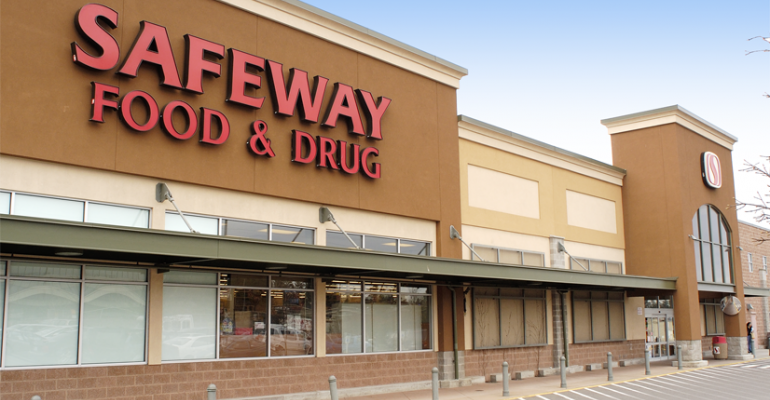 PLEASANTON, Calif. — The presence of $4 billion on Safeway’s balance sheet from the sale of its Canadian stores has apparently piqued the interest of private-equity buyers in possibly acquiring all or part of the supermarket company’s assets.

According to a Reuters report last week, Cerberus Capital Management, which owns Albertsons, Jewel-Osco, Shaw’s/Star Market and Acme, is among those companies interested in buying Safeway.

Speculation about Safeway’s future heated up after the Canadian Competition Bureau approved the sale of Safeway’s stores in Canada to Empire Cos., operators of Sobeys. Safeway has indicated it plans to use $2 billion of the proceeds to pay down debt and another $2 billion for share repurchases, though it has not said when it would act, which apparently raised the possibility of a hostile takeover while that money is still on the books, industry observers said.

“Any bidder would want to get $4 billion in cash on the balance sheet,” Karen Short, senior analyst at Deutsche Bank, New York, said. “In addition, Safeway owns about 40% of its real estate, which would be worth up to $8 billion. And if Cerberus, a strategic player, was the buyer, there would also be synergies north of $500 million to $600 million.

“Safeway is looking at every possibility and there are few sacred cows. Whatever would generate the most shareholder value would be an option.”

SN Poll: What Is the Most Likely Outcome for Safeway?

Safeway has reportedly hired Goldman Sachs to help it explore its options.

According to Craig Rosenblum, a partner in consulting firm Willard Bishop, Barrington, Ill., Safeway could opt to spend some of the cash quickly to buy back shares to head off a buyout, “but why hire Goldman Sachs if you’re not willing to consider it,” he said.

Any buyer would get powerful assets, Rosenblum told SN.

“Safeway has already invested heavily in its store base with the lifestyle remodels, so anyone who gets the company gets a chain with stores that are in great shape and a company that’s on the leading edge of technology — even if Cerberus has avoided a loyalty-card program at its existing stores — so there’s great value to be had in buying Safeway’s assets.”

Short said a combination of Cerberus and Safeway would make the combined retailer No. 1 in 12 of 19 markets and No. 2 in four others, “which would certainly be transformative.”