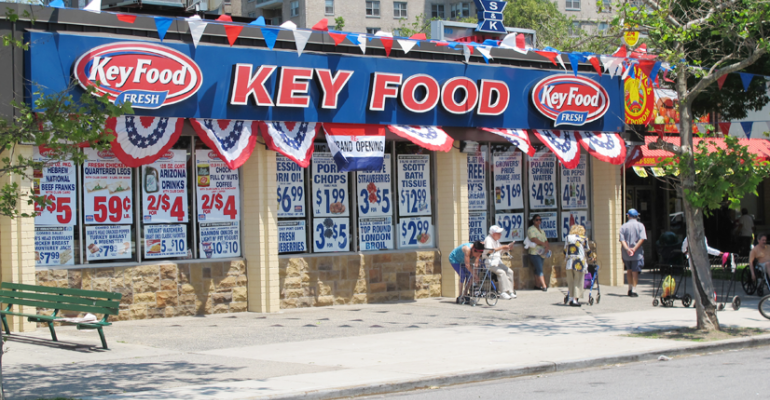 NEW YORK — A Key Food store in Brooklyn’s Coney Island here that was flooded during Hurricane Sandy last year has reopened with an entirely new look and an expanded offering.

“The whole store got gutted,” Jeffrey Linsenbaum, the store’s owner, told SN at the grand reopening festivities. “We had three feet of water in the store.”

After several weeks of drying out the 12,000-square-foot box with air blowers, Linsenbaum took the opportunity to install more energy-efficient refrigeration and expand the dairy, meat, deli and produce departments during the remodel.

The store, he said, is very much a community supermarket that local residents, many of whom are elderly, depend on.

“These people have been waiting a long time for this store,” he said.

Photos and captions by Mark Hamstra