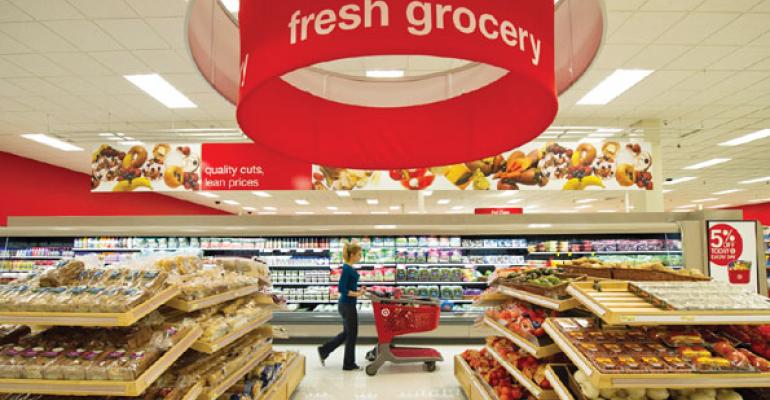 &nbsp; &ldquo;But for most operators, PFresh is just there &mdash; it&rsquo;s not a debilitating factor for most grocery stores.&rdquo; &mdash; Mark Wiltamuth, managing director for Morgan Stanley

The PFresh food sections offered by Target Corp. in two-thirds of its discount stores are having only a minimal impact on traditional supermarkets, industry observers told SN — and they question whether that will change much going forward.

“The way Target has set up PFresh allows it to talk about a grocery offering without really competing in fresh,” Neil Stern (left), managing partner with McMillan Doolittle, Chicago, said. “It’s more of a strategic move to give the appearance of being in the food business without actually committing the space and resources to doing it, which is a very deliberate and very clever strategy.”

It’s hard to measure what impact PFresh is having on traditional supermarkets, Stern said, “because we don’t see Target showing up in any substantial way in market-share numbers.” (See the table with up-to-date market shares from Metro Market Studies.)

“If Target’s market share moves from 3% to 4%, that’s substantial in terms of dollars. But the fact the stores with PFresh are so spread out indicates that Target is getting those sales from a lot of players in a lot of different markets.

“Though $13.3 billion is certainly a significant number, it’s not as big when you spread it out over a lot of markets.”

However, the impact of PFresh could grow over time, Stern said. 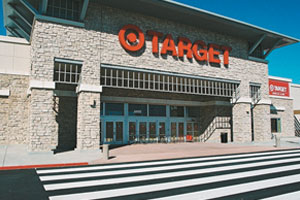 “Target says it takes awhile for consumers to change their shopping habits, and once they know Target has a larger assortment of food, they could think of themselves more as primary shoppers instead of simply picking up one or two items while they’re already in the store. So it’s possible the stores will have more impact within the next year.”

Mark Wiltamuth, managing director for Morgan Stanley, New York, said Target’s primary reason for adding the PFresh sections is to drive traffic into the stores and across the stores and improve sales productivity.

“PFresh is just one of many alternate formats that are pressuring grocers with new capacity,” he told SN. “It competes indirectly with supermarkets — it’s not a concerted strategy aimed at supermarkets, nor is Target trying to provide a full supermarket offering.”

Target accounts for approximately 3% of grocery sales nationally, Wiltamuth noted, “and with Target saying food sales are growing in the mid-teens, that would add about a half-point a year to its market share going forward, which is not a dramatic increase,” he pointed out.

“There may be some markets where PFresh is exerting more pressure, such as Philadelphia, Minneapolis and parts of California, and as Target continues to introduce PFresh sections at additional discount stores, the competitive pressure could build.

“But for most operators, PFresh is just there — it’s not a debilitating factor for most grocery stores.”

While the discounter is obviously taking some business away from supermarkets, most of it is incremental, Bob Gorland, vice president in the Harrisburg, Pa., office of site-selection consulting firm Matthew P. Casey, Clark, N.J., told SN.

Jim Hertel, managing partner at Willard Bishop, Barrington, Ill., said the impact of PFresh on supermarkets is “de minimus. Until the assortment is more credible, particularly in perishables, Target is not going to have enormous share numbers.

“As a result, any impact is only at a micro level because Target’s offering is quite a bit edited compared with a traditional supermarket. It’s targeted as a convenience trip to pick up a few items more than as a full shopping trip.”

NOT A FOOD DESTINATION

Hertel said he doubts Target’s PFresh will ever become a food destination.

On a scale of 1 to 100, 100 being best, Hertel said he would rate the food assortment at a Wegmans at 100; the assortment at a Walgreens drug store at 5; and Target’s PFresh selection at 15.

“The section is big enough that it makes some customers stop to take a look, but it’s not going to become a food destination,” he explained.

“A Wal-Mart supercenter is a food destination because you can do a full stock-up shop there. If Target were aiming to be a destination store for groceries, then the SuperTarget format would be better at driving traffic.

“PFresh offers more of a convenience assortment that’s designed to increase basket size. It may drive some extra trips to Target, but most of the business is coming from people who are shopping at Target anyway,” said Hertel (right)

David Rogers, principal at DSR Marketing Systems, Northbrook, Ill., said most supermarkets don’t notice the sales they may be losing to Target because of inflation. “Most of them say they don’t feel any impact from PFresh — similar to what they said when Wal-Mart began adding food in the late 1980s — but in this case, the benefits of inflation are covering up the sales they are losing,” he explained.

Rather than anticipating increased sales over time, Rogers said he sees PFresh as a short-term effort.

“PFresh was intended to generate more traffic to help Target get through the recession in good shape, and it’s doing its job,” he said — adding sales of up to $100,000 to $150,000 a week, with the initial stores doing better than more recent conversions, he added.

“But I question the competitiveness of PFresh as a long-term offering because it lacks the range and selection to attract shoppers on a regular basis. It’s only a convenience offering, and Target is not a convenience store.

“I don’t see it as a long-term strategy, and within the next year or two, it’s possible Target could decide to convert some of the better-performing PFresh locations into SuperTargets and return to an ambient grocery offering in the locations that aren’t doing as well,” Rogers said.

Observers agreed that Target’s grocery pricing in PFresh is comparable to Wal-Mart’s and lower than most supermarkets.

Target may be 50 cents to $1 below a typical high-low retailer in some high-velocity categories, including frozen foods, dairy, soup, pet foods and cereal, Gorland said — “pricing that is likely to chip away at some less competitive players and build some market share for Target.”

According to Hertel, Target’s decision to sell produce by the piece — for example, 19 cents for one banana, 32 cents for one apple — enables it to trade on convenience to drive sales.

“The stores sell produce by the piece because there are no scales to weigh it at the checkstand,” he pointed out. “And people are unlikely to do the mental math and figure out they’re paying more by the piece than by the pound. So convenience is a big factor.”

Wiltamuth said the low prices — and low margins — on food items have made some Target investors nervous about Target’s gross margins, which average 30.5% across the store but just 17.5% in PFresh. “However, Target should be able to achieve better margins on foods through scale efficiency,” he pointed out.

PFresh would need to add only about 1% to comparable-store sales to offset lower margins, Wiltamuth pointed out. Though Target doesn’t release comp sales for the PFresh sections, the comp lift in 2011 was 1.6%, he said, and it’s expected to hit 1.8% this year — though the number will decrease in magnitude once most PFresh conversions have been completed, he said.

The most significant issue at PFresh involves perishables, observers said.

“The biggest challenge for PFresh is the ‘fresh’ part,” Stern said. “Perhaps Target needs to put ‘fresh’ in quotes because it’s offering only a limited assortment of produce, meat and bakery items.”

According to Hertel, Target’s goal has never been to make its fresh assortments comparable to that of a supermarket.

“Management feels a larger fresh offering would mean more shrink, more labor and more expense, and it decided there were better ways to deploy capital,” he explained.

“The company obviously has internal benchmarks for how much it wants to invest in food. The thinking is, let’s enhance our business when people are already in the stores.”

According to Gorland, the perishables offering is more comparable to a limited-assortment store than a supermarket, “and that’s got to hurt in terms of building customer loyalty.

“With just 12 feet to 16 feet of meat or produce, there’s not much room for a lot of variety, and Target still has a lot to learn about perishables. Clearly, it is more interested in dry groceries, where it’s doubled the size of some offerings — for example, expanding breakfast cereal at some stores from 36 feet to 72 feet — and increased the number of frozen-food doors.”

“If it is relying on selling meat and produce as an impulse category, then those out-of-stocks are going to hurt basket size and sales per transaction.”

Stern said Target has been making some improvements to the PFresh assortment.

“But it’s been a long education for Target in the grocery business,” he said. “Initially it offered mostly specialty foods under its own Archer Farms label, but over time it’s added more basic groceries under the Market Pantry label.

“And it’s figured out how to compete on basics, adding more national-brand equivalents and growing private label significantly.”

Stern said he expects Target to drive PFresh sales from the current penetration of 19% up to about 25%, “though you won’t see Target become like Wal-Mart, where consumables account for more than 50% of sales. That’s not what Target is interested in doing.

“Target’s aim is to achieve a balance where it can take advantage of increased traffic for food at low margins while selling fashion and home products at higher margins.”

Trying to achieve that balance could create some advertising challenges, Stern pointed out. “Target is trying to keep fashion, seasonality and traffic-drivers as priorities in its ads.

“But food is driven by price, and when Target puts groceries on the front of its weekly ads, some people feel it diminishes Target’s fashion image. So it’s working hard to keep a balance.”

Adrianne Shapira, an analyst at Goldman Sachs, New York, said food may be hurting Target’s image. “Target has confused shoppers by emphasizing food and low prices at the expense of its cool image,” she wrote.

“These were good moves during the recession, but the pendulum may have swung too far, attracting more medium- and low-income shoppers at the expense of the higher-end shopper.”