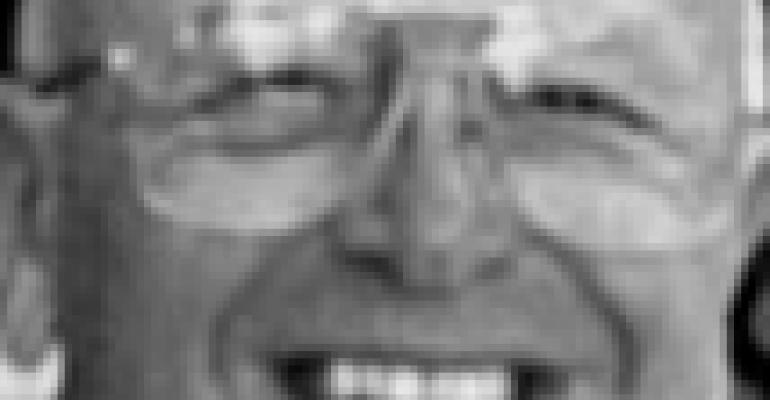 Joe Coulombe has succeeded in retail without ever trying to accommodate the mass market.

Like many successful entrepreneurs, Coulombe has succeeded in carving out a unique niche that appeals to a small slice of the consuming public — in the case of Trader Joe's Market, to the overeducated and the underpaid.

“What that originally meant was, everyone from underpaid musicians to out-of-work PhDs could come to Trader Joe's and find elements of the lifestyle they aspired to for not too much money,” Coulombe told SN.

“They wouldn't find branded items, but the merchandise was always of the highest quality and priced within the reality of a schoolteacher's salary that offered glimpses into a much more affluent lifestyle.”

Achieving that goal has earned Coulombe, 80, a spot in SN's Hall of Fame.

Evolving from a convenience store into a market offering a variety of products that kept changing over the years, Trader Joe's today is a thriving chain of 350 stores across the U.S. with sales approaching $8.5 billion and an extremely high cachet among a broad range of consumers looking for something a little different.

Yet it's still recognizable to its founder 21 years after he retired. “My successors at Trader Joe's have taken a 30-store chain nationwide with remarkable adherence to the basic concepts we started out with,” Coulombe told SN.

“Though it's certainly a different store than I left in 1989, I changed it so many times, I can't argue with what they've done.”

Dan Bane, Trader Joe's current chairman and chief executive officer, credits Coulombe with possessing the vision that has made the chain such a unique business.

“Joe is a brilliant thinker and visionary who long ago predicted that shifts in education and technologies around travel would generate a cadre of passionate customers eager to find and buy products like those they enjoyed when they last visited France, Italy or some other magical destination,” Bane told SN.

“Joe mesmerized a loyal group of young disciples more than 40 years ago to develop a customer shopping experience that was fun and informative, and as a result, Trader Joe's has enjoyed a near-cult following with its customers since its founding.”

Among those disciples were Robin Guentert and Leroy Watkins, two of Coulombe's earliest hires — both now retired — who ultimately achieved executive positions as the company grew: Guentert as the company's West Coast president and Watkins as senior vice president, operations.

Guentert called his old boss “a true visionary” for the programs and products he introduced that were unusual in their time and that helped make Trader Joe's the phenomenon it became.

“Joe was always ahead of the rest of the industry,” Guentert noted, with initiatives such as freshly squeezed orange juice; produce cut and wrapped at the stores; a lunchtime sandwich program; selling bulk cheese off a cheese wheel; and selling fresh croissants.

Watkins said the years he worked with Coulombe were “the most fascinating 30 years of my life. Joe is intelligent, with a photographic memory, who wanted to expand everybody's intelligence and knowledge as best he could. He was constantly coming up with new ideas that were five or 10 years ahead of others in the industry.

“For example, we put in upright freezers at least five years before most supermarkets in Southern California. And when we opened the first Trader Joe's with thousands of bottles of alcohol up front, people in the liquor industry laughed at us and told us they would help us get rid of whatever didn't sell. But they never had to because it sold.”

Coulombe is modest about the ideas Trader Joe's introduced. “I'm just good at stealing other people's ideas,” he explained. “And when every last cent you own is invested in the business and it's your ass that's on the line, you tend to come up with a lot of ideas.”

When he started a convenience store chain, Pronto Markets, in 1955, he recalled, the stores were among the first to carry health and beauty aids, to promote ice cream, to sell paperbacks and to promote photo-finishing — “all ideas we adopted from drug stores,” he said.

Twelve years later, when he opened the first Trader Joe's, “we sold anything with a high value and a high rate of turnover, which included Playboy magazine, L'eggs hosiery and even ammunition, which accounted for 2% of sales at one time — though we took it out after Robert Kennedy's assassination.”

The first Trader Joe's — a 7,500-square-foot store in a former water plant in Pasadena, Calif. — offered a small conventional grocery selection with a large assortment of alcohol — 100 brands of Scotch, 70 brands of bourbon, 50 brands of whiskey, 20 brandies, large quantities of other liquors, plus 17 types of California wines, “which were all that were available,” Coulombe said.

The heavy emphasis on alcohol was part of a deliberate plan, he explained, based on an article he read in Scientific American magazine that said more people were graduating from college in the 1960s than ever before.

“Where much of the previous generation had been unable to attend college because of the Depression, their children were better educated because they were attending college in large numbers, and that's who I decided to go after.

“We also knew from research that the more educated people were, the more they drank, and so that first store had the world's largest assortment of alcohol,” he said.

Coulombe called the stores “Trader Joe's” because of the increase in overseas travel anticipated in the late 1960s, he said. “Once the 747 came into use, it dropped the cost of foreign travel, and I knew travel would broaden people's education,” he explained.

“And the South Seas, which had once seemed too far away for people to visit, were now much more accessible, so we adopted a South Seas theme for the stores, with nautical decor and employees in tropical shirts.”

In 1971, Coulombe added a new element to the Trader Joe's concept — healthier foods — based on another story in Scientific American about biospheres, he recalled. “We began adding nuts, dried fruits and cheese — in fact, at one time we were the largest importer of brie in the U.S.”

The steady upswing in business came to an abrupt end in 1976 when fair trade laws on alcohol were lifted at about the same time the state of California stopped enforcing minimum pricing laws on milk, “and within two weeks our gross profit went from 22% to 2%,” Coulombe said.

“That's when I took a look at Stew Leonard's, whose single store in Norwalk, Conn., was doing $100 million with just 850 SKUs.

“His secret was buying well, so we dropped our grocery supplier, slashed our SKU count, made sure each item could make a profit and established our own system of logistics that involved out-sourcing distribution and trucking. All we did was buy and sell.”

During the late 1970s, Coulombe was contacted by the Albrecht family of Germany about selling the company. “I said no, but they kept raising the price, and in 1979 the employees, who had a 45% ownership stake, and I sold the company.”

Watkins recalled Coulombe's decency at that time. “He was the majority shareholder and he was offered more money for his stock than the rest of us were offered. But Joe insisted everyone be paid the same.”

Coulombe stayed with Trader Joe's for 10 years under the new ownership, then opted to retire in 1989.

He has kept his hand in the retail industry, overseeing the U.S. operations of Canada-based Provigo; serving as a top-level executive of Thrifty Drug Stores in California; and helping Sport Chalet emerge from bankruptcy. He is currently non-executive chairman of Cost Plus World Market and a director of True Religion Apparel.

When he's not offering someone advice on how to run their business, he spends time traveling or simply painting and gardening in his yard.

Walmart eyes other options as McDonald’s, Subway pull out
Apr 09, 2021