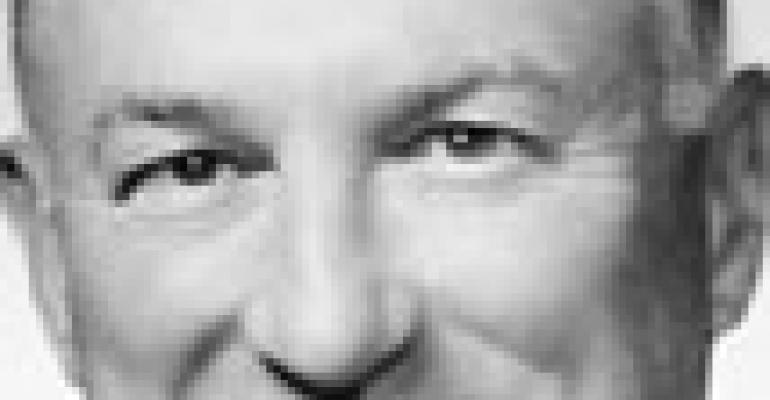 A former president and CEO, Hall ushered Kroger into the world of modern supermarket retailing through the creation of a strong divisional management structure and the sweeping conversion of tiny corner stores into full-fledged, self-service supermarkets in the years following World War II

Kroger Co. has been the dominant traditional supermarket chain in the U.S. for the last decade, but many of the building blocks of its current success were actually put in place more than half a century ago.

As president and chief executive officer from 1946 to 1964, Joseph B. Hall took Kroger from being a far-flung network of 1,430 small, mom-and-pop style corner stores and created a modern supermarket company, nearly quadrupling sales to $2.3 billion and increasing the store count by more than 1,000 locations, to 2,600.

During his tenure as the leader, Hall established a divisional management structure for the company that would allow it to remain closer to its customers as it grew. He is also credited with beefing up the chain's captive product manufacturing systems and for elevating the importance of customer feedback — a precursor to the company's current “Customer First” strategy.

His role in the transformation and development of the Cincinnati-based Kroger Co. have earned him a place in SN's Hall of Fame.

“Joe Hall was a class man, an intelligent man, and he was interested in improving things,” Gene Hoffman, who had worked at Kroger under Hall and became the company's president after he left, told SN. “He was focused on improving relations with Kroger customers, increasing the size of the stores to be competitive, having good management structures and having a lot of focus on product testing.”

Hall was born in what was described a poor neighborhood in South Chicago in 1899, and he worked in a variety of manual-labor jobs throughout high school and college. After graduating the University of Chicago as a top track athlete and scholar in 1921, Hall worked in the real estate business before he joined Kroger in 1931 in the company's real estate department. In the ensuing years he trained himself in operations by working in Kroger stores, and eventually became leader of the company's St. Louis division, was named executive vice president, and then became president and CEO in 1946.

“After they first brought him in, in the real estate department, very soon they realized they had some real talent,” said Robert Aders, who also worked at Kroger under Hall and later became chairman of the company.

“He shepherded the transformation of the company into a multi-divisional operation, and built the basic structure for what would become a multibillion-dollar organization. He had all the divisions lined up on the same general concepts, but each one retained its unique qualities to serve the customer base.”

Hoffman added that Hall “placed a lot of authority in the divisions, which it had never had before.

“Before Hall, it had been a more centralized company,” he said.

Hall ascended to the top executive office at Kroger following World War II, when the supermarket format emerged, combining fresh fruits and vegetables, meats and shelf-stable goods all under one roof in a self-service format.

While Kroger had already been one of the nation's dominant grocers before this shift, Hall spearheaded the company's transformation from a network of corner grocery stores in the South and Midwest into a chain of larger supermarkets.

“Hall was trying to get the stores to be larger and in tune with what other good chains were doing,” explained Hoffman. “He was building stores in the 20,000- to 24,000-square-foot range, which was large in the 1950s.”

Known for his no-nonsense, direct style of communication, Hall surrounded himself with capable people to help steer the company into the supermarket era. When he became president, he hired financial expert John Lockhart and attorney/politician Jacob E. Davis — who would later become CEO — and embarked on a string of acquisitions that brought Kroger into several new markets, including locations in Wisconsin, Minnesota, Louisiana and Texas. He used the acquisitions as beachheads for expansion, and developed rapidly in those markets with the new supermarket format.

He is also credited with bolstering Kroger's private-label manufacturing business, streamlining a range of 49 different private labels into one — the Kroger brand. He took what was already a strong manufacturing operation — before he became CEO, Kroger's full name was the Kroger Grocery and Baking Co. — and improved it further, strengthening quality control and product testing. Today that business is considered one of the cornerstones of the company's success, with 26% of sales coming from private label, many of which are made in the company's 40 manufacturing facilities.

In 1960, Hall instituted a program called “Kroger Calls,” according to obituaries written at the time of his death in 1978. In this program, Kroger executives would visit housewives in their homes and obtain feedback from them about their grocery shopping.

“If we never got a single new idea from these American housemakers — and we got several — the calls would still be more than worthwhile,” Hall was quoted as saying at the time. “Often they give us assurance. And it is not only good to meet the homemaker at home, but it gives us a chance to tell our side of a few store problems.”

Hoffman said he recalls the Kroger Calls program also being used to introduce shoppers in new markets to the Kroger banner, as executives would ride around in vintage autos and pop in on housewives with bundles of free groceries. Hall often was present on those visits.

Aders said Hall would always seek to keep the customer top of mind at Kroger. During corporate meetings, Hall would often follow up another executive's presentation by asking, “What does Mrs. Smith think about that?”

Kroger would later become one of the first supermarket companies to formalize customer research through the use of surveys.

One of the acquisitions Kroger made late in Hall's career was of a New Jersey pharmacy company, led by James Herring. That acquisition helped pave the way for Kroger's entry into the food-and-drug combo format, an era of expansion that Herring would later oversee.

After he retired, Hall was chairman of Cincinnati Redevelopment Corp. from 1964 to 1970 and was active in other local civic organizations that focused on rebuilding Cincinnati's downtown area.