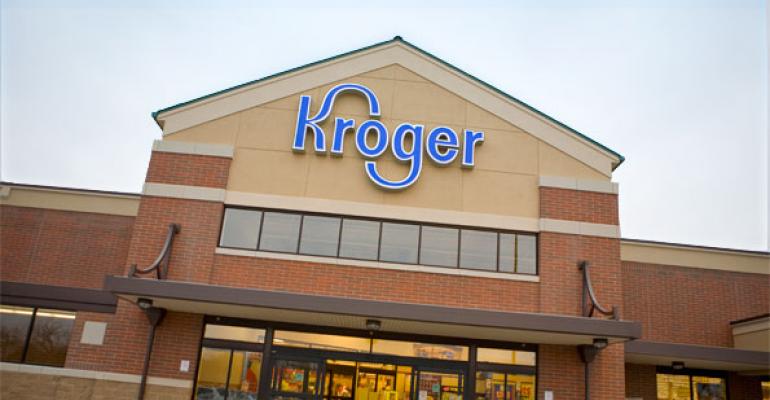 The retailer here summarily increased its earnings guidance for the year, and said it had authorized a $1 billion stock buyback.

Net earnings of $439.4 million, or 78 cents a share, exceeded consensus estimates of 72 cents and were sparked by cost reductions and lower taxes. Sales increased 5.8% to $29.1 billion. Excluding fuel, identical store sales climbed by 4.2%. Sales — which were slightly below analyst estimates — were impacted by inflation that slowed more than expected, Kroger officials said.

The results — standing in contrast to some of Kroger’s supermarket competitors including Ahold, Supervalu and Safeway over a similar period — lent further support to Dillon’s contention, repeated again last week, that Kroger was competing in a different channel of trade than just traditional supermarkets. During a conference call discussing results, he in fact credited that competitive mindset as a basis for Kroger’s success.

“As we’ve grown our market share some of you [analysts] asked, ‘Who is Kroger gaining from?’ Since we’re targeting customers and not other retailers, there isn’t always a clear answer,” Dillon said. “One thing that is clear as we grow market share is that our customers come from a much broader base than just supermarkets. It is also clear that we compete very well with a broader array of food retailers [and] this includes restaurants.”

Rodney McMullen, president and chief operating officer, said inflation — estimated at 3.9% — decreased at a faster rate than anticipated, with deflation in produce offsetting price increases in other categories. Dillon said he expected inflation over the course of the year would likely be between 2% and 3%, “which doesn’t mean lower prices. It probably means stable shelf prices or slightly up shelf prices.”

Regarding consumer sentiment, Dillon said uncertainty remained even among wealthier shoppers who otherwise are exhibiting behavior indicating the recession was over. Things remain difficult for lower income shoppers, he added. “Overriding all of that is the fact that if you look just generally at the geopolitical world right now people are a little bit nervous and so there’s a bit of anxiety out there on the whole that kind of dampens the enthusiasm even for those on the high end.”

Added McMullen: “We continue to see [the economy] get a little better, but boy, it is very slow and bumpy week to week.”