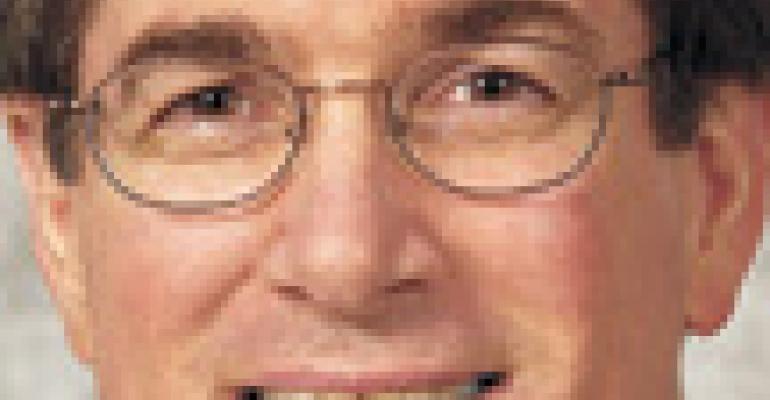 Although Kroger exceeded sales and earnings estimates for its second quarter, which ended Aug. 13, gross margin and EBITDA took a hit as the retailer invested more in price than expected to sustain volume. Analysts — nearly unanimous in their praise of Kroger as the best-performing operator among conventional supermarket companies — said the rocky results likely portend more of the same from Kroger's peers.

“While Kroger is clearly one of the best operators in the food vertical, the current environment remains completely uncooperative and is proving very difficult, even for the mighty Kroger,” Scott Mushkin, an analyst at Jefferies & Co., said in a research note.

Gary Giblen, an analyst for Aegis Capital, New York, in an interview likened Kroger's run of success in the down economy to a tightrope walk that was upset by price inflation during the quarter. Kroger officials estimated inflation at 5.2% during the period, accounting for most of its 5.3% gain in identical-store sales excluding fuel. Margin was down 53 basis points to 21% of sales.

“It was almost an article of faith that Kroger could maintain that delicate balance of good margins and good sales,” Giblen said. “A good acrobat can ride the tightrope for a while, but eventually, they'll fall, especially if the wind gets stiffer from the economy and food inflation. This time, they couldn't get the right balance.”

Rodney McMullen, Kroger's president and chief operating officer, in a conference call revealed that the weakening consumer environment prompted it to invest the savings from an anticipated tax benefit into lower prices to sustain volumes. Shopping trips were up in the quarter but basket size decreased, while private-label sales grew by 1% since the first quarter.

“Customers are even more value conscious when they shop, they are buying smaller baskets and selecting some lower cost items, including our corporate brand products,” McMullen said. “This has made the value we offer our customers through lower everyday prices, weekly promotions and personalized rewards to loyal households even more compelling.”

While McMullen insisted the company was passing through its rising costs at retail — particularly in center store goods — the shaky results led some analysts to wonder how long that trend would sustain itself.

“If it's raining hard in Cincinnati, then it's gale force winds in Jacksonville or Pleasanton, or Minneapolis,” said Giblen, referring to the home cities of respective Kroger rivals Winn-Dixie, Safeway and Supervalu. If the struggle for volume continues in the months ahead, he added, those companies could find themselves in price war.

“If Kroger had to invest in price, even if the others just want to keep a constant spread and respond, then they're going to have to invest in price also, and from there, it's a race to the bottom, even without an external factor like Wal-Mart trying to in crease their spread, or dollar stores becoming a more significant factor,” Giblen noted.

Kroger's investments in price, along with inflation, drove quarterly top-line growth by 11.5% to $20.9 million overall. Earnings improved 7.3% to $280.8 million. But investors were alarmed that EBITDA grew by only 2.7% in the same period. In the first quarter, Kroger's EBITDA grew 11.6% on a lesser sales gain. Kroger stock fell by nearly 6% after results were announced Sept. 9 and several analysts adjusted their price targets and earnings estimates downward.

David Dillon, Kroger's chief executive officer, urged analysts not to look too narrowly at the results.

“I don't think a quarter timeframe gives you a good enough feel, generally, for the market,” he said, noting that the quarter included higher expenses for liability reserves and warehouse start-up costs that impacted its ability to leverage sales in the period.

“I actually feel the quarter was quite solid,” he added. “I'm very pleased with the way it balanced out.”

Dillon said demand among affluent customers for items like Starbucks coffee, organic produce and sushi remained strong during the quarter but those shoppers expressed some concerns about their investments losing value. McMullen acknowledged their shopping behavior “would eventually catch up to what they say.”

“Affluent people aren't living paycheck to paycheck, but if they see their investment portfolios shrinking in value then they will pull their belts in,” Giblen said. “The suggestion from management is that that's something that's on the cusp of happening.”

Karen Short, an analyst for BMO Capital Markets, reduced her estimates for fiscal 2011 and 2012 earnings and reduced her price target, saying the results indicated she a recent stock upgrade was overly optimistic. “In Q2, the customer clearly came first, the shareholder, second,” she said in a research note.

Andrew Wolf, an analyst with BB&T Capital Markets, lowered his price target for Kroger by 10% and earnings forecast by 2.5%, saying the former reduction is greater due to an anticipated slump among supermarket stocks given the deteriorating environment.

Kroger officials acknowledged labor negotiations were “challenging” — including the ongoing stalemate in Southern California. Contracts for Kroger workers in Charleston, W. Va., and Memphis, Tenn., are scheduled to expire during the third quarter.

“These negotiations are challenging because of our efforts to manage the increase of healthcare and other costs, a sluggish economy, and our need to compete against nonunion retailers with lower cost structures are contributing factors as well,” McMullen said.