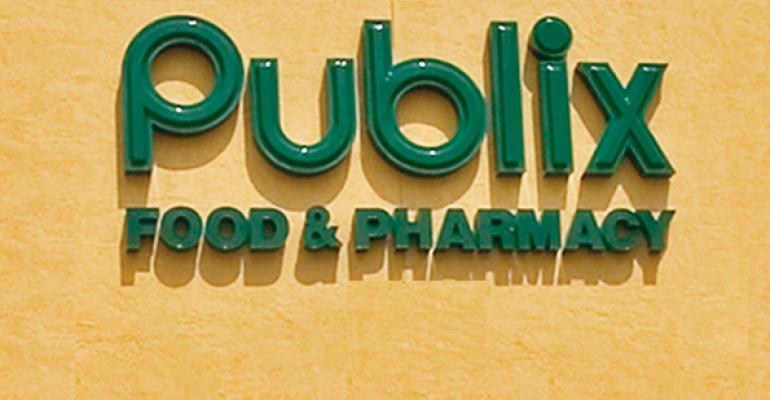 &ldquo;We&rsquo;ve long been asked by our customers and associates when we&rsquo;d be coming to North Carolina. We are in a good financial position to continue our growth, and so when an opportunity presented itself, it made sense for us.&rdquo; &mdash; Maria Brous, spokeswoman, Publix

CHARLOTTE — In a move that had been anticipated for months, Publix Super Markets last week confirmed its intentions to invade North Carolina, revealing plans to build its first store in Ballantyne and a Charlotte-based division for further growth in the Tar Heel State.

The announcement foretells a battle between Publix and local market share leader Harris Teeter, two Southern food-retailing icons with similar reputations for service and quality. Those two retailers last battled more than a decade ago in Atlanta, ending in 2001 when Harris Teeter bowed out of the market and concentrated its expansion to Northern markets.

“This is the flip side of the Atlanta coin, in my opinion. I know Publix wants to expand, but to go north they’ve got to go through Charlotte, and that’s going to take a lot of effort,” John Batanides, managing director of Charlotte commercial real estate firm Newmark Grubb Knight Frank, told SN last week. “I’m not sure I’d want to go up against Harris Teeter in the Charlotte market. They’re the complete hometown favorite.”

Harris Teeter in recent months has been fortifying its position in Charlotte, most notably as a result of an asset swap earlier this year with Lowes Foods giving Harris Teeter 10 new metro Charlotte locations in exchange for six of its stores in outlying markets. Last week, Harris Teeter announced that two of the acquired Lowes locations would take on a new banner, 201central, that will be positioned as a specialty store built around extensive beer and wine selections, catering and party planning.

“This is a market that has been controlled predominately on the high end by Harris Teeter. They’ve had competitive forces from the Earth Fares and Lowes Foods over the years but they’ve pretty much been able to hold their own and gain ground where they can,” Andrew Jenkins, managing director at Karnes Research Co., a Charlotte-based real estate data firm, told SN.

Industry watchers had long anticipated Publix would expand into North Carolina, particularly after the retailer made plans to open two South Carolina stores on the outskirts of Charlotte this year. The new Ballantyne store, which Publix said has a tentative opening date early in 2014, will be located around six miles from the Publix store in Indian Land, S.C., set to open next month. The Ballantyne store will also be virtually surrounded by Harris Teeter outlets, including stores less than a mile away to the north and south along a stretch of Johnston Road.

Expansion 'Made Sense' for Publix

Maria Brous, a spokeswoman for Publix, told SN last week that the company is actively looking for additional sites in the Charlotte market but said the company would not identify specific locations until it signed leases. She said Publix would establish a separate division in Charlotte to manage stores in the area, but had no current plans to build a distribution center there. Publix currently has divisions in Miami, Lakeland and Jacksonville, Fla., and in Atlanta.

“We’ve long been asked by our customers and associates when we’d be coming to North Carolina,” Brous said. “We are in a good financial position to continue our growth, and so when an opportunity presented itself, it made sense for us.”

Publix may also have been motivated to expand by Wegmans Food Markets, the Rochester, N.Y.-based grocer which has been expanding south for several years, according to Burt P. Flickinger III, managing partner for Strategic Resource Group, New York.

“As Wegmans moves further South, Publix is moving North as quickly as it can,” Flickinger told SN. He also said Publix could be emboldened by the struggle of Delhaize’s Food Lion chain to improve its results, while drawing on past success against Wal-Mart, which controls more than 19% of the Charlotte statistical area, according to Metro Market Studies.

“Publix sees market share in Charlotte being more vulnerable over the next few years than it was over the previous five to 10 years,” Flickinger said. “Publix and Harris Teeter will be a battle, but as Publix demonstrated in Florida, it can take share from Winn-Dixie and Wal-Mart as well. For its market share to grow, Publix will have to take share from everyone.”

Harris Teeter entered Atlanta in 1993 and grew to 15 stores there before selling the units to Kroger in July of 2001. Officials at the time said the company faced “demographic and geographic” hurdles preventing the stores from turning the kind of profits it sought. One analyst said Harris Teeter, despite operating attractive new stores in the market was “simply outgunned” by Kroger by Publix there.

Harris Teeter since directed growth North, and today operates stores as far North as the Delaware shore and Baltimore. It has also worked diligently to improve its fleet in its hometown, sources there said.

“A lot of what Harris Teeter has done lately is not the rapid store growth they’ve done in the past but a lot more along the lines of renovating their existing stores, and making them larger,” Jenkins said.

The 201central stores, set to open next month, are both 30,000 units in Huntersville, N.C., and Wesley Chapel, N.C.  The 201central name refers to one of the original Harris Food Stores, known as store #201 in Charlotte, which Harris Teeter said was Charlotte’s first full-service supermarket.

Harris Teeter said the new stores will be focused around party planning, offering more than 3,100 varieties of wine and 680 varieties of beer, in addition to wide selections of cigars; specialty cheese and olives; artisan breads; bulk foods including coffee, tea, nuts, grains and rice; and other specialty and common beverages and snack items. Harris Teeter is also planning for expanded international foods and local and regional products such as barbecue sauce, dips, salad dressings from local producers. The stores will also carry wine and bar accessories, party goods, appliances, kitchen gadgets and seasonal products.  Specialty services include in-store wine consultants, event coordination and catering as well as party rentals and educational classes focused on wine, beer and food pairings.

“We believe that 201central will become your central place to find everything you need to make all your celebrations the best,” Harris Teeter said in a statement.