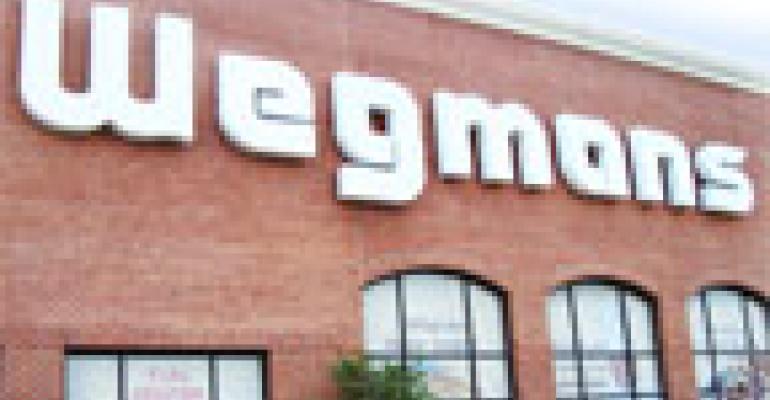 Observers tend to describe New England as a relatively stable market for grocery retailers, noting that tight land constraints, slow population growth and longstanding traditions have ruled the day. But that could all be changing soon. While grocery watchers are counting the days until Wegmans Food Markets arrives in Massachusetts for the first time around 200 if everything goes according to plan

But that could all be changing soon.

While grocery watchers are counting the days until Wegmans Food Markets arrives in Massachusetts for the first time — around 200 if everything goes according to plan — the local chain Demoulas Supermarkets is on an aggressive building spree fueled by high-volume sales and market-leading prices. Aldi in the meantime has begun making appearances on the map and Target is boosting its grocery presence.

Those events — along with the sluggish economy — will force other players in the New England market to either raise their games or perish. Already among the wounded in this newly heated market is Shaw's, which late last year pulled its stores out of Connecticut and has been losing sales elsewhere as it failed to keep up pricing with peers including Hannaford and Stop & Shop. Shaw's long-term future remains a subject of considerable speculation.

Even Wal-Mart Stores, which struggled to get a Supercenter presence in some New England markets, has not realized the results it had strived for there, observers said.

“For the most part, New England has been more stable than a lot of grocery markets,” Leon Nicholas, of Cambridge, Mass.-based Kantar Retail, told SN in a recent interview. “But Wegmans is going to change the service game; there's nothing really like it in the market now. But for the market to really change it needs a shock, and maybe the sale of Shaw's to a company like Kroger is the kind of thing that does that. If that happens, maybe you'll see something like a New England price war.”

NOT AFRAID OF WAL-MART

The busiest grocery chain in New England has been Tewksbury, Mass.-based Demoulas Supermarkets, which has ridden large stores, high volume and low prices to an expansion kick. The company, founded in Lowell, Mass., in 1916, has revived after a protracted battle between family interests running the company slowed its progress for years. It operates 63 stores, all under the Market Basket name, after converting the last of the DeMoulas-branded stores a year ago.

“[President] Artie Demoulas has led them on a real retail renaissance when just about everybody else is going backwards or sideways,” said Burt P. Flickinger III, managing partner of Strategic Resource Group, New York. “The company was in a neutral zone for almost a decade and competitors thought they were vulnerable.”

The chain has regained its footing behind heavy investment in new and replacement stores, some as large as 135,000 square feet. It expanded last year to the south for the first time in New Bedford, Mass., but has been especially busy building new stores in New Hampshire, where it has found an enthusiastic audience of shoppers and property sellers.

“When someone asks me about new construction in New Hampshire I tell them two things: It's medical and it's Market Basket,” Dan Scanlon, a retail investment advisor with Bedford, N.H.-based Grubb & Ellis/Northern New England, told SN.

The chain opened new 77,000-square-foot stores last year in Epping, N.H., and Swanzey, N.H., and has five new stores in various stages of development: Londonderry, Hooksett, Manchester and Burlington, all in New Hampshire, and a new store in Lowell. Market Basket owns and develops its own stores in most cases through an affiliated development company, Retail Management & Development.

Large and well-located, Demoulas' stores rely on a folksy, uncomplicated atmosphere drawn from longstanding presence in its markets and its reputation for practicality. It's renowned for neat, no-frills presentations under the tag line “More for Your Dollar.” It's a message that resonates with New England consumers, observers said, especially as the economy declined in recent years.

“They're a bit of a category killer, grocery-wise, and they aren't afraid of going toe-to-toe with Wal-Mart,” said Scanlon. “[The recent expansion] seems sudden, but we've all known they've wanted to have a bigger presence in the market for some time, and they've just been waiting for the right opportunities. They are very much about real estate. They own most of their stores and are pretty good about the locations they get.”

Market Basket's fortitude has been demonstrated in places like Epping, N.H., where its new store neighbors a recently renovated Wal-Mart Supercenter. A study of those two stores last year by Kantar Retail illustrated that while Wal-Mart maintained a slight pricing edge on Market Basket, the latter “effectively carved a relevant value proposition through assortment and signage to fulfill its shopper expectations.”

The Kantar study compared similar baskets on edible, non-edible and HBA items, and found Wal-Mart's pricing edge ranged from 5% to 28% less expensive. However, the Kantar study noted a greater percentage of the items in the Wal-Mart basket were on “rollback” cuts. Had they not been on promotion, the Wal-Mart basket would have been 8.9% more expensive than Market Basket, Kantar said. Market Basket also offered cheaper private-label items and in some cases had superior selections.

“Perhaps the most striking difference was the store ambiance,” the report concluded. “This analysis found that the Wal-Mart was so clean that it became almost sterile, and so uniform that it turned almost faceless. Market Basket, by virtue of its smaller store base and greater entrenchment in its community, appeared to have an advantage here. The store's use of personal appeals, handwritten signage and a neighborhood — as opposed to corporate — style established the grocer as not only more regional and authentic but also more engaged with shoppers.”

Market Basket owes its pricing image to a similar kind of authenticity. The company is private, owns its own buildings and warehouse, self-distributes, doesn't advertise heavily and has longstanding relationships with suppliers, observers say. Those savings are plowed into lower retails and sharper prices, especially on weekly specials. Company officials were not available for comment.

“Their buildings are no-frills, and they've almost been able to turn that into a virtue,” said Nicholas. “They can say to the shopper, ‘Look. We're a no-frills kind of place, we don't do that fancy-schmancy kind of stuff.’ It's not a magic bullet, but they're not encumbering their stores with things that add a lot of cost or complexity.

“It's a simpler approach,” he continued. “It's less about making higher margins on perishables than it is about making fast pennies on Center Store.”

Among supermarket competitors, Market Basket tends to offer a more exciting price message than EDLP operators like Hannaford, and affords better sale prices than Shaw's, the West Bridgewater, Mass.-based supermarket chain beset by debt issues at its parent company, Supervalu. Stop & Shop, the Ahold banner based in Quincy, Mass., was drawn to build bigger stores to compete against Market Basket in places like New Hampshire but was unsuccessful, Flickinger said.

“In northern New England, Demoulas is as strong as Wakefern/ShopRite in Metro New York and New Jersey,” Flickinger said. “They are very similar. They fight to win every week.”

Overall, both Stop & Shop and Scarborough, Maine-based Hannaford Bros., a division of Belgium-based Delhaize, have had recent success in New England, turning positive comps mainly at the expense of Shaw's and, to some degree, independents and companies like A&P retreating from the region. Both operators rely on price, variety and service. Stop & Shop's comprehensive efforts to improve pricing, and its engagement of a sophisticated marketing program through its loyalty card, have helped its cause in New England, sources said.

Flickinger, however, predicted the pending arrival of Wegmans to Massachusetts “will be the most difficult challenge Stop & Shop has ever faced.” Rochester, N.Y.-based Wegmans, renowned for its large stores featuring innovative prepared food offerings and retail theater, along with sharp everyday pricing, is scheduled to make its debut in Northborough, Mass., near Worcester, in October, and is working on a second site in the Boston suburb of Westwood. The latter project has encountered development delays and has no firm opening date.

“If Wegmans can get the right traffic lights and roadwork for ingress and egress, they should do $135 million to $150 million in sales a year, which would make developers very happy,” Flickinger said. “Wegmans will do superbly.”

The debut Wegmans will share a shopping center with BJ's Wholesale Club, the warehouse club that intends to relocate a store in neighboring Westborough. Founded in Natick, Mass., and headquartered in Westborough, BJ's operates 23 clubs in Massachusetts. “BJ's keeps everybody in the market on their toes, price-wise,” noted Nicholas.

Batavia, Ill.-based limited assortment grocer Aldi operates 18 stores in Connecticut and is looking north, representing another potential source of a market shakeup. The company operates four stores in Massachusetts, including a site in Hadley that opened in December. According to Scanlon, the retailer has been eyeing sites around Salem, N.H., in what could represent its debut in the Granite State.

In Connecticut, Aldi's expansion along with the success of such unique food retailers as Stew Leonard's and the newly arrived Fairway Market, make for a “bipolar” market, according to Craig Johnson, president of Customer Growth Partners, a New Canaan, Conn., consulting company.

“People here love good prices and bargains, but they also enjoy the experiential retailers,” he said. “People are discriminating in their tastes so if you get a good player at either end of the price spectrum, they can thrive; and if you get a retailer who can do both, it's a home run.

“Stop & Shop really stepped up their game when Whole Foods came into the market, knowing there was good competition,” he continued. “The fact that there's new guys coming in, and they're good, is not going unnoticed by anyone from Stew Leonard Jr. on down. Seeing Wegmans moving in one state over, it's not a question of if they're coming to Connecticut — it's when.”

Elsewhere in Connecticut, Wakefern's ShopRite banner, along with its discount format PriceRite, have moved in to fill a void created when A&P and Shaw's closed or sold most of their locations in the state over the last year. Stop & Shop and Big Y Supermarkets, Springfield, Mass., also picked up some volume as a result, sources said.