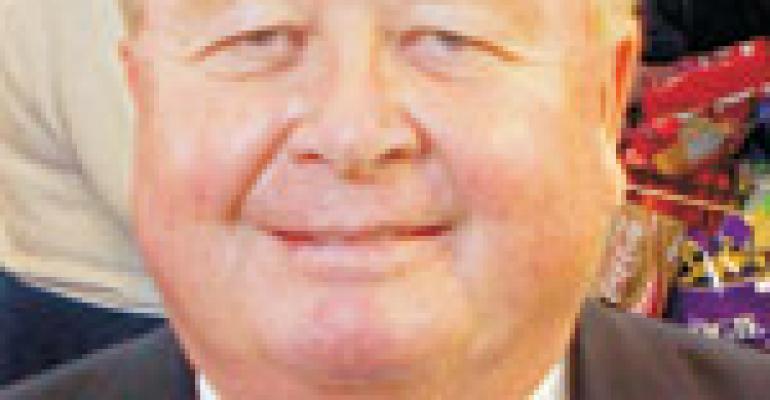 Marsh Supermarkets has filed a lawsuit against the chain's former chief executive officer, Don E. Marsh, accusing him of spending corporate funds on a vast itinerary of international travel for himself and his family as the regional chain's finances were deteriorating. The suit, filed in Hamilton County Superior Court here, was prompted by an IRS audit of the company's finances,

NOBLESVILLE, Ind. — Marsh Supermarkets has filed a lawsuit against the chain's former chief executive officer, Don E. Marsh, accusing him of spending corporate funds on a vast itinerary of international travel for himself and his family as the regional chain's finances were deteriorating.

The suit, filed in Hamilton County Superior Court here, was prompted by an IRS audit of the company's finances, the complaint states.

Marsh Supermarkets, based in Indianapolis, was acquired by private equity firm Sun Capital Partners, Boca Raton, Fla., in 2006 for $88 million. Don Marsh, the son of Marsh Supermarkets founder Ermal Marsh, left the company in September of that year.

“As CEO of a regional grocery chain, [Don] Marsh used millions of dollars of the company's funds to travel the world, to maintain vacation homes, and inappropriately to finance personal relationships,” the lawsuit states.

The suit claims he did this by creating a system of “executive vouchers” that were “outside the company's normal accounting procedures.”

The complaint also accuses the former CEO of using the company jet for personal travel beyond the terms of his contract; of accepting gifts from suppliers that amounted to personal vacations; and of spending “tens of thousands” in petty cash without properly documenting how it was used.

Don Marsh could not be reached for comment, but reports quoted his attorney as stating that the allegations are false and are “extreme misrepresentations.”

The suit seeks to void his employment contract with the chain and asks for repayment of salary and benefits, payment for costs associated with the IRS audit and punitive damages.

In a prepared statement, Frank Lazaran, the current chairman and CEO of Marsh Supermarkets, said the company had been forced to file the latest lawsuit “after months of unsuccessful attempts to settle the matter.”

In a back-and-forth battle between Don Marsh and the chain, local press reports quoted the former CEO as accusing Sun Capital of mismanaging the company and blaming him for their alleged financial difficulties. That prompted Lazaran to issue another statement rebutting the former CEO's attacks.

“This lawsuit is strictly business and seeks to recoup dollars that rightfully belong to the company, as well as expenses incurred as a result of the IRS audit, which is still under way,” Lazaran said in the statement. “While we regret the necessity to file the suit, I can assure you that we have been attempting to reach a settlement agreement for more than a year.

“I also want to correct the misstatement made by Mr. Marsh yesterday regarding the financial health of the company,” he continued. “When Sun Capital assumed ownership in September of 2006, Marsh Supermarkets was significantly underperforming and in serious debt. Today, through the hard work and dedication of our associates, we have made significant progress in the turnaround and have a financially sound business.”

Marsh had reported a loss of $40 million for its last full fiscal year before the sale. It had operated 126 supermarkets and a convenience store division at the time of the sale, and Sun Capital has since closed or sold several locations and has conducted an extensive remodeling program incorporating the Marsh Hometown Markets banner.

Marsh executives and directors were also the subject of a shareholder lawsuit filed in 2006 accusing them of fraud and mismanagement.