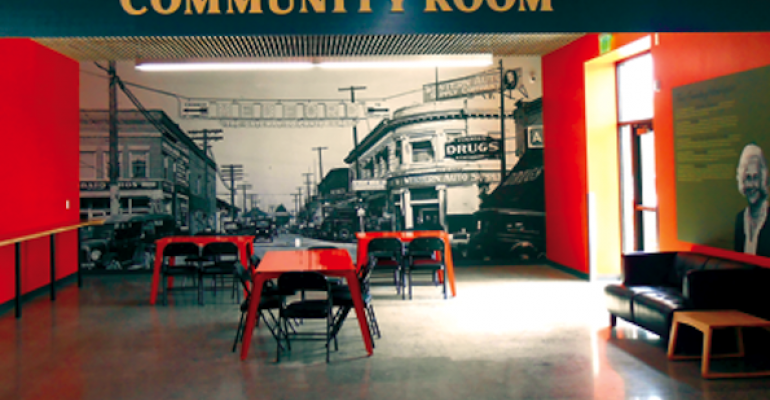 LAKEWOOD, Colo. — Natural Grocers by Vitamin Cottage here has been expanding — not just in terms of the number of stores, but with larger locations that accommodate more product and more space for community gatherings.

When the company first launched in 1955, its stores had only about 5,000 square feet of selling space.

“They were, and still are, very productive stores,” explained Alan Lewis, director of special projects for Natural Grocers by Vitamin Cottage, in an interview with SN. “But what has happened in the last five to 10 years is that the number of natural and organic products has ballooned — there are now 25,000 products that have organic ingredients, and 100,000 products in the market that claim to be natural.

“At the same time the number of natural and organic customers has ballooned as well.”

That means the company’s older locations can no longer accommodate what Lewis described as “a good core set of products,” and they also cannot comfortably handle the amount of traffic the products are driving to the stores.

Now the company is looking at sites with double the selling space of its original locations — about 10,000 square feet or more, plus a few thousand additional square feet for back room storage.

In a conference call with analysts this month, Kemper Isely, chairman and co-president, said the ideal total size for a Natural Grocers by Vitamin Cottage location is about 20,000 square feet.

“This allows us to increase our SKU count to get more product from our suppliers, plus if you can have an aisle that is two feet wider, that makes it a lot more comfortable and enjoyable for people shopping the store,” Lewis explained.

In addition to a broader product selection and more room for shoppers to maneuver, Natural Grocers is also including community rooms and demo kitchens in its locations as it expands. The rooms, at about 800 square feet, are designed to accommodate small community gatherings — free of charge — and also serve as spaces where the company can provide classes on cooking healthfully or to meet certain dietary requirements.

“It’s not truffle oil and squab that we’re cooking,” Lewis explained. “We talk about how to steam vegetables, how to incorporate that into meals, and how to adjust a recipe for your particular nutritional needs.”

The community rooms also help drive interest in the stores, and provide a service to the people who live in the area.

“It certainly helps to get those new people into the store for the first time,” Lewis said. “Maybe they are buying a kombucha or a protein bar while they are in there as well, but they are not being told they have to do that.”

To accommodate the company’s rapid pace of growth, Natural Grocers has been looking at recycling used retail space — former bookstores, for example, or vacated buildings in community strip centers.

“The nice thing about having a small, flexible footprint is that that are a lot of really good opportunities out there,” Lewis explained. “We work closely with economic development commissions, reviving especially those urban strip centers that just didn’t make it thru the ’80s and ’90s very successfully.”

With the simple store format — Natural Grocers stores lack extensive food-prep areas and other features often found in larger supermarkets — Lewis said the company can often open stores for $2 million or so, and turn around the spaces with a few months. That compares to $10 to $20 million and a construction period of a year or more form a typical supermarket.

Meanwhile the company is continuing to report strong financial returns on its investments as well. In the fiscal second quarter, comparable-store sales rose 10.6% — expressed as a daily average to remove the impact of two extra days in this year’s quarter — the company said earlier this month.

Net income grew 29.5% to $3.2 million in the second quarter, on a 25.4% increase in sales, to $106.5 million. On a pro forma basis — reflecting the acquisition of a controlling interest in a group that operated five of its stores as if that had happened before last year’s second quarter — net income rose 20.6% in this year’s quarter.

Gross margin decreased to 29.9% of sales during the second quarter, vs. 30.2% in the second quarter of fiscal 2012, due to a shift in product mix toward products with slightly lower margins, partially offset by purchasing improvements, the company said.

During the second quarter, Natural Grocers opened four new stores, bringing the total store count to 65 locations in 13 states. It plans to open 13 stores in fiscal year 2013, and it opened its first store of the third quarter in Kalispell, Mont. It also plans to expand the size of two older stores.

“The real estate portfolio is looking very nice for 2014,” said Isely during the conference call discussing second-quarter results. “We pretty much have most of our real estate selected for 2014, already and are just in various stages of negotiations for leases on those sites.”