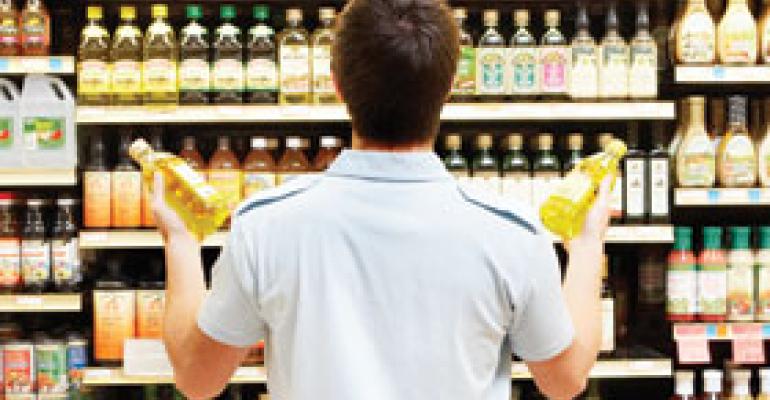 THE NEW VALUE shopper is less likely to stock up, will drive farther to find a deal, is less picky about brands and more fussy over price. Beyond that, observers note, their demographics hardly matter anymore. [It] is startling to know how little demographics matter, according to the 2010 How America Shops Megatrends study from WSL Strategic Retail. The rich are not as different from everyone else,

THE NEW VALUE shopper is less likely to stock up, will drive farther to find a deal, is less picky about brands and more fussy over price.

Beyond that, observers note, their demographics hardly matter anymore.

“[It] is startling to know how little demographics matter,” according to the “2010 How America Shops Megatrends” study from WSL Strategic Retail. “The rich are not as different from everyone else, at least emotionally; and overall, the young have become as conservative in their attitudes toward shopping and their willingness to spend as older shoppers.”

The WSL Report, based on survey data, indicated that as many as one-third of shoppers with incomes more than $150,000 per year are cutting spending and avoiding places where they are tempted to overspend. And that more than half of all ages and income groups feel that the recession will be around for another two years at least, and that it may take them two years after that to recover their financial stability.

Those facts support the notion that value shopping is a trend that will be around for a while and that it's an opportunity for food retailers serving shoppers of all economic strata. At a recent event for the opening of the Martin's banner at a former Ukrop's site in Richmond, Va., stores, Jim Scanlon, a regional vice president for Martin's, said the ability to better serve value-seeking shoppers — even among the upscale-leaning group that typically shopped at Ukrop's, would be a major benefit of the switch.

“More and more people are watching their dollars and being careful with their spending, so having the ability to do double coupons that enhance people's ability to save money is critical,” he said. “That's what it's all about right now, no matter what your income level.”

A trend toward more frequent visits and smaller shopping baskets has been reported by food retailers at the discount level all the way up to high-end players. At the same time, higher-income shoppers are drifting into channels where they hadn't previously shopped. The latter phenomenon bears watching, noted Burt P. Flickinger III, managing director of Strategic Resource Group, New York.

“In terms of serving value shoppers, what we're seeing is Aldi on a multinational level and WinCo on a regional basis doing the best job,” Flickinger told SN.

Flickinger likened recent price skirmishes between Aldi and Wal-Mart in the U.S. — with Aldi maintaining a price advantage on items such as canned vegetables despite aggressive Wal-Mart rollbacks — to their battles several years ago in Germany. That, he said, “ran Wal-Mart off the continent and cost them millions.”

While Wal-Mart isn't exactly in the same danger in the U.S., Flickinger said that small stores like Aldi, which can be more convenient to shop and offer the absolute best value, are winning value shoppers today vs. other vehicles.

Successful conventional supermarkets are those that detected the developing taste for value in shoppers early and adjusted accordingly, sources said. Those with a reputation for providing everyday value going into the recession have fared considerably better than rivals who did not, as evidenced by same-store sales struggles of such chains as A&P and Safeway — both of which have hastily instituted everyday-low-price programs in recent months.

Another signal of the durability of value consciousness is that so-called “pent-up demand” has not been realized, the WSL report noted. Sixty-three percent of surveyed shoppers simply don't want to buy as much as they did before the recession.

“Shoppers are quite OK with spending less,” the report said. “‘Less is more’ has become a fundamental value shift.”

That sentiment is echoed in a recent study by Kantar Retail concluding that even as the country eases out of the recession, pragmatism will remain. That study indicates that about one-fifth of consumers would continue to forego buying items it deems too expensive — a trend that could have lasting effects in food retail at the gourmet level, Kantar said. “Business models that rely on growth through appealing to shoppers who aspire to, but cannot afford, a luxury lifestyle will need rework,” Kantar noted.

Other shoppers may ease out of “rampant deal-shopping” evident in the recession but shift instead to a “more selective” style of bargain hunting, where price is still paramount and behaviors learned during the crisis are still applied. “Broad-scale trading down — across products, brands and retailers — will give way to more reasoned and rational trading down of purchases,” Kantar said.