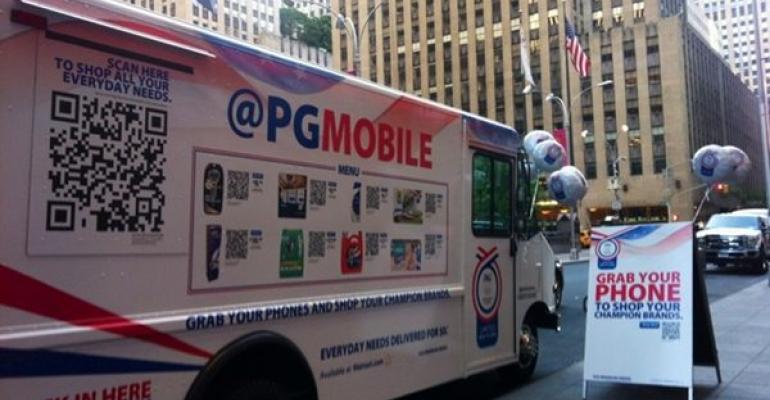 The trading partners are reportedly running a similar promotion at bus shelters in Chicago.

“We’re giving out samples and making it easier for you to save time and money. Follow us to see where we’ll be next,” states P&G on the @PGMobile Twitter handle dedicated to the campaign.

Target offers coupons for those receiving COVID shots
May 05, 2021