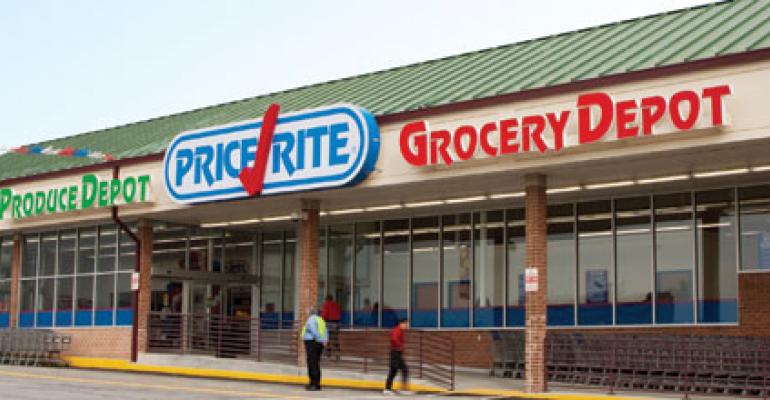 While ShopRite is already known for its sharp pricing and promotions, it has an even sharper-priced sibling &#8212; the PriceRite banner.

While ShopRite is already known for its sharp pricing and promotions, it has an even sharper-priced sibling — the PriceRite banner.

The network of 47 PriceRite locations operates in six states — Connecticut, Massachusetts, New York, Pennsylvania, Rhode Island and Maryland, with locations in some markets where ShopRite currently does not operate.

Founded in 1995 in West Springfield, Mass., PriceRite focuses on providing everyday low prices along with a large produce department, prepackaged meat and seafood products, and fresh-baked goods delivered to the stores. It conducts minimal advertising and does not produce a promotional circular.

PriceRite stores measure about 35,000 square feet — much smaller than the 65,000-square-foot average for ShopRite stores. Wakefern opened one new location this year, in Baltimore, and has locations as far west as Harrisburg, Pa., and Buffalo, N.Y.

“[PriceRite] fared well prior to the recession, and it is faring well with the recession,” said Joe Sheridan, executive vice president, Wakefern Food Corp., adding that “those customers who are most loyal to PriceRite are among those who have been hit hardest during the recession.”

“PriceRite has really had to sharpen its game,” he said.

The stores, which attract about 15,000 to 18,000 customers per week, tend to draw from specific neighborhoods or ethnic groups within the markets where they operate, he explained.

“They are fundamental stores, but this is a very fundamental time right now,” Sheridan said.

He projected that the company would continue to see “consistent, organic growth” in the PriceRite banner.