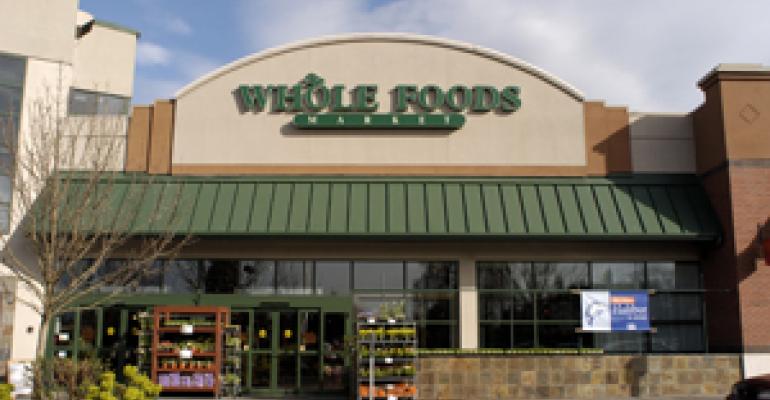 The bizarre seven-month saga of Whole Foods' effort to acquire Wild Oats took a giant step toward closure last week after a federal court thwarted last-ditch efforts by the Federal Trade Commission to block the deal on antitrust grounds. Whole Foods said it had acquired most of the stock of its smaller, publicly traded rival in a tender offer of $18.50 per share and had secured a five-year,

Whole Foods said it had acquired most of the stock of its smaller, publicly traded rival in a tender offer of $18.50 per share and had secured a five-year, $700 million loan to fund the purchase.

Several question marks still hang over the deal, however, including the actual number of Wild Oats' 109 locations that Whole Foods plans to close. In a prepared release last week, Whole Foods said it expected to complete the sale of Wild Oats' 35 Henry's and Sun Harvest locations in California and Texas, along with a warehouse in Riverside, Calif., to Los Angeles-based Smart & Final by the end of this month. It also said it would close an undetermined number of additional Wild Oats locations.

“Wild Oats has been rationalizing its store base over the last several years to shed underperforming stores, but some additional store closures are expected as well as the relocation of some stores that overlap with stores Whole Foods Market currently has in development,” Whole Foods said in a prepared statement.

Court filings released during the antitrust case revealed that 30 additional locations were slated for closure.

Whole Foods plans to remodel the remaining stores and convert them to its own banner, the company said, a process that could take up to two years.

There will be a few exceptions, however. In a separate announcement last week, Whole Foods said it planned to convert one Wild Oats store in Boulder, Colo., where Wild Oats is based, to a new format called “Whole Foods Market Express” that will focus on grab-and-go convenience foods. The 18,500-square-foot location serves a high concentration of University of Colorado students nearby, the company said.

Another Boulder Wild Oats location will be converted back to the Alfalfa's Market banner, which Whole Foods said was in tribute to “one of the early pioneers of natural grocery.” Yet another Boulder store will retain the Ideal Foods banner.

“The great thing about the Whole Foods operating strategy is that they don't have a one-size-fits-all mentality,” said Chuck Cerankosky, an analyst at FTN Midwest Research, Cleveland. “A store in Cleveland will look very different from one in Fairfax, Va.”

He said it would probably take “more than a couple of weeks” to evaluate the acquired locations and determine a course of action for the legacy stores, which are scattered throughout the country.

“Probably the most important aspect will be to give Wild Oats a merchandising flavor that had never been fully developed as part of the repositioning of the company that had occurred over the last several years,” Cerankosky said. “While the company was near bankruptcy at the time [former Chief Executive Officer] Perry Odak and his team came in [in 2001], it progressed greatly, but the merchandising is the last big step to be completed. Now that's going to be done by Whole Foods.

“The great advantage Whole Foods has is that it has a very well-proven merchandising strategy that it can put into Wild Oats, with the appropriate modifications, given that the store sizes are smaller and not all the locations are optimal. But given time, they will make it work.”

Another question that hangs over the company is the fate of John Mackey, Whole Foods' founder, chairman and CEO, who is being investigated by his own board of directors and by the Securities and Exchange Commission for anonymous posts he made on an Internet stock message board over a period of several years, praising Whole Foods and deriding Wild Oats.

Although some analysts had previously told SN they expected Mackey's days at the company to be numbered, Cerankosky said he thinks the Whole Foods CEO will be able to retain his position.

“I understand that John Mackey is so emotionally tied to everything that goes on there, that it doesn't surprise me that he got on there and did all that blogging,” Tamez told SN. “In fairness, he's probably not the first.

“Had the deal not gone through, it's difficult to say what might have happened, but given his role in that company's growth over the last 10 years, it's hard to believe he would have been ousted,” he added. “He probably will get a slap on the wrist, either formal or informal — he's not going anywhere.”

The sale allowed Los Angeles-based Yucaipa Cos., which was Wild Oats' largest investor, to cash out its investment. It originally acquired a 9.2% stake in Wild Oats for $25 million in 2005, and increased its stake to more than 15% last year, when shares were trading at about $12.50. It also owns a stake in Pathmark Stores, which is being acquired by Montvale, N.J.-based A&P.

The courts sided with the chains, noting the increasing competitive pressures in the natural and organic arena from traditional supermarket operators.

“While closing this merger has taken longer than we anticipated, we are very excited to now begin the integration process,” Mackey said in a prepared release last week. “We have always benefited from learning from our past acquisitions and believe this merger will result in a company that is much stronger and better positioned for the future.”

The total purchase was valued at about $722 million, based on Wild Oats' market cap of $553 million at closing and its total debt of $169.54 million.