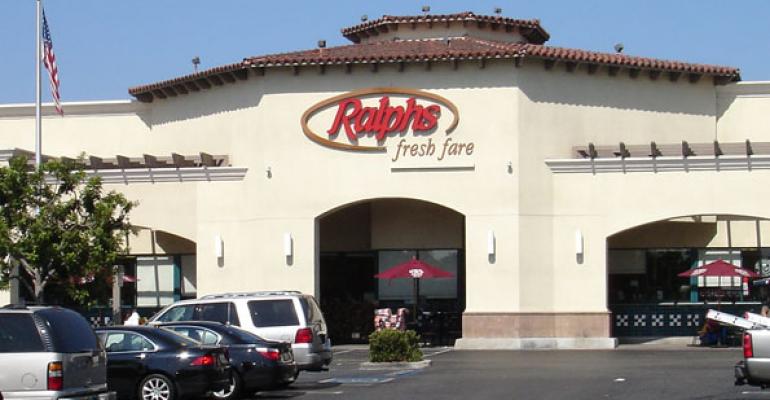 Although other divisions of Cincinnati-based Kroger Co. have introduced similar programs, “Ralphs is one of the largest divisions to make this kind of investment in lower prices,” Kendra Doyel, group vice president, public affairs, told SN.

Ralphs intends to supplement the EDLP program with promotions and checkstand discounts for holders of its loyalty cards, she added.

“We heard from our customers that they want everyday low prices at every store, so we’re investing in lower prices chainwide,” Doyel said.

Yellow shelf tags will indicate items where prices have been reduced. However, the chain is using a variety of price messages on the tags — for example, “real low price” or “everyday low price.” “We want the tags to say it different ways to drive home the message to customers,” Doyel explained.

She said Ralphs has lowered prices on more than 8,000 grocery items, more than 3,700 drug and general merchandise products, more than 1,400 natural food products and “hundreds” of produce items, “and we continue to feature wine and spirits at 30% off, as we have done since late last year.”

The chain also said it would no longer double the value of manufacturer coupons — a program it pioneered in Southern California more than 20 years ago. Instead, it said it will accept coupons only at face value.

The move comes as Kroger has yielded some market share in the Los Angeles market in recent years, although it remains the No. 1 food retailer. Some analysts have said the chain’s more upscale positioning in the market has prevented it from enjoying some of the benefits Kroger has received from its low-price positioning in other markets. (See Kroger Doctrine Is Changing the Channel.)

In other changes, Ralphs said it will alter the ways consumers can benefit from its “Rewards” loyalty card. For example, rather than allowing shoppers to accumulate points, based on purchases, that are turned into cash certificates on a quarterly basis, those points will now be good only for fuel discounts at Ralphs fuel centers and participating Shell locations, the company explained.

Customers can still receive quarterly cash certificates based on purchases if they apply for a Ralphs Rewards-Plus Visa; customers who are approved will receive $20 in free groceries, the company noted.