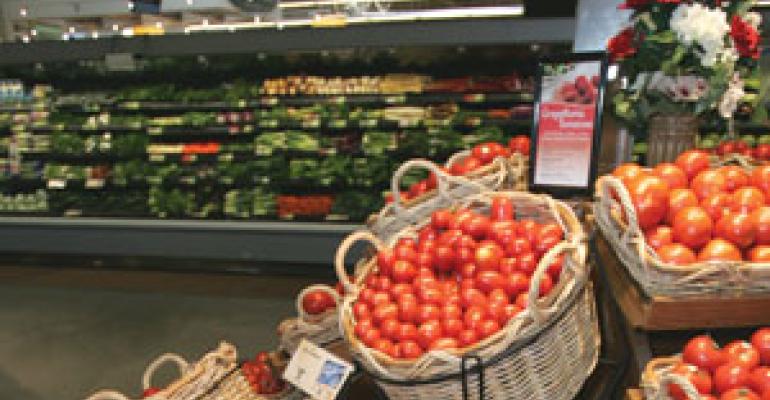 Supervalu is turning Albertsons into a winner, according to industry analysts, though there are still challenges to be met, they pointed out. The Minneapolis-based retailer and wholesaler is on course to do what it said it would do with the stores, and doing it more quickly than analysts or the company itself thought possible a year and two days ago, when it formally acquired 1,124 of the best-performing

Supervalu is turning Albertsons into a winner, according to industry analysts, though there are still challenges to be met, they pointed out.

The Minneapolis-based retailer and wholesaler is on course to do what it said it would do with the stores, and doing it more quickly than analysts — or the company itself — thought possible a year and two days ago, when it formally acquired 1,124 of the best-performing locations from Albertsons, encompassing stores operating under the Albertsons, Acme, Jewel-Osco and Shaw's and Star Market banners, along with 12 distribution centers.

According to Supervalu, its primary metric for judging its store-level program is like-store sales, which were flat overall in the second quarter of last year (the first quarter in which Albertsons sales were included), up 0.6% in the third and up 1.4% in the fourth — while comps at the acquired stores rose from 0.3% positive in the second quarter to 1.1% in the third and 1.8% in the fourth.

“We're off to a very good start,” Jeff Noddle, chairman and chief executive officer, told SN, “and if you ask me if there have been any surprises, I would tell you the biggest surprise is that there have been no surprises, and that's good news.”

That doesn't mean the process is not without challenges, he said.

“The ongoing challenge for us is to bring two operations together at the same time we're trying to improve sales trends, and while we'd prefer to do those one at a time, we're in a situation where we need to do both at once,” he explained.

“However, results since the merger have been in line with what we said would occur, and we continue to run close to the numbers we committed to.

“One of our goals while transitioning the two organizations was to improve sales trends, and so far the results have lived up to what we said we'd do.”

Analysts said they believe Supervalu is on a positive track.

“Supervalu has begun to lay to rest investors' fears over the company's purchase of the damaged Albertsons assets,” Perry Caicco, an analyst with CIBC World Markets, Toronto, said.

“There was concern the business at these stores was heading straight downhill and was unrecoverable; that heavy price investments would be needed just to generate any business at all; and that Supervalu's lack of retail experience would be exposed.”

What was needed to turn the stores around, Caicco said, was “a dose of discipline, direction and modernization,” and having accomplished that, “the company is starting to reap the benefit of synergies with Albertsons, probably on the national-brand procurement side, and it is quite possible synergies, particularly related to procurement, may end up far ahead of the $150 million-$175 million currently forecast.”

Supervalu's biggest challenge in the short term is to improve everyday blocking-and-tackling at store level, Caicco said — separate from the remodeling effort being waged to upgrade stores to the premium fresh and healthy format. Store execution is “in many ways the price the company must pay to gain initial credibility with employees and customers before moving on to flashier programs,” he explained.

Because the company's $1.2 billion capital spending program will essentially touch only about 6% of the stores and about 8% of the square footage, sales and margin improvements in the remainder of the stores will have to come simply from better execution in old physical plants,” he said, “and this will be Supervalu's biggest challenge.”

John Heinbockel, an analyst with Goldman Sachs, New York, said he recognizes the progress Supervalu is making but advised caution as it moves forward. “Although results were encouraging and integration progress is clearly being made, we would not overreact to these results,” he said.

“Top-line momentum remains relatively modest, and the two-year [comp] number [will only be] 3% to 4%, half that of Safeway or Kroger, while core Supervalu comps are flat. So much integration work remains with respect to merchandising and remodels, integration costs will be sizable and merger synergies [will be] back-end loaded in the next year.”

He also said Supervalu's sale of Scott's, an 18-store operation in Indiana, should help boost financial metrics. “With the momentum in the core business with core Supervalu comps finally flat and poised to do better without Scott's, the market will look at this once more as a glass full and be prepared to overlook some of the more prominent risks, including the potential for a labor action in California [and] Tesco's new stores [in the Western U.S.].”

Meredith Adler, an analyst with Lehman Brothers, New York, said she has become less concerned about the risks of integrating the two companies “since most of the effort relates to corporate functions and logistics [so] the impact to customers and financial results is therefore limited.”

The improvements in comparable-store sales at Albertsons-banner stores is due mostly to better in-store operations, with a greater focus on customer service, cleanliness and improved employee morale, Adler pointed out.

“Although not surprising given the level of respect and autonomy being afforded the operating divisions, management had not planned on these ‘soft’ factors driving improvement. As a result, there is considerably more upside for sales to continue improving,” given the planned investment in capital projects, she said.

Adler also said she expects the rationalization of Supervalu's Northeast supply chain assets — as it consolidates three Mid-Atlantic facilities into one distribution center in Lancaster, Pa. — will reduce costs not only on the distribution side but also at store level “since the company will be able to distribute products in a way that matches the layout of the stores, reducing the time and effort required to restock them. In addition, the technology [that will be used] configures pallets so they contain the maximum amount of product that will fit on a truck, while also [limiting] product damage.”

On a go-forward basis, Noddle said Supervalu intends to coordinate marketing and merchandising efforts companywide from the creation of a “center of excellence” in Minneapolis.

The center will be Supervalu's model to deal with national procurement and local marketing, he explained. “It will be a toolbox that we can reach into to come up with the right tools for different ways and different places.

“But we intend to utilize the new organization to leverage our merchandising and marketing abilities to build better competencies based on expertise that we have and that Albertsons had, and we need to have those competencies together in one place to complement local decision-making.”

The first phase of the process involved a review of all vendor contracts and an alignment of the arrangements for the two organizations, “to bring opportunities for the new entity together,” Noddle said.

“Since November we've been moving people at the senior level to Minneapolis under the leadership of Duncan Mac Naughton [executive vice president, merchandising and marketing]” — a process that will continue over the next year or so, Noddle said, with completion scheduled for spring 2008.

“Once the migration phase has been completed, we will bring all technical platforms together, and after that we will begin to use the system more fully,” he pointed out.

In terms of product integration, he said the company is still evaluating how to proceed. “We're looking at what we believe are the best ideas from both companies that can be transferred,” he explained.

“For example, we're still evaluating the Albertsons Essencia private-label line to determine where that might fit into the Supervalu operations, and that work is ongoing,” he said.

Supervalu, by the Numbers

Investing in the In-Store Experience

MINNEAPOLIS — At Supervalu retail selling is all about passion.

“Food is more than just sustenance — it's about families and friends getting together,” Jeff Noddle, chairman and chief executive officer, said in an industry presentation.

“We believe people who are passionate about food will naturally gravitate to a store that demonstrates that passion, and we believe our new stores and customer-centric remodels are the best opportunity to reinforce that passion and generate sales.”

The company has been reticent about disclosing sales results at the remodeled locations. However, based on the first handful of remodels, “we're very encouraged, particularly with the customer responses and perceptions and how they rate the stores,” Noddle said.

“We're monitoring that on an ongoing basis. And we're going to continue to refine each one.”

He said he expects Supervalu to elicit more benefits from remodeling the acquired Albertsons stores with the premium fresh and healthy format than originally anticipated. “Albertsons might historically have under-invested against the consumer on the in-store experience,” he indicated, “so the upside from remodeling the Albertsons real estate network is greater than I would have thought at the beginning, and we've identified that as one of our key opportunities.

“Now that we know a lot more and have seen more stores and engaged with the people a lot deeper, the upside is greater than we thought. One of the things that leads us to be optimistic about this year is that we've got a lot of remodels going and we expect those to be beneficial in the back half of the year.”

Supervalu's original game plan for remodeling was to go after easy wins first, Noddle acknowledged in public comments. “Initially our priorities were [the Albertsons-banner stores in] Southern California and Shaw's [in New England]. But as we've gotten deeper into it, we've been able to pick off the best opportunities in all markets and remodel those first, then move on to the next wave.

“Over the course of this multi-year program we will continue to refine premium fresh & healthy to incorporate changes that come from our research and from changing customer preferences.”

One of the keys to the PFH format, Noddle pointed out, is its versatility.

“It provides modules appropriate for all banners and demographic situations,” he said. “The one common element in all these stores is that food takes center stage.”

Consequently, no two stores will be exactly alike, he noted.

So while an Albertsons in Henderson, Nev., that opened in January includes an extensive kosher deli section, a Shaw's in Warwick, R.I., that opened a week later has a greater variety of ethnic specialty lines and a Shaw's in Brookline, Mass., offers a broader assortment of natural and organic foods in the Wild Harvest section.

An Albertsons store in downtown San Diego, which operates at street level at the base of a condominium development, features a fulltime meal solutions specialist who does demonstrations in the store's produce section and asks shoppers what they're doing for dinner that night, then offers suggestions and recipes; while a store in Upland has a sous chef working out of the seafood department.

Albertsons plans to add a seafood salad bar in front of the seafood case at the Upland store, he noted, “to try something different,” he explained.
— E.Z.