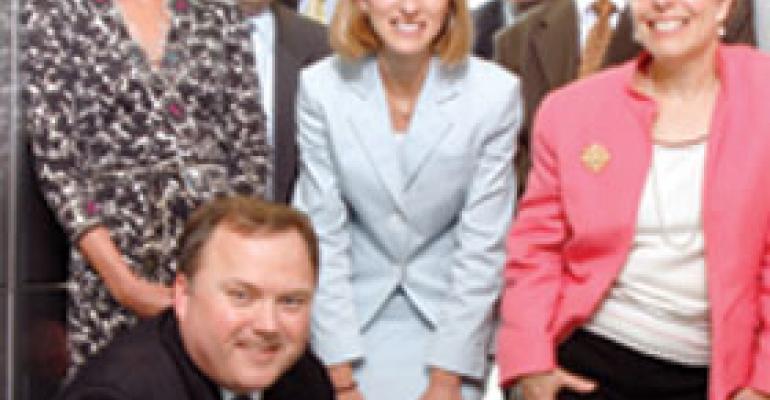 Industry analysts said they believe sales growth among food retailers could begin to pick up by mid- to late 2010, though they acknowledged during SN's 14th annual analysts' roundtable here that profits may be slower to return. This situation truly is unique, John Heinbockel, vice president, Goldman Sachs here, told SN, and I don't think you get back to normal anytime soon. You sort of grind your

Industry analysts said they believe sales growth among food retailers could begin to pick up by mid- to late 2010, though they acknowledged — during SN's 14th annual analysts' roundtable here — that profits may be slower to return.

“This situation truly is unique,” John Heinbockel, vice president, Goldman Sachs here, told SN, “and I don't think you get back to normal anytime soon. You sort of grind your way back. At this point, less bad would be good.”

Mark Wiltamuth, executive director of Morgan Stanley here, expressed a similar point of view. “I think at this point we're all still debating how bad is bad — we're still digesting the misery of the current operating environment — so we haven't really gotten to the point of seeing the light at the end of the tunnel.”

(Premium-content subscribers can click here for Part 1 of the roundtable.)

Andrew Wolf, managing director for BB&T Capital Markets, Richmond, Va., suggested the economy could recover by late next year. “I could see real sales being positive later in 2010,” he said, but only if real growth is averaging at least 1%, compared with drops of 2% to 3% today.

However, Wiltamuth said he isn't so sure of the timing. “Don't you think [companies] are focused on the near term, and we are simply assuming 2010 will be better just because it's not today, when things are miserable?”

Simeon Gutman, vice president for the New York office of Canaccord Adams, Vancouver, British Columbia, said recovery is unlikely until deflation lets up. “Once deflation eases, there will be a little relief, though I don't know if that means demand is going to come roaring back.”

Meredith Adler, managing director for the New York offices of Barclays Capital, London, said even when the economy does recover, supermarket sales may not be top-of-mind for consumers. “You may see a pick-up in some more discretionary categories before you see a pick-up in food because people don't really get a kick out of buying food,” she suggested.

Gary Giblen, executive vice president at Quint, Miller & Co., said he believes operating profits could pick up in the second half of 2010 “at the earliest,” though new competitive pressures might slow down a recovery in food sales.

“Sales might start picking up a little bit, but then there will be more competition, indicating there is a consumer pulse, which will lead more companies to try to capture those sales, and I just think the competitive intensity will probably worsen.”

Heinbockel said he is a bit more optimistic. “I would hope that, as sales get better and these companies feel a little less pressure, hopefully some will feel a little more leeway to take their foot off the accelerator.”

The weakened economy has been a boon for sales of private-label merchandise, the analysts noted — a trend many of them said they expect to continue once the economy is operating at full speed.

“Consumers will stay with private label once things turn,” Heinbockel said. “I think people who have tried them in an effort to save money are probably going to keep buying them.”

Gutman said he agreed. “We're at a new structural point, and I don't think we're going to take many steps backwards.”

Giblen offered similar remarks. “In this era, it is cool to buy private label. I see a structural stickiness in private label so that even if the economy picks up, you won't lose much of the private-label sales.”

Adler was more skeptical. Citing consumer data she has seen, she said most people buying private-label products are doing so as a tradeoff between price and quality, “and [they said] the quality of the private brands was lower.”

A lot of what happens to private-label offerings depends on brand manufacturers, Wolf noted. “It will all depend on how they go to market on price and innovation that could create some demand. The CPG companies still have the strongest brand equities in the world, and it's up to them to decide if they're willing to take the risk and go into an investment cycle to get their share back up.”

However, many of those companies are “standing pat” right now, Wolf added, saying he doubts they will take pricing down.

Commenting on the three major conventional chains, analysts made these observations:

• On moves by Safeway, Pleasanton, Calif., to lower pricing as consumers seek greater values, Adler said, “Safeway has been talking about needing to find a balance between pricing and promotions for years, yet hasn't actually done anything.”

It's perception that counts, Karen Short, New York-based director for BMO Capital Markets, Toronto, pointed out. “Perhaps perception didn't matter as much a year ago, but now that's all that matters, so Safeway's full-basket price studies might tell you its prices are not that out-of-line, but the perception is that they are.”

• On moves by Kroger Co., Cincinnati, to take the lead in lowering pricing years ago, Wiltamuth said that was largely a function of the chain's proximity to a growing number of Wal-Mart stores.

According to Heinbockel, Kroger's combination of good pricing, great perishables, a good variety and convenient store locations makes it the conventional retailer against which the industry must measure itself. “That's the guy you're looking at and saying, ‘If I'm going to win, I've got to beat him,’ and that's very formidable.”

• Of Supervalu, Minneapolis, Adler said she believes the management changes put into place during the summer by Craig Herkert, president and chief executive officer, are positive moves, “with a real focus on store-level execution — putting people in charge who are retailers.”

Heinbockel said he believes the company's move toward centralization provides “a central message that you can execute against, [which] results in a little less freelancing by the divisions. The only negative is, the competitive response differs by market.”

Up till now, store-level execution has been spotty, Wiltamuth noted. “[Supervalu] is behind on remodels, it is behind on price reductions and it is kind of caught in the middle when it comes to merchandising. So it's playing catch-up in a market in which it's difficult to play catch-up.”