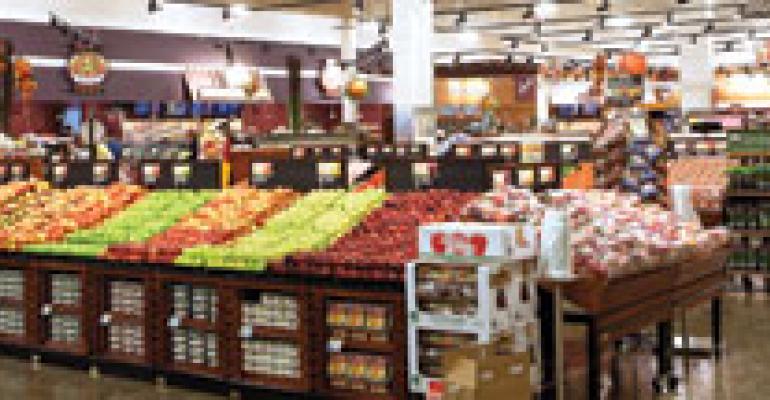 ShopRite Expands Its Reach to South of Baltimore

GLEN BURNIE, Md. Wakefern Food Corp. has expanded into new territory with the opening of an 85,000-square-foot ShopRite here last month. The store is owned and operated by Wakefern co-op member Collins Family Markets, which also has three stores in the Philadelphia area. It is the first ShopRite location south of Baltimore and the southernmost site in the chain, which earlier this year expanded its

The store is owned and operated by Wakefern co-op member Collins Family Markets, which also has three stores in the Philadelphia area.

It is the first ShopRite location south of Baltimore and the southernmost site in the chain, which earlier this year expanded its reach to the northeast with the acquisition of 11 Shaw's locations in Connecticut. Keasbey, N.J.-based Wakefern entered Maryland in 2009 when Forest Hill-based Klein's Family Markets joined the cooperative and converted to the ShopRite banner at its seven stores in the Baltimore area.

“We were looking to grow, and ShopRite already is the market leader in Philadelphia, so we looked at this as someplace we could expand our business without impacting other ShopRites,” said Larry Collins Sr., owner of Collins Family Markets, in an interview with SN. He said he hopes eventually to open additional ShopRites in the area.

Collins, who had spent 27 years with A&P, acquired his first ShopRite in 1995 and subsequently built two more locations, all in the Philadelphia area.

With the new store, Collins Family Markets is entering an area where there are no other ShopRites but plenty of other competition, including Ahold's Giant of Landover banner, Supervalu's Shoppers Food & Pharmacy, Delhaize's Food Lion and A&P's SuperFresh. Last week, Wegmans Food Markets opened a 130,000-square-foot store about 30 miles away in Lanham, Md., that chain's second location in the state. Wegmans also operates a store 30 miles in the other direction in Hunt Valley, Md.

The new ShopRite, which opened in mid-October, is off to a strong start, however, Collins told SN.

“The opening has gone really well — better than expected,” he said, noting that he was surprised by the amount of name recognition ShopRite has in the area. “We really thought we would have to do a lot more work just to get people to know who we were.”

The store is located in a former Kmart building that required a considerable amount of refurbishing, Collins noted.

The store is being fitted with a number of features designed to reduce energy usage, including a dual refrigeration compressor system, closed glass cases in the dairy department and extensive use of LED lighting. The measures have qualified the store for more than $400,000 in energy rebates from the BGE Smart Energy Savers Program from Baltimore Electric and Gas, Collins explained, and are also expected to reduce operating costs in the long term.

The store includes several new features that Collins does not have in his other stores, which are about 20,000 square feet smaller than the new location.

The Glen Burnie store includes a 60-seat restaurant, a wi-fi-enabled cafe with couch seating, and a community room for private parties.

Larry Collins' brother, Bill Collins, director of support services for Collins Family Markets, is relocating to the area to help oversee the store and continue the company's efforts to have a family member in each of the stores every day.