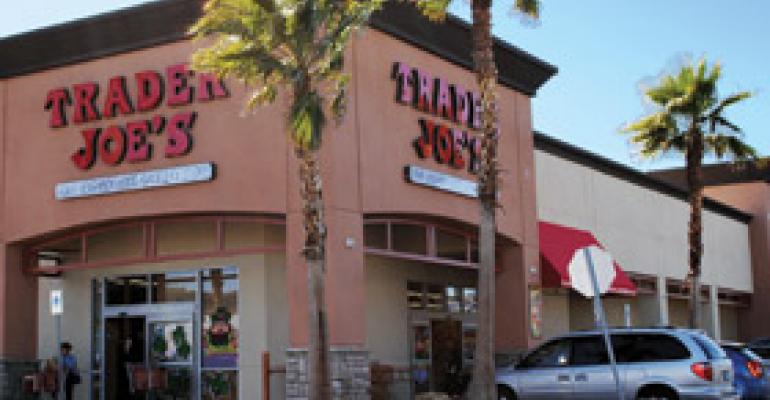 Opportunities are expanding for small stores, but risks remain

A former Ford dealership in New York City. An antiques mall in South Carolina. A closed specialty store in Pittsburgh. The corporate headquarters of a car-rental company on Long Island. An open-air power center in Louisville.

Give up? All of them are or will be new Trader Joe's sites before the year is over.

The Monrovia, Calif.-based specialty chain has demonstrated that a little creativity and adaptability can go a long way in making a small store work. Then again, crafting and maintaining a unique product offering and an adored brand image has helped people find Trader Joe's wherever they happen to appear next. In many communities, fans petition for Trader Joe's arrival or blog about their obsession with shopping there.

For landlords, Trader Joe's appeal means steady traffic without the giant footprint of a traditional grocery store, and a small selection that allows them to lease neighboring space to a dynamic mix of co-tenants. In Louisville, for example, Trader Joe's will join the lineup at Shelbyville Road Plaza, a 400,000-square-foot shopping center between two regional malls on Louisville's main retail artery. Set to open later this year, it will be the chain's first site in Louisville and the answer to many a Kentucky foodie's prayers.

“Trader Joe's has a huge following, and a great customer who shops there, and I think they will benefit from the other stores here,” Tommy Edwards, retail leasing representative for Hagan Properties, the center's Louisville-based developer, told SN. Those neighbors include Cost Plus World Market, Off-Broadway Shoes, a Nike Factory Store and a 20,000-square-foot post office.

While Trader Joe's has been an unusually successful story in food retail, a proliferation of other small food store concepts indicates that small stores are becoming a big phenomenon. With conventional supermarkets closing faster than they open, stores between 10,000 and 20,000 square feet — including discounters like Save-A-Lot, Aldi and Dollar General Market; specialty retailers like The Fresh Market and Trader Joe's; and convenience-focused “express” stores like Fresh & Easy Neighborhood Market — are where the new store growth has been in the food retail industry.

Wal-Mart Stores, which this year opened the first of its Walmart Express stores, is also getting in on the small-building trend. In many cases, those stores are aimed at penetrating urban markets like Chicago and New York where land for large-scale supercenters is especially difficult to come by.

These companies are using smaller stores to exploit niches in the market and grow share, often at the expense of large supermarket competitors, sources said. In cities and other mature markets, small stores are increasingly all a market can absorb, although a steady stream of big-box bankruptcies and other store closures keep the supply in flux.

“The fact is, you can't just go to the corner of Main and Main anymore,” Matt Casey, president of supermarket site-selection specialists Matthew P. Casey & Associates, Clark, N.J., told SN. “In markets like the Northeast, the supermarket companies know every corner already.”

Nationwide, the size of food stores is going down — except where it is going up. According to Food Marketing Institute, companies are experimenting with more smaller-footprint stores and stores with larger floor plans than they used to.

While the small store presents a seeming opportunity to grow, the recent history of the group also illustrates that it comes with plenty of risk. Some small food store concepts like Wal-Mart's Marketside and Supervalu's Sunflower Market were scrapped after limited tests. Dollar General's DG Market had stalled for years before more recently coming to life again.

Tesco's Fresh & Easy, which is approaching 200 stores since being founded in late 2007, has encountered numerous struggles and subsequent reinventions. Its story, sources said, illustrates the opportunities and challenges inherent in the small store.

“One thing that Fresh & Easy has reinforced relates to the challenge of building new branded retail concepts,” David Bishop, managing partner of Balvor, a Barrington, Ill.-based consultant. “To be successful in this intensely competitive market, new retail concepts — large and small — need to offer a compelling value proposition that will change deeply consumer shopping habits.”

According to Gary Giblen, managing director for New York-based Aegis Capital, Fresh & Easy's troubles stemmed not from a lack of customer research but from having missed some nuance in delivering to them. He said the British grocer presented a retail concept that might have been a better fit for austere shoppers in its home country than the more demanding Western U.S. consumer.

“There's an ethos difference,” Giblen explained. “The British are more used to a life of hardship, the stiff upper lip and everything. They don't mind having pre-selected produce, or a little inconvenience, that much private label, and a spare environment. But here, even lower-income people expect a nicer store. They didn't perceive in the West that people are more interested in a freer, more hedonistic life. They're not going to make those tradeoffs.”

Fresh & Easy to its credit has tweaked its concept frequently in an attempt to strike the right note with consumers. Most recently, it detailed plans to introduce a loyalty card and expand the selection of gourmet-style prepared meals at stores.

Giblen said a further issue was that Fresh & Easy in many cases chose the right neighborhoods for stores, but positioned them in such a way that made getting to them difficult during peak shopping times.

While experts caution that every site is different, they say successful small food stores should ideally share the same visibility and parking characteristics of their larger counterparts. “It's the same rules for supermarkets as it is for stores like Aldi and Save-A-Lot,” Casey said. “You need to be convenient, easy to get in and out of, easy to see and easy to shop.”

These stores will often accept lower-quality sites to save on occupancy costs, but that is not always the case. In a perfect scenario, they aim to be as close as possible to a leading full-service supermarket in their trade area. In some cases, such as Aldi's first New York City store, which opened in the Rego Park section of Queens earlier this year, they take prime space in a mall-like urban lifestyle center.

“Occupancy costs for small stores tend to be significantly higher [than traditional grocery stores] on a square-foot basis, which means maximizing every foot of space is critical,” he said.

On the other hand, he said, labor costs tend to run significantly lower as small food stores eschew traditional labor-intensive service departments such as deli, bakery and seafood. “In terms of labor cost as a percent of sales, it could be nearly half that of traditional supermarkets, assuming weekly sales are at least $150,000 per store,” Bishop said.

Aldi officials at the Rego Park store grand opening acknowledged the new site would be considerably more expensive to operate than its typical store, which the company tends to own in suburban markets — not rent in a city. But the potential payoff from operating in a much denser market, with land and space for competitors just as difficult to come by, could pay off in the long term.

Tapping into the possibilities of volume in the city is at the heart of efforts from companies including Wal-Mart to expand with smaller vehicles. But finding sites — and succeeding when they get there — could be a struggle, said Bishop.

“These urban [Walmart Express] locations will face a lot of competitive pressures on a number of fronts,” Bishop predicted. “Convenience and drug stores will react aggressively to defend the alcohol and tobacco segments while the dollar and value stores like Aldi, Food 4 Less and Save-A-Lot will all be formidable grocery competitors. One key difference this time around for Wal-Mart is that they've elected to leverage the associations and positioning of its core brand as opposed to create an entirely new one again like Marketside.”