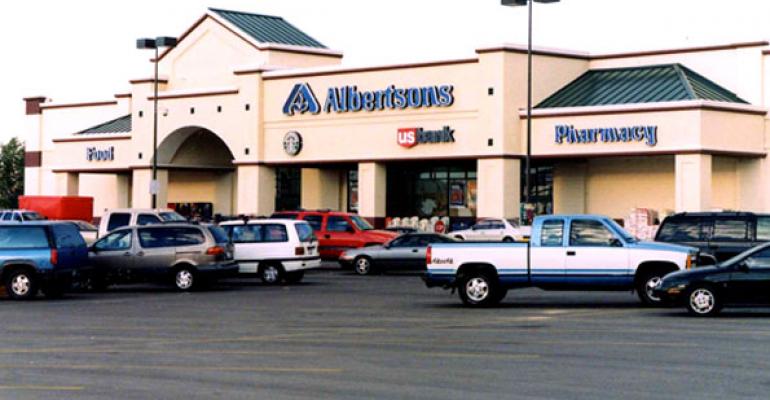 FULLERTON, Calif. — The Southern California division of Albertsons here said last week it plans to reduce its store-level workforce by an estimated 2,200 to 2,500 positions during the next few weeks — approximately 12% to 13% of the total workforce in the division.

Albertsons is the largest retail subsidiary of Minneapolis-based Supervalu, with 247 stores in California and Nevada. It said the reduction is part of an effort to focus on simplifying its organization and reducing expenses to help reinvest in more customer-facing initiatives.

Supervalu said layoffs are scheduled to begin next week and are expected to be completed around July 1.

“The decision to reduce the number of people per store to cut costs indicates market share is down,” he pointed out. “However, service levels are unlikely to go down, depending on how efficient a given store was before the cuts.”

Ajay Jain, an analyst with Cantor Fitzgerald, New York, said most of the store-level employees whose jobs will be eliminated are part-timers.

While noting that Supervalu “continues to cede significant levels of market share,” he said he believes the cost savings that result from the layoffs could be more material than the corporate layoffs earlier in the year.

“While we expect the cost savings to be largely re-invested in price, the continued focus on cost-cutting provides us with further conviction that the $75 million in projected cost savings for fiscal year 2013 will prove to be very conservative,” Jain said.

He suggested Supervalu may need to consider other strategic options, including asset sales, to stabilize its earnings base for the long term, “[but] we don’t foresee an imminent scenario where Supervalu would effectively need to burn the furniture to keep the house warm. Instead, if asset sales fail to materialize over the balance of the fiscal year, we expect the focus to remain on cost reduction.”

According to Dan Sanders, who was named president of the Southern California Albertsons division in mid-April, “A decision of this nature is never easy, but it is the necessary step for us to take to help improve our business and accelerate our turnaround.

“Our goal is to more effectively serve the marketplace by scheduling associates more appropriately to serve customers at the times they shop.”

In a statement, the company said, “While the division has experienced a reduction in traffic and an overall decline in sales, it has not made the necessary adjustments to its store-level operations.”

‘Albertsons Market’ Looks to Build a More Distinct Identity
May 28, 2012