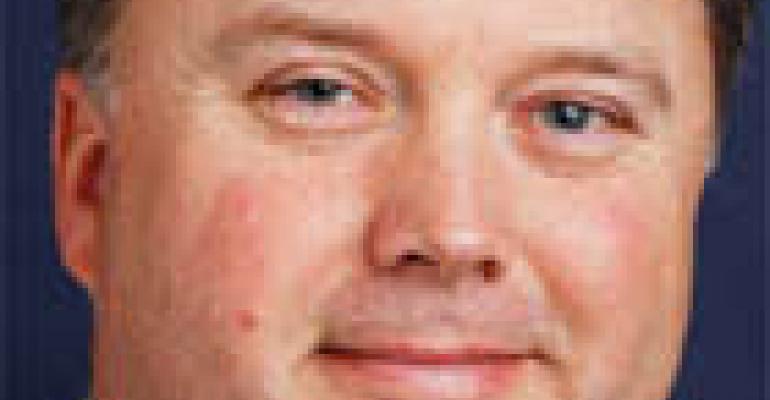 Supervalu Shifts Cap-Ex Away From Save-A-Lot

MINNEAPOLIS — The decision by Supervalu here to slow the growth of Save-A-Lot stores temporarily and to allocate the money to remodel an increased number of conventional units is a welcome move, industry analysts told SN last week.

Supervalu said earlier this month it would spend between $700 million and $725 million to open between 80 and 90 Save-A-Lots during the fiscal year ending in late February — rather than the 160 it originally projected — while boosting the number of conventional remodels to a range of 80 to 90, compared with projections of 55 to 75 earlier in the year.

“Upping the number of remodels is more important than focusing on Save-A-Lot expansion,” Mark Wiltamuth, managing director of Morgan Stanley, New York, said. “Investing in conventional remodels is a much better use of capital.

“Investors have criticized Supervalu for under-spending on its core conventional stores, but this will bring cap-ex spending close to 2% of gross sales.”

“Before Supervalu thinks about growing the business, it really needs to focus on getting its conventional banner stores operating properly — and if taking that money from expanding Save-A-Lot and putting it into projects that turn things around at Acme, Shaw’s, Jewel and its other conventional stores can do that, then it’s a good thing.”

“Supervalu’s conventional stores really need the money,” said Chuck Cerankosky, managing director of Northcoast Research, Cleveland. “Cap-ex for those stores has been low for a while as the company dealt with pricing and debt issues, but those stores are the biggest part of generating sales and earnings.

“And time and again, Americans have proved they like to shop in nice-looking stores, so investing in its conventional stores is important for Supervalu.”

In a call with investors earlier this month, Craig Herkert, president and chief executive officer, said Supervalu plans to allocate capital at conventional stores to customer-facing assets such as improving merchandising fixtures to better product display, in addition to spending money to improve logistics and transportation and invest in cost-saving energy management projects.

Sherry Smith, executive vice president and chief financial officer, said Supervalu has been allocating “the appropriate level of dollars to each remodel instead of simply peanut-buttering the same amount to every store.”

Wiltamuth told SN he would rather see the company develop a single model that would transform the store base and result in a predictable rate of return. “Supervalu hasn’t given a strong answer to questions about the kinds of sales lifts it’s been getting on remodels, and it hasn’t made the case that what it’s doing is going to boost same-store sales over time,” he said.

“What the company needs is a more aggressive, more systematic and more transformative change to get traffic trends moving, as Safeway did with its lifestyle remodeling program, which resulted in consistent sales improvements.”

Adler said she is more upbeat about the value of making store-specific changes as Supervalu remodels conventional stores. “Focusing on specific changes in specific stores should benefit individual locations, and I believe that’s what the company needs to do,” she explained.

“The question investors need to ask,” said Mushkin, “is whether, in an ideal world, Supervalu would spend more on conventional remodels at the same time it was making aggressive investments in Save-A-Lot? But given that licensees are having trouble getting financing, reallocating the funds to conventional store remodels is the next best project.”

Cerankosky said Supervalu’s decision might mean Save-A-Lot could lose ground to competitors. “It will give the dollar stores more time to get a lot more sites open,” he pointed out.

“It’s impressive to see how many dollar stores are opening — 1,200 this year, off a base of 20,000 — and as they go after the same customer as Save-A-Lot, they are adding more groceries, refrigerated and frozen foods.

“What will be interesting is to see if Supervalu gets back to more rapid expansion of Save-A-Lot next year.”

Both Wiltamuth and Adler said they were not particularly concerned about the slowdown in the pace of Save-A-Lot openings.

“I never really thought expanding Save-A-Lot would solve the company’s problems,” Adler noted. “Save-A-Lot is just not a big enough piece of the business, so making investments in conventional store remodels has the potential to get the company turned around over the next five years.”

Herkert said earlier this month Supervalu felt it was appropriate to revise the pace of Save-A-Lot openings to give Roces “an opportunity to make sure he’s driving the model that he wants to drive.”

Herkert said the 80 to 90 Save-A-Lots planned this year is just below the 92 the company opened last year.

Save Mart kicks off pilot of shelf-scanning robots
Apr 16, 2021