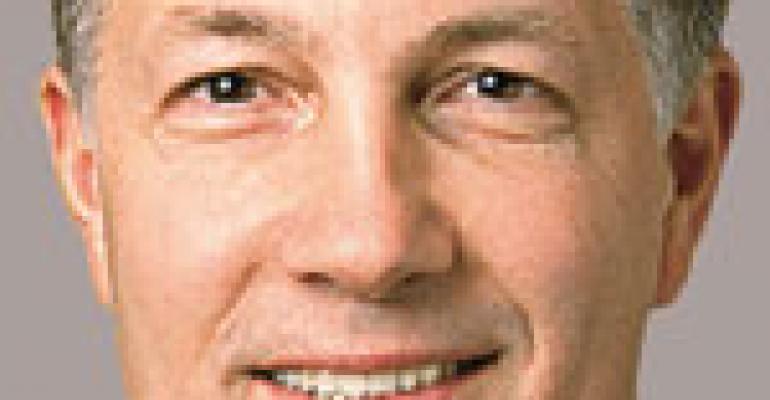 Steinhafel said he was confident Target could reach $100 billion in annual sales by 2017. The company had $66 billion in sales in fiscal 2010.

“As we plan our sales, we believe it's likely that the current economic recovery will continue to evolve slowly and unevenly, producing only modest annual increases in GDP and consumer spending,” Steinhafel said. “Against that backdrop we'll work to gain greater loyalty and wallet share from our guests, particularly as they increase their shopping frequency in response to our remodels and 5% rewards program.

“We have the desire, capital and team that would allow us to grow more quickly, but our baseline economic assumptions are not expected to create the breadth of new store opportunities we've enjoyed in the boom years,” he added.

Expansion into Canada, made possible by the recent acquisition of 220 Zellers stores there, could add $6 billion to sales by 2017, he added. Target is expected to open its first stores in the Toronto market in March of 2013 and then expand in phases. Around 125 to 135 Target stores are expected to open in Canada next year.

Michal Francis, Target's chief merchandising officer and the executive overseeing the expansion to Canada, said the company was conducting an in-depth evaluation of Canadian shoppers in preparation for its arrival.

“We expect our core Canadian guest profile will look quite similar to our U.S. profile: young, active, well educated and with children at home,” Francis said. “We were pleased to learn that nearly 70% of Canadians are already familiar with the Target brand. Eleven percent have shopped our stores in the past year, and more than 30,000 are currently Redcard holders.”

Target's stores in Canada will vary as to the amount of food they carry, Steinhafel said. In denser areas with good traffic, the company expects to rely less on food. As in the U.S., the chain will adjust pricing vs. Wal-Mart Stores where that company operates in the same trade areas.

In response to a question from an analyst, Steinhafel said Target had no further plans for international expansion at this time.

As for City Target, Steinhafel said the chain was looking at stores of less than 50,000 square feet with an edited selection of goods. Prices would also likely be higher so as to account for the higher occupancy and development costs of operating in denser markets. He emphasized that City Target would be experimental in nature.

“We think there's going to be a lot of excitement around bringing a smaller Target experience into these dense urban areas,” he said. “But like any new concept, I'm sure we're going to make some mistakes out of the blocks.”

Internet sales account for between 1% and 2% of total sales at Target, but officials said they are emphasizing a strong Internet presence, including a relaunch of the Target.com website in coming weeks — to capture sales made by consumers who use the Internet and mobile devices to research purchases beforehand. Steinhafel estimated Target realizes “billions and billions” of dollars in so-called web-influenced sales annually.