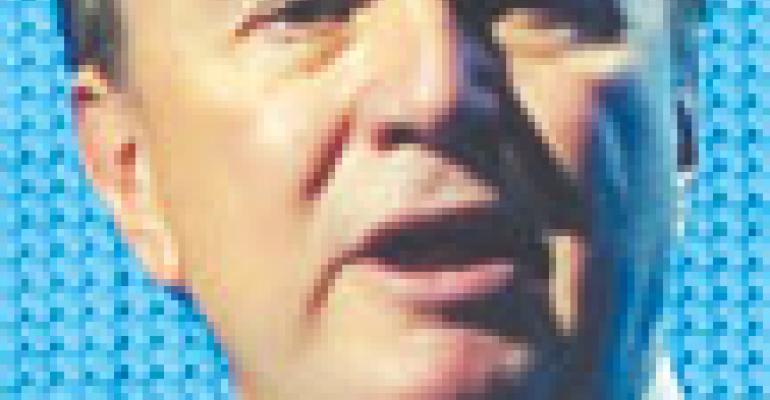 Top-level management changes at Wal-Mart Stores here including putting a senior executive in charge of global procurement could lead to stronger food operations for the company, industry observers told SN. H. Lee Scott Jr., who has overseen Wal-Mart since 2000 and spearheaded an effort to shore up the company's image in the face of mounting criticism, has announced that he plans

H. Lee Scott Jr., who has overseen Wal-Mart since 2000 and spearheaded an effort to shore up the company's image in the face of mounting criticism, has announced that he plans to retire on Feb. 1. Mike Duke was named to succeed him as president and chief executive officer. Eduardo Castro-Wright was tapped to succeed Duke as vice chairman, effective immediately.

Scott will continue as chairman of the executive committee of the board of directors, while Castro-Wright will continue as president and CEO of Wal-Mart's U.S. division while adding responsibilities for global procurement.

The company said it expects to name a successor before the end of January to take over Duke's responsibilities as president and CEO of international operations.

Observers said they were particularly excited about the strength Wal-Mart could attain from global sourcing.

“Putting responsibilities for global procurement in Castro-Wright's hands will give him the opportunity to leave more of his fingerprints on the company, and his influence on operations is going to continue to grow,” said Patricia Edwards, an analyst with Storehouse Partners, Seattle.

“His broad background with Nabisco and then with Wal-Mart in Mexico before taking over the U.S. retail operations — and with the addition now of global procurement — should result in positive changes overall,” Edwards said.

“Giving Castro-Wright the job of oversight [of global sourcing] is a clear indication they are paying more attention to being the best at what they do and trying to make sure they are doing it right,” Gary Giblen, executive vice president of Goldsmith & Harris, New York, told SN.

Deborah Weinswig, an analyst with Citigroup, New York, said she believes “there is a significant amount of opportunity to improve and grow” global procurement under Castro-Wright.

She also said she was surprised by the timing of Scott's announcement in the midst of the holiday season, “[but] he is handing off Wal-Mart when the management team and company are operating strongly.”

Duke's influence as CEO is likely to go beyond Wal-Mart's food operations, Edwards pointed out.

“He's a bigger-picture thinker, and the company has been talking about how much more it's sharing ideas from the U.S. and from Mexico with other regions,” she said. “But I think Castro-Wright is likely to have more influence on food operations in particular and retail in general.

“He deserves every accolade for Wal-Mart's turnaround in the U.S., and it's important for him to keep his hands on the U.S. operations, which account for more than 60% of Wal-Mart's business.”

Bryan Roberts, global research director for London-based Planet Retail, noted that Duke can be expected to continue to spread the influence of Wal-Mart's overseas operations.

“The way Wal-Mart merchandises food in its U.S. and, especially, its Canadian supercenters, has already been strongly influenced by its international operations, and Duke will certainly continue to be extraordinarily active in utilizing best practices from Wal-Mart international across all of its U.S. stores,” he said. “The influence of the [London-based] Asda stores is already evident at supercenters in Canada, remodeled units in Texas and particularly at the new Marketside format in terms of presentation of chilled, convenience and fresh foods, along with store design and graphics.”

In addition, he noted that Wal-Mart has already applied learnings from its private-label businesses in the U.K. and Mexico to develop products and best practices for the U.S. stores, “and that's likely to continue with Duke as CEO.”

Robert Drbul, an analyst with the New York office of Barclays Capital, London, said the fact that Scott and Duke have worked closely together on corporate strategy should result in “an extremely smooth transition.”

Drbul said Scott has done “an extraordinary job, spearheading efforts to address the issues and criticisms of the company as well as leading the pursuit of the capital efficiency program.”

Rob Walton, chairman of Wal-Mart's board of directors, said the management changes come “at a time of strength and momentum for Wal-Mart. We are confident the strategy we have in place is the right one for future success, and Mike has been actively involved in developing and executing that strategy.”

Given Duke's background leading Wal-Mart's logistics division, its U.S. and then its international operations, “he understands retail,” Walton said, “and he appreciates the complex global environment in which we operate.”

Speaking about Castro-Wright, Walton said, “As president of Wal-Mart U.S., he has a vision for our brand and has built a strong team of senior leaders, and we believe his international experience [heading Wal-Mart's Mexico division before taking over responsibilities for the U.S. store base] will also help drive success in our global procurement organization.”