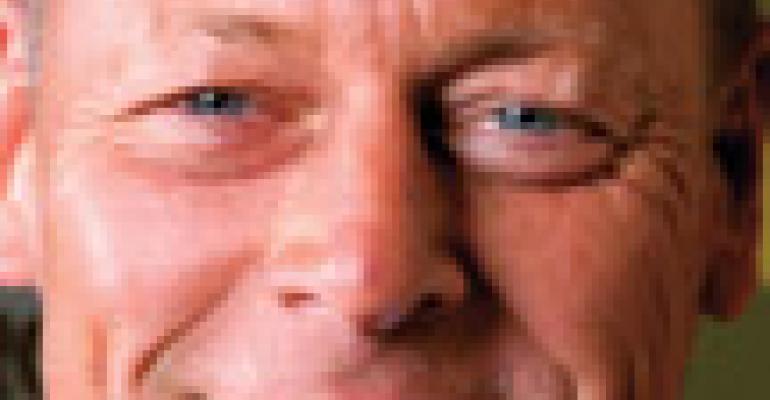 AUSTIN, Texas &#8212; Whole Foods Market will likely be known as John Mackey's creation for many years to come but that doesn't mean he'll always be running the business. In fact, as of May of last year, Mackey ceded half his chief executive officer title to Walter Robb, who had been co-president, creating a new corporate hierarchy at one of the industry's most innovatively managed companies. As co-CEO, Robb

AUSTIN, Texas — Whole Foods Market will likely be known as John Mackey's creation for many years to come — but that doesn't mean he'll always be running the business.

In fact, as of May of last year, Mackey ceded half his chief executive officer title to Walter Robb, who had been co-president, creating a new corporate hierarchy at one of the industry's most innovatively managed companies.

As co-CEO, Robb now reports directly to the board of directors — of which he also became a member — and shares the top management title with Mackey. Previously Robb shared his co-president title with A.C. Gallo, who remains president and chief operating officer.

“It was anticipated that if and when Mackey steps down, [Robb] would be CEO,” said Andrew Wolf, a Richmond, Va.-based analyst with BB&T Capital Markets. “Particularly when the company wasn't doing well and Mackey was facing heat from investors.

“This acknowledges Walter's more visible leadership,” Wolf explained. “A.C.'s leadership might be more by example, but they are both critical.”

“In a sense, Walter and A.C., Glenda and Jim and I have been joint CEOs of Whole Foods Market,” Mackey told investors at the time. “We make our decisions by consensus. We treat each other with mutual respect and equality. So in some ways, we're merely letting the external world recognize what has already been the case for the last several years.”

Mackey also said that he has no plans to back away from his role at the company, and that the management realignment was developed in consultation with his team.

“John as much as anything is an ambassador for the company, and a very good one,” said Jose Tamez, managing partner in the Denver office of executive search firm Austin-Michael. “As far as this being a segue for him to move into the chairmanship only, that might not necessarily be what happens.

“I think John likes the role that he has an an ambassador and as a marketing voice for the company. Ceding some of the day-to-day operations to Walter would allow him more time for this should he choose to do so.”

Robb and Gallo have historically divided their responsibilities geographically, with Robb overseeing six of the company's 12 divisions, primarily in the Western U.S., and Gallo overseeing six divisions in the Eastern U.S. While Robb is seen as more of an operations expert, Gallo's strengths are in merchandising, observers said.

Robb started his career with Whole Foods in 1991 after previous stints as a farmer, retailer and consultant. He became president of the company's Northern Pacific Region in 1993, and grew the business from two to 17 stores, including four acquisitions. He became EVP of operations in 2000, COO in 2001 and co-president in 2004.

Since becoming co-CEO, Robb has been more and more visible as a company spokesman, including a recent appearance on a CNBC documentary, in which he defended the chain's reputation for high prices, and in other media appearances.

In an interview last year with the Washington Post, Robb acknowledged that the chain's shift toward a greater focus on health is largely being led by Mackey.

Asked if the chain was seeking to de-emphasize its “foodie” merchandising in favor of a more healthful emphasis, Robb told the newspaper that he thinks both aspects are “in the DNA of Whole Foods.”

“But perhaps during the decade of excess the foodie thing got a little out of balance,” he said.

On his blog last year, Mackey heaped praise on Robb's abilities: “His unique and penetrating insights into what is really happening have helped everyone he works with to gain better perspectives and to make better decisions. Walter has more energy and gets more things done than a half dozen ordinary people combined.”