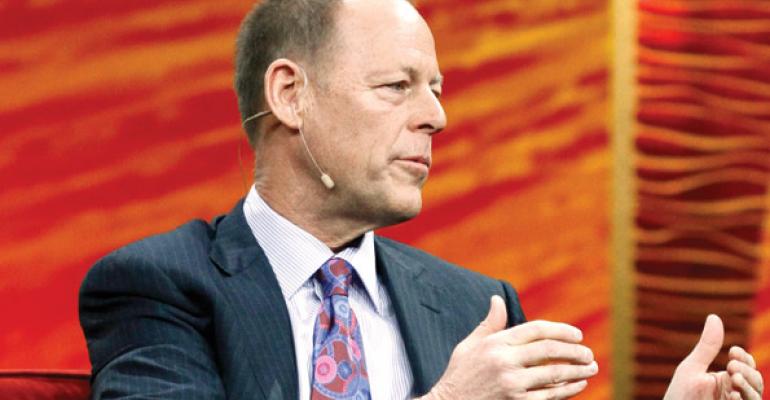 NEW YORK — Companies that devote themselves to a broader, more philanthropic mission can reap benefits on the bottom line, according to panelists discussing “conscious capitalism” at the National Retail Federation 101st Annual Convention and Expo here last week.

“Having a sense of purpose creates alignment between employees, customers and all your stakeholders,” said Walter Robb, co-chief executive officer, Whole Foods Market, which also won the NRF Innovator of the Year Award at the conference. “Having a higher purpose provides inspiration.”

Whole Foods Market sees itself driven by four “missions” through which it seeks to have a positive impact on the world around it, including evolving the world’s agricultural system, improving the quality of animal care, fighting poverty around the world, and increasing healthy eating.

“Our team members understand why we exist as a company, and they embrace it,” Robb said. 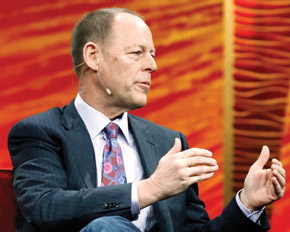 One of the ways the company puts its mission into action is through the Whole Planet Foundation, which is active in 50 different countries in Africa, Asia and Latin America where Whole Foods sources product. The non-profit foundation provides funding for micro-loan organizations and other support for small businesses. The program is open to employees to participate, and will soon be available to customers as well, said Robb (pictured at right during the NRF panel discussion).

Empowering employees with more responsibility is a key element of Whole Foods’ approach to its culture, he said. For example, to manage labor hours, the company allows each store’s workers — divided into nine teams per store by department — to figure out the best way to staff that department within a given yearly budget.

“When you create the space for people to bring their full involvement and their passion and their whole being to work, it can move the company forward in ways you hadn’t imagined,” Robb said.

He related a story about how Whole Foods was on the verge of raising rates for its employee health insurance in 2010 — costs had rise about 11% to 12% — but the company decided instead to “eat those costs” for the benefit of its workers.

“All three of us believe that conscious capitalism can change the face of business around the world,” said Tindell. “The world conspires to assist you when you behave like this.”

Tindell attended college and remains friends with Whole Foods co-founder and co-CEO John Mackey, who is often seen as a leading advocate of the conscious capitalism movement.

“At the Container Store, we put the employee first, ahead of all other stakeholders,” Tindell said, noting that the company did not lay off any workers during the recent recession. “It’s hard to do, but you can’t call yourself an employee-first company if you are laying people off.”

He also spoke about the virtues of being generous with vendors, noting that cultivating strong relationships with suppliers pays off when times become difficult.

“Business is not a zero-sum game,” he said. “It is in fact all about deriving value from synergies.”

Similarly, Whole Foods has cultivated strong relationships with local vendors through its low-interest loan program, Robb said. The company has loaned about $5 million to assist small suppliers at low interest rates — about 5%, he said.

Sokoloff of Leonard Green & Partners described the company’s $500 million pipe loan to Whole Foods as “the most successful deal in our history,” noting that the employee enthusiasm for the chain was one of the factors in its decision to invest. The loan came after Whole Foods was referred to the private-equity firm by The Container Store, he said.