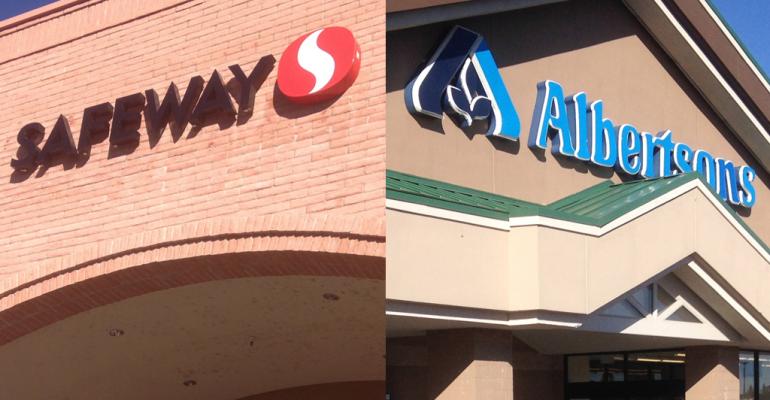 Albertsons Cos. Denver Division said that its nine Denver metro area Albertsons stores will be rebranded under the Safeway banner by mid-October, concurrent with having invested more than $15 million in remodels to update the locations.

The re-bannering of these stores is part of a strategic decision to better serve customers and focus marketing efforts under one brand in the Denver market, officials said.

“Since Safeway and Albertsons merged last year, we’ve infused the best of both banners and combined it to give our customers high quality products at lower prices,” Todd Broderick, Denver Division president, said in a statement. “While we know that the Albertsons name has a lot of history here in Colorado, it made sense for our nine Albertsons stores and our 46 Safeway stores in the Denver area to be united under one strong brand. Our goal is to simply run great stores, and we feel this will enable us to do that even better.”

The nine Albertsons that will become Safeway stores in Colorado include locations in Aurora (2 stores), Centennial, Denver (2 stores), Louisville, Littleton, Northglenn and Thornton.

Most of the those stores have already undergone or are in the process of significant remodels with completion expected by the end of the year. Additions have included flooring and fixtures, expanded product offerings and departments as well as exterior upgrades.

“The strength of our stores lies in the quality of our employees. While the name on the outside of the stores will change, the same teams that customers have grown to love are serving our stores, and things like our Fried Chicken, Fresh Cut Fruit and Choice Beef programs will remain," Broderick said. "We hope our longtime customers will recognize our efforts to keep the products we know they love along with new offerings like expanded organics, natural and local products.”

With the banner change of nine Denver stores from Albertsons to Safeway, the company will operate 114 stores in Colorado including 104 Safeway stores and 10 Albertsons stores.

According to Metro Market Studies, Safeway and Albertsons are the third-largest food retailer by share in the Denver metropolitan statistical area, behind Kroger's King Soopers division and Wal-Mart Stores. The MSA includes 2.8 million residents in 10 Colorado counties.