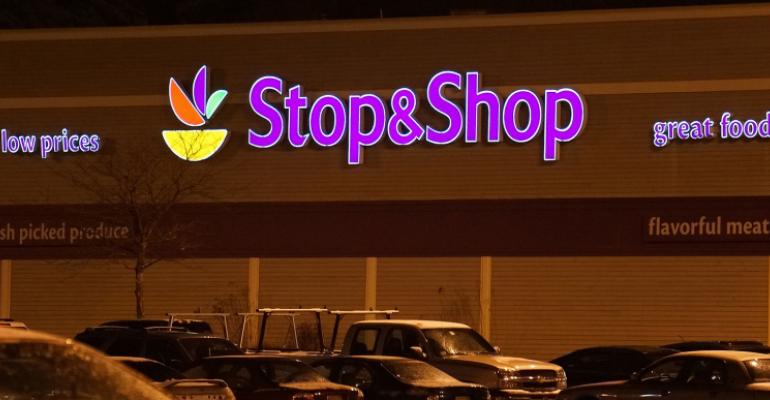 Each of the local brands will have distinctive commercial strategies tailored to their markets with dedicated resources including category merchandising, assortment, pricing, promotions, marketing and formats teams, Holt said. “We designed these moves to try and develop the scale and leverage of a $40 billion, East Coast retail organization with No. 1 and No. 2 market shares in most of our markets and at the same time have a razor-sharp focus on local brands,” said Holt (left).

The combined Stop & Shop entity would operate about twice as many stores as the Giant Food and Giant/Martin’s brands also under Ahold USA. Those divisions, as well as the e-commerce site Peapod, will continue under their present leadership and in their current offices, Holt said. Delhaize America will continue to operate its Food Lion and Hannaford brands under current presidents Meg Ham and Mike Vail, respectively. Frans Muller (left), acting COO of Delhaize America, said he anticipated continuing in that role at least through the establishment of the new structure, which is expected to be completed early next year.

Holt said he anticipated that business units within RBS would “stand up” through the course of the year, mentioning that private label would be among the early areas where stores could show benefits of the new arrangement. He added that the company was “just getting into discussion” on harmonizing distribution methods throughout the company, anticipating that current arrangements whereby Delhaize self-distributes most goods and Ahold outsources much of its distribution, would continue in the near term.

In addition, the company said the following executive appointments in the U.S. will become effective when the structuring is complete early next year:

Muller said the changes underway represent a part of the combined company’s goals to realize around $500 million in merger synergy savings by 2019. Around 60% of those savings would be realized in the U.S., which is about the percentage of global revenues the U.S. contributes.