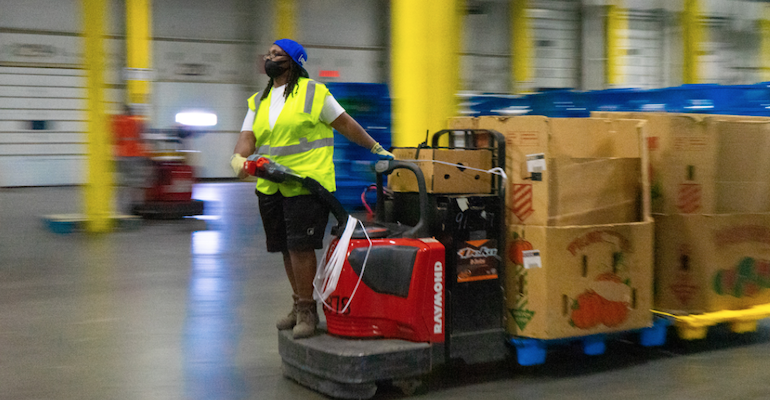 As part of an ongoing transition, Ahold Delhaize USA has converted its first supply-chain facility to its integrated, self-managed network in 2022.

“The conversion of the Bethlehem facility is an important milestone,” Bob L’Heureux, vice president of supply chain services for ADUSA and self-distribution implementation lead, said in a statement. “It’s not only the first facility to convert in 2022, but with the addition of this distribution center, we now have the first facility in the network that serves more than one Ahold Delhaize USA brand. This is an important capability to add as we continue to transform the supply chain network into an integrated, flexible model that supports omnichannel growth for the brands we serve.”

Under a three-year supply chain transformation unveiled in December 2019, Zaandam, Netherlands-based parent Ahold Delhaize plans more than 85% of its U.S. distribution network to be self-managed by the end of 2022. The company hit its transition target last October, with the network reaching self-managed center-store volume of 65%.

Four more DCs are slated to be converted to self-management this year, raising the total number of integrated self-distribution facilities for store and e-commerce fulfillment to 25, up from 15 when the $480 million plan was announced.

Other facilities slated to transition to the ADUSA Supply Chain self-managed network in 2022 include DCs in York, Pa., and Chester, N.Y., plus two automated frozen warehouses in Mountville, Pa., and Plainville, Conn., opening in partnership with cold storage provider Americold.

Most recently, in September, ADUSA opened a new 1 million-square-foot DC in Manchester, Conn., to supply more than 450 Stop & Shop stores and e-commerce centers. And in July, ADUSA began operations at a new DC in Mauldin, S.C., that was acquired from C&S and now supplies Food Lion supermarkets.