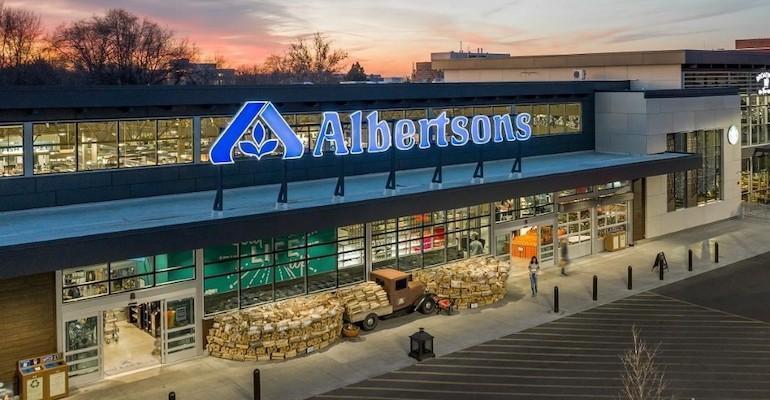 Albertsons Cos.
King County Superior Court in Washington state has scheduled a Nov. 16-17 hearing on whether to grant a preliminary injunction against the Albertsons special dividend payment, originally slated to be made on Nov. 7.
News>Retail & Financial

Albertsons again must hold off on $4 billion special dividend

Albertsons Cos.’ planned $4 billion special dividend payment, related to its merger agreement with The Kroger Co., has been delayed again.

King County Superior Court in Washington state yesterday set a hearing for Nov. 16 and 17 on whether to grant a preliminary injunction against the dividend payment. The move came after Judge Ken Schubert, in State of Washington v. Albertsons Companies Inc. et al. (Cause No. 22-2-18046-3), heard arguments from state attorneys and the supermarket chains in a 3 p.m. (PST) Zoom hearing.

Albertsons’ special dividend of $6.85 per common share was scheduled to be paid Nov. 7 but remains suspended under a temporary restraining order (TRO) attained Nov. 3 by Washington State Attorney General Bob Ferguson through the King County Superior Court. The TRO blocked the payment of the dividend until at least the hearing on Nov. 10.

“Albertsons Cos. continues to believe that the claim brought by the state of Washington is meritless and provides no legal basis for canceling or postponing a dividend that has been duly and unanimously approved by Albertsons Cos.’ fully informed board of directors,” Boise, Idaho-based Albertsons said Thursday evening in a statement on the rescheduled hearing.

On Nov. 8, the U.S. District Court for the District of Columbia denied a request by the attorneys general of California, Illinois and D.C. for a TRO to halt Albertsons planned dividend payment. The TRO in Washington state, though, remained in effect and suspended the payment. D.C. AG Karl Racine said in a Nov. 4 joint status report filing that he plans to move for a preliminary injunction after the court rules on the Washington state TRO.

Kroger and Albertsons announced their $24.5 billion merger deal on Oct. 14, in which the nation’s largest supermarket retailer (Kroger) plans to acquire the second-largest (Albertsons). The companies said they expect the transaction to close in early 2024, but industry observers said regulatory clearance could take up to two years.

The AGs of D.C., California and Illinois last week had filed suit to stop the Albertsons dividend payment pending a full review of the merger agreement by state and federal regulators. Efforts to stop the dividend claim that its size will impede Albertsons’ operations and ability to compete during the merger deal’s antitrust review, in turn negatively affecting workers and shoppers.

The lawsuits followed a letter sent late last month to Albertsons CEO Vivek Sankaran and Kroger Chairman and CEO Rodney McMullen urging them to suspend the dividend payment. The letter — signed by Ferguson (D.) , Racine (D.) and state AGs Mark Brnovich (R.) of Arizona, Rob Bonta of California (D.), Lawrence Wasden (R.) of Idaho and Kwame Raoul (D.) of Illinois — asked Albertsons to respond by Oct. 28. However, the grocer declined to hold off on the dividend payment.