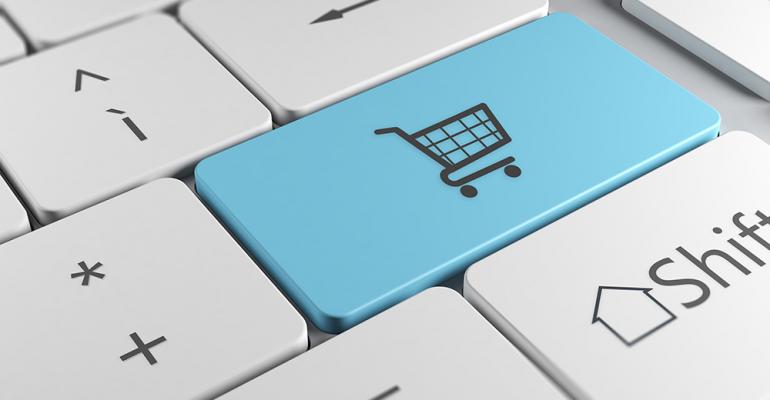 Albertsons said this week that sales through its self-operated home-delivery service were up 19% year-over-year in the second quarter and that it was expanding the availability of its click-and-collect offering.

Revenues for the period were down 0.2%, to $13.83 billion, as identical-store sales fell 1.8%, including a 4% decrease in traffic and 2.2% increase in average basket size. The ID sales decline compared with an increase in ID sales of 0.1% in the year-ago quarter, but the latest results reflected a sequential improvement over the first quarter, when IDs were down 2.1%, and over the fourth quarter of 2016, when IDs fell 3.3%.

“We are pleased the trend has improved,” said Wayne Denningham, president and COO, in a conference call with debt analysts on Monday.

The company, which is owned by Cerberus Capital Management, faced intense competitive activity in recent quarters, executives said during the call. As a result, Albertsons promoted heavily in the second quarter, including specials such as 10-for-$10 offers and buy-one-get-one-free deals that encouraged larger baskets and may have reduced trip frequency, the company said.

Albertsons executives said they believe competitive pressures could ease in the remainder of the year as inflation returns and lessens the need for operators to promote heavily in order to drive comparable-store sales.

“We expect we will see deflation continue to give way to inflation throughout the rest of the year,” said Denningham.

Meanwhile Albertsons said it was making progress on the integration of Safeway’s systems and on its investments in digital initiatives, which included the acquisition of meal kit delivery service Plated after the end of the second quarter.

“Not only do we expect Plated’s online sales to grow, but it will accelerate our ability to offer meal kits in-store,” said Denningham.

Albertsons also said it would expand its click-and-collect service to 80 stores by the end of the current fiscal year and to 200 stores by the end of fiscal 2018. The company also continues to build out its distinctive home-delivery service, which Denningham described as a “white-glove” operation. It is staffed by Albertsons’ own personnel, who deliver the product into customers’ homes using Albertsons’ own fleet of trucks, which will soon number more than 1,000.

Albertsons is also upgrading its mobile app to facilitate e-commerce orders, and is expanding into new markets with its “Just for U” digital loyalty program, which saw registration rise 23% in the quarter, relative to a year ago.

“They are investing in digital, and doing a lot with their private labels — they are doing all of the right things,” said Mickey Chadha, an analyst at Moody’s Investors Service. “It’s just a matter of reducing their leverage, since they did put a lot of debt on the balance sheet.”

Overall, Chadha said Albertsons has been performing well with the integration of the acquired Safeway stores and the Albertsons stores from Supervalu, but has struggled along with the rest of the industry amid the deflationary environment of 2016 and early 2017.

He also said he views the Plated acquisition as a positive development as the company seeks to offer a range of opportunities for consumers.

Albertsons also is ramping up the automation of its distribution center network, which it said would increase efficiencies and help drive profitability. The first automated DC, in Tolleson, Ariz., is slated to come on line using systems from Symbotic in the fourth quarter. The company said “several” additional DCs are slated to be automated as well.

Gross profit margin decreased to 27% of sales for the second quarter, compared to 27.2% in the year-ago second quarter, which the company attributed in part to price investments and an increase in shrink as a percent of sales.

Selling and administrative expense increased to 27.5% of sales for the second quarter, up from 26.5% in the year-ago period, driven by impairment charges for underperforming stores, higher employee wage and benefit costs due to union contract and minimum-wage increases, higher depreciation and amortization expense and deleveraging of sales against fixed costs. The company also incurred impairment charges for certain information technology that is being replaced as the company develops a new digital platform.

Albertsons said capital expenditures are projected at $1.5 billion for fiscal 2017, which includes spending on 170 remodels and 21 new-store openings. At the end of the second quarter, Albertsons operated 2,328 locations, eight more stores than a year ago.

Last month the company announced a sale-leaseback transaction for 71 of its locations, through which it would raise $720 million, or $650 million after taxes, to be used to repay debt or to invest in operations.

Chadha said he believes the company could use the cash for additional acquisitions, as several smaller operators struggle to compete and look for exit strategies.

During the conference call, Denningham said the company evaluates all acquisition opportunities that become available but continues to take a “disciplined approach.”