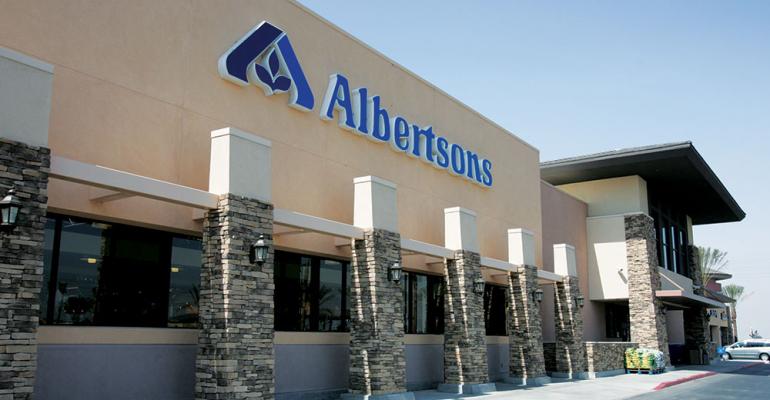 Albertsons said it has agreed to sell its 49% stake in its Casa Ley operations Mexico to Tenedora CL del Noroeste for about $345 million.

The Casa Ley division had been owned by Safeway when Albertsons and Safeway merged in 2015, and the companies said at that time they would seek a buyer for the stores. The sale, which is subject to Mexican antitrust approval, is expected to close by Feb. 28.

The proceeds will be distributed to previous holders of Safeway stock, as per an agreement announced at the time of the Albertsons-Safeway merger.

The news of the sale came as Albertsons reported weaker-than-expected sales results in the fiscal third quarter, but said it expects sales improvements in the fourth quarter and beyond.

“During the third quarter we expected to see significant sales improvement as a result of price and promotional investments, but we experienced disappointing results from these investments as our identical-store sales for the third quarter matched the second-quarter decline of 1.8%,” Robert Miller, chairman and CEO, said in a conference call with analysts.

He said the company has since adjusted its promotional strategy to focus on certain key markets, rather than investing heavily across the entire organization, and the effort seems to be driving improved sales and traffic. ID sales have been positive in the last several weeks, and are expected to remain positive in the final six weeks of the fiscal fourth quarter, he said.

In addition, food-cost inflation has returned to several categories across the store, and is being passed along in retail prices, Miller said.

In the third quarter, Albertsons’ aggressive promotional activity in many of the markets where it holds significant market share prompted competitors to become sharply promotional as well, he explained.

“So, we didn’t get anything for our money,” Miller said.

In addition, the third quarter was impacted by the integration costs of consolidating warehouses and converting stores to new systems, which also helped drive up shrink in the quarter, the company said.

For the 12-week period, which ended Dec. 2, net income totaled $218.1 million after a tax benefit of $523.5 million. The operating loss for the quarter was $95 million, compared with operating income of $153.9 million in the year-ago third quarter.

Sales were flat at about $13.6 billion in the quarter. The 1.8% decline in identical-store sales included a 2.7% decrease in traffic, partially offset by a 0.9% increase in average basket.

Traffic has since turned positive in the first few weeks of the fourth quarter, Miller said, which is one of several indicators leading the company to be optimistic about its prospects for the year ahead.

Others include the company’s ongoing rollout of e-commerce delivery and store pickup, its expanded partnership with Instacart and the growth of its Plated meal kit service both as a home delivery business and as an offering in stores. Plated meal kits have been rolled out to some stores in Northern California, and will be expanded to other regions in the coming year, Miller said.

The Drive Up and Go service, which allows customers to order online and pick up at the store, is expected to be rolled out to 500 stores in 2018, the company said. In addition, Albertsons has been “pleased with the initial response” to the company’s partnership with Instacart, Miller said.

In addition to the Plated acquisition and the expanded Instacart partnership, the third quarter also included the acquisition of a 45% stake in the 16-store El Rancho Supermercado chain in Texas. The investment included $70 million in cash and $30 million in equity.

Competitive new-store openings that impact Albertsons’ existing store base are expected to decrease by about 30% in the next year, Miller said. Some of the company’s major competitors, including Walmart and Kroger, have announced a slowdown in new-store development.

“You will see fewer supermarkets open in the next few years,” he said.

Albertsons, too, is slowing down its new-store development in the coming year, Miller said. The company is planning to reduce capital expenditures by about $300 million, to $1.2 billion, in fiscal 2018, although investments in technology will increase, including investments in automated warehouses.

The first automated warehouse is expected to come online in Tolleson, Ariz., in the current fourth quarter, and several more are expected to follow in the coming years, including one in the Chicago area.

Albertsons also said it expects to see about $150 million to $300 million in savings per year as a result of the new tax reform legislation, and said it would provide more details in its fourth-quarter earnings report.

In addition, the company expects another $100 million in savings from post-merger synergies in the coming year, on top of the $675 million in synergies to date.

As a result of the cost reductions and increased synergies, as well as expected ID sales growth, Albertsons said it expects adjusted EBITDA in fiscal 2018 to be approximately $2.7 billion. Adjusted EBITDA through the first three quarters of the current year totaled about $1.7 billion.