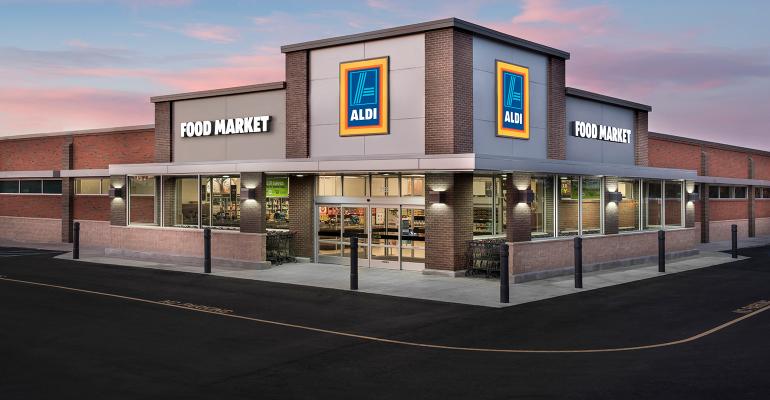 Aldi to invest $3.4B in further expansion

The hard discounting of America is on.

Aldi on Monday announced a $3.4 billion capital investment that would expand the small discounter to 2,500 locations by the end of 2022 — an expansion the company said would make it the third largest U.S. grocery chain by store count. The announcement comes just days before its German counterpart Lidl opens its first U.S. stores, with the latter company expected to add hundreds of new grocery stores in the years ahead.

Batavia, Ill.-based Aldi is nearing the end of a $3 billion investment announced in 2013 to expand to 2,000 stores by the end of 2018. It operates more than 1,600 stores today. Earlier this year, Aldi announced a separate initiative to invest $1.6 billion in 1,300 store renovations, indicating the company is unleashing $5 billion toward growth in the next five years.

In a press announcement of the initiative Monday, CEO Jason Hart emphasized Aldi’s leadership in the hard-discount space, and the assortment evolution supported by renovations and new stores in recent years. Both Lidl and Aldi are positioning themselves as trend-right, less-expensive alternatives to traditional grocery stores.

“We pioneered a grocery model built around value, convenience, quality and selection and now Aldi is one of America’s favorite and fastest growing retailers,” said Hart. “We’re growing at a time when other retailers are struggling. We are giving our customers what they want, which is more organic produce, antibiotic-free meats and fresh healthier options across the store, all at unmatched prices up to 50% lower than traditional grocery stores.”

Aldi said the expansion would allow it to serve 100 million customers every month in the U.S. and add more than 25,000 new jobs. With 2,500 stores, it would trail only Walmart (which currently operates about 4,200 U.S. Supercenters and Neighborhood Market stores combined); and Kroger (nearly 2,800 stores) in terms of number of stores operated, while surpassing Albertsons Cos. (around 2,200) and Ahold Delhaize (2,000).

Analysts expect Lidl could build up to 1,000 stores by 2021, indicating German hard discounters could soon be gaining on Walmart in terms of total U.S. food stores operated.

Aldi, whose U.S. division was founded by German parent company Aldi Sud in 1976, has continued to evolve its selection of products to include more fresh foods, gluten-free options and award-winning products throughout the store. Aldi has also continued to increase its offering of fresh and sustainable seafood, specialty wines and cheeses, organic items from its SimplyNature line and Little Journey baby products. ALDI was the first grocery store to offer all of its exclusive products free of certified synthetic colors, added trans fat and added MSG.

“We have passionate fans who know Aldi offers a smarter way to feed their families in a modern, convenient and easy-to-shop environment,” added Hart. “If you’ve never shopped with us, we invite you to come in and discover the Aldi that millions already know and love.”